Which Haikyuu Team Are You? – Personality Quizzes

Take this which Haikyuu team are you quiz to test which team are you? Answer these quick questions to find out. Play it now!

Wakutani Minami High School first appears in the series. The team, like Karasuno, is located in Miyagi prefecture, and Takeru Nakashima, Wakutani’s captain, is inspired by the Little Giant. The team is best recognized for its defense and has been compared to Nekoma High.

While all of these parallels and similarities initially create an interesting tension between Karasuno and Wakutani, creating a series about Wakutani would feel a little like peering into a funhouse mirror. The story would simply feel unoriginal.

Haruichi Furudate, a mangaka, has a genuine talent for creating interesting characters. Even though they all have Furadate’s signature traits, such as pointed ears, feline eyes, and a vast, subtle variety of facial emotions, no two Haikyuu!! characters look the same.

The guys of Ohgiminami, on the other hand, appear to be drawn by another hand. This plain-faced group is introduced as a defeatist lot after losing their champion member to graduation. Despite this, after losing against Karasuno, the team captain weeps with sadness, vowing to do better next time. Ohgiminami has the longest distance to go in a series full of underdogs, but he can make the journey worthwhile. Also, you will find out which Haikyuu team are you in this quiz.

Which Haikyuu team are you?

Shiratorizawa is one of the series’ most formidable teams, and the school has a harsh reputation as a powerhouse. Add to that Ushijima’s fearsome strength and Tendou’s cunning, and it’s no surprise that the Karasuno vs. Shiratorizawa bout is relentless and enthralling.

While there are no villains in Haikyuu!!, opponents like Shiratorizawa come close. The team is obscenely powerful, aristocratic, and devoid of underdogs. This is a group of privileged students that always expect to win and generally do, so there would be no friction to keep a show about them interesting to watch.

Fukurodani, like Shiratorizawa, has a highly talented ace. However, Bokuto’s witty personality is far from the team’s main asset. A show cannot be made by a single character, and Bokuto is a fundamentally flawed participant. As capable as he is, he is prone to mood swings that threaten to ruin his team.

The core of a Fukurodani series would not be Bokuto, but his friends, who understand and support him even when he is at his worst. When leaders fail, followers must step up, and one group has it down to a science that is both entertaining and heartwarming to witness.

Unfortunately, in sports anime, some opponents exist solely to be defeated by the protagonists, with nothing more substantial than a fleeting presence in a “getting better” montage, as appears to be the case with Kakugawa High. Though Furudate does a fantastic job of humanizing the majority of the characters in the series, certain teams fail to make an impression.

When there are so many other, more appealing alternatives for a spin-off, focusing on Kakugawa would be a mistake. These choices are significant in the shonen genre.

Johzenji gets little more screen time than Kakugawa, yet the effect of this explosive bunch of players is still felt in the fans. Their enthusiastic mayhem on the court, dubbed the “party” team, provides excellent entertainment.

Terushima, their captain, believes that sports should be pleasant, and while playing Karasuno inspires him to pursue volleyball more seriously, he is not mistaken. A series about this team of firecrackers trying to balance spontaneity and control would be a lot of fun.

Dateko has a lot to love, but does he have what it takes to sustain a series? Dateko appears as a threat early in the series, when Karasuno is still getting its act together. They are quickly defeated, and the notorious “wall” is regularly smashed and surpassed by subsequent teams.

Viewers are forced to understand Dateko’s strengths and shortcomings, and while the actors all have their own charisma, it feels like this story has already been told to its conclusion. 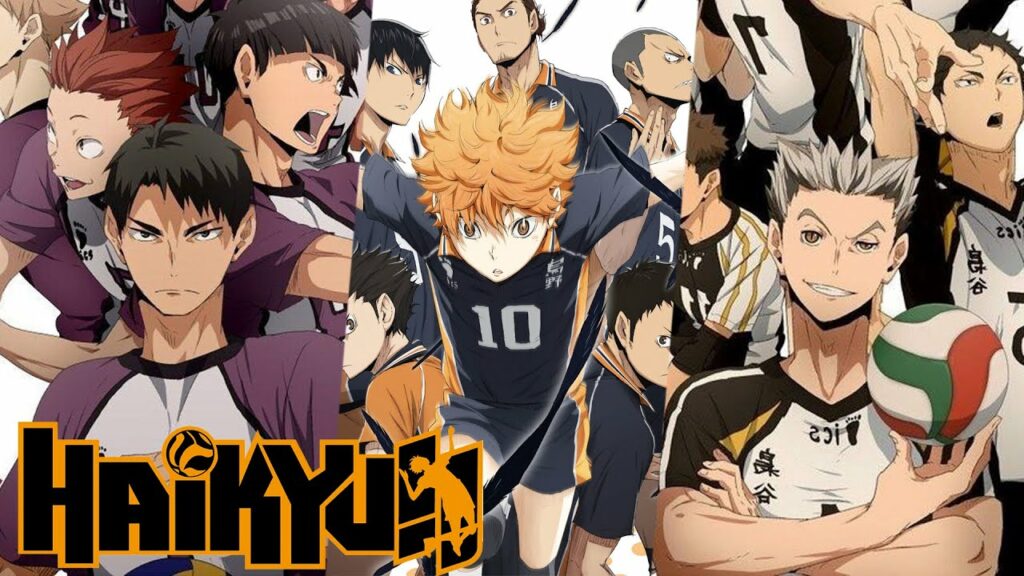