So, to begin, I’d like to express how unfortunate it is that “Miracle Queen” was a dreadful dumpster fire of an episode, because “Heart Hunter” had a lot of positive things going for it. It had better pacing than usual, allowed Marinette to have fun with Adrien and Kagami rather than being miserable all the time (she was miserable a few times but for good reason), gave Luka screentime and let him do things, built suspense with Hawk Moth taking the Miracle Box, and allowed Marinette to both breakdowns and be comforted.

“Heart Hunter” was not a perfect episode, but it was excellent by Season 3 standards. Its worst flaws are stuff I’ll get into later, but the majority of them are related to what “Miracle Queen” ends up being. I mean, regardless of how hard “Miracle Queen” tries (and fails) to follow up on what “Heart Hunter” does, the two episodes feel as if they were written by completely different people; it’s as if someone wrote “Heart Hunter,” got fired before writing the next episode, and someone else who despises Marinette and good storytelling, in general, was brought on and told to finish what the other writer started. Also, you will find out which Miraculous character are you in this quiz.

Which Miraculous character are you?

But, in any case, I just wanted to get that off my chest. Let’s get started with the salt.

The main issue with Chloe is that the writers gave contradictory messages.

Sabrina returns to Chloe in “Illustrator,” not because she is in a poisonous relationship and doesn’t know how to deal with a better one, but because of a sheer misunderstanding.

Chloe didn’t have to apologize for anything in “Anti bug.” Chloe chose to give Sabrina a present rather than apologize, and this was only because Ladybug brought up their friendship.

Chloe tried to be polite in “Despair Bear,” but only to please Adrien. She reverted to her old ways as soon as he was back on her side.

Chloe felt awful for Miss Bustier after hearing “Zombizou.” Oh, wonderful, she sacrificed herself, but for what when Miraculous Ladybug fixes everything anyhow, and now Marinette is lead to believe she has to be a good example for her bullies when it was the bully receiving repercussions for their acts that caused them to react? 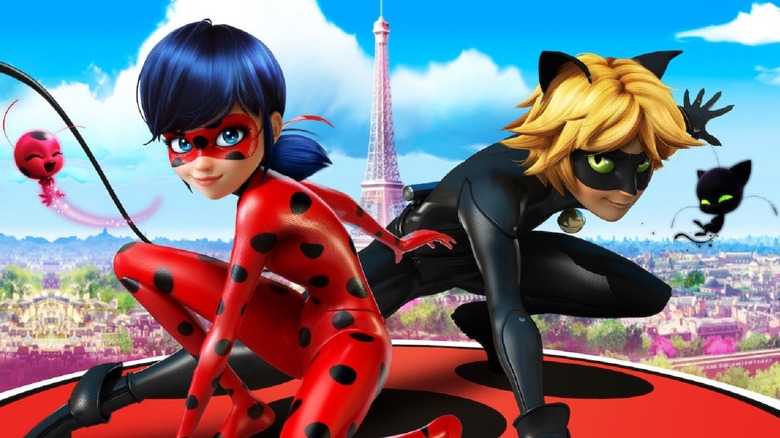