Which Hazbin Hotel Character Are You?

Hazbin Hotel is a web series with musical performances, dark humor, and mature themes. Vivienne “Vivziepop” Medrano created it and published it on YouTube, along with a companion series called Helluva boss. The sitcom chronicles Satan’s daughter’s exploits as she attempts to transform hell from a backstabbing wasteland into a happy go glad place where all sinners work towards going to heaven. With hell’s overpopulation and yearly extermination of its inhabitants, Charlie (Satan’s daughter) establishes the Hazbin Hotel to rehabilitate sinners. Charlie and her lover Vaggie take in Angel Dust, a well-known porn star and drug addict who refuses to be treated. In addition to being an ardent supporter, the evil radio demon Aliastar, who instills himself into the hotel to kill time and watch the sinners fail. With only one episode available and an unfinished comic book on the website, many fans have already begun to concoct hypotheses about where the plot will go next.

The Hazbin Hotel audience is most likely between the ages of 14 and 40. Hazbin Hotel appears to be of a special taste, with its gloomy themes and inventive characters, but the show has many qualities that appeal to a wide audience. The characters’ plotlines keep viewers curious and interested, the short films and companion programs allow for additional information to be gained, and the massive fan support gives a lively community. It’s difficult to dislike it after you’ve seen it, because of the endearing character design and catchy music. Also, you will find out which Hazbin Hotel character are you in this quiz.

Which Hazbin Hotel character are you?

From what we can tell, the Hazbin Hotel is a smashing success. From fan art to fan fiction, Hazbin already has a sizable and well-established fan base. This is a positive thing because the program is not linked with a producer and instead relies on fan donations to develop new content. This permits the creator to have no outside influence from a higher up, but it puts the series on hold for a lengthy time. Vivziepop is always updating her Twitter with new ideas and content to inform her fans that she is continuously working on new episodes. The most recent additions were a short film called Holidaze and a music video called Oh Millie by Helluva Boss.

Hazbin Hotel is a musical adult web series created by our favorite girl, Vivienne Medrano, about sweet Charlotte Magne (or Charlie), daughter of Lucifer and Princess of Hell, whose home of the Underworld had just undergone another extermination by the Angels of Death, who control overpopulation in Hell once a year. Charlie, on the other hand, is a demon who feels regret in her heart and really mourns for her people, despite the fact that they are all sinners and awful people.

But Hell is her home, and it is also every dead soul’s new home for the rest of eternity, so she decides to take action. She believes that if all demons can redeem themselves and become better people, the Angels will not slay them and they will all be able to travel to Heaven, where true happiness can be found.

While Charlie is all sunshine, rainbows, and unicorns, her girlfriend Vaggie is the only demon who has so far supported her aspirations and plans. Lilith and Lucifer (who aren’t visible in the pilot scenes) are busy doing their tasks, while Charlie plots a method for everyone to be happy.

So far, all of her plots have failed, and she is forced to be embarrassed and simply be the princess that she is, minding her own business. However, she now has an idea that is part of the storyline. She plans to open a rehabilitative hotel for every soul in Hell to signify their redemption and change of heart as they recuperate from their recent annihilation. 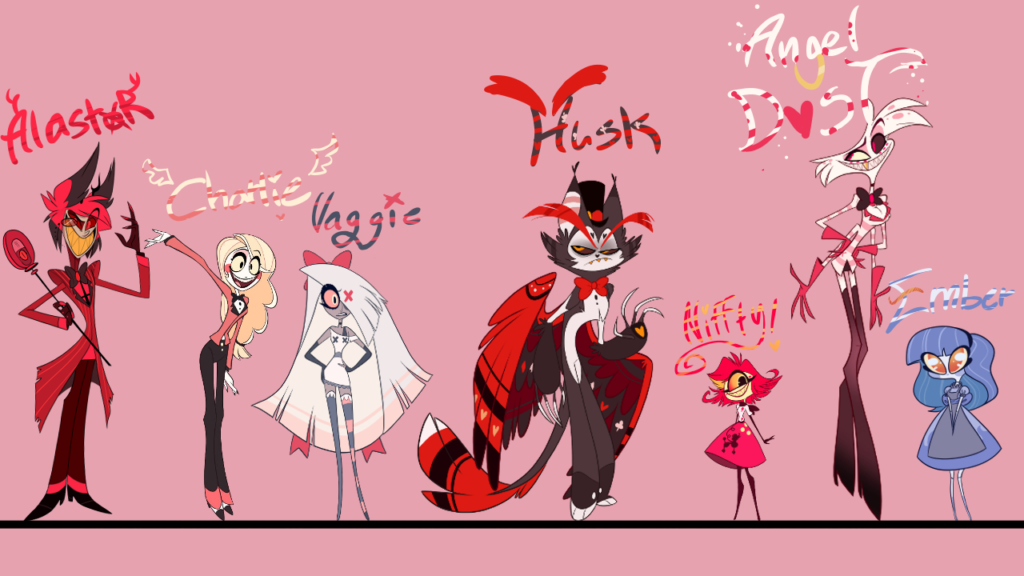