Which R5 Member Are You? – Personality Quizzes

They’ve come such a long way! R5 debuted on the music scene in 2009. The five-piece band split up in 2018 after releasing three EPs and two full-length albums.

The group, made up of siblings Ross Lynch, Rydel Lynch, Riker Lynch, and Rocky Lynch, as well as close friend Ellington Ratliff, released their first single “Without You” before releasing their debut EP, Ready Set Rock, in March 2010.

Following the release of their final EP, New Addictions, in May 2017, R5 chose to pursue other endeavors. While Ross was well-known for his roles on the Disney Channel and in the Netflix series Chilling Adventures of Sabrina, he and Rocky also formed The Driver Era.

“We’ve been trying new approaches and new ideas about how we want to approach music on a constant basis. Rocky told Billboard in March 2018: “This just happened to be the next step.”

Which R5 member are you?

Ross revealed how the boys came up with the concept to break out from R5 during the same interview. Also, you will find out which R5 member are you in this quiz.

The actor and musician expressed a desire to “be able to produce whatever we want to make.”

“The best outlet for recent works wasn’t necessarily R5, but The Driver Era,” Ross noted. “As every artist should, our goal is to push the boundaries of not only ourselves, but also of music, and to thrill people. You want to amuse people as an artist. We started the Driver Era simply because our creative activities needed it.”

The other members of the group have also explored various interests over the years. Ellington, for example, launched his solo career in April 2021 with a self-titled EP.

“The entire process began around three years ago, which is incredible given how quickly time passes. “There was a lot to figure out, including my sound and how to properly produce because I was never the only producer in my previous projects,” the drummer told Clash Music at the time. “Then, this year, I concentrated on mixing and mastering, as well as putting together a team to get my project off the ground. Now that I have an EP out, it’s quite surreal to watch this dream come true.”

R5 is made up of brothers Riker Lynch, Rocky Lynch, Ross Lynch, and Rydel Lynch, all of whom were born and raised in Littleton, Colorado, and their family friend Ellington Ratliff, whom they met at the Rage dancing class in California. They asked Ratliff to join the band about a year after they met. The Lynch siblings attended a performing arts school while residing in Colorado. They used to put on shows in their basement for their family and charge them at least a dollar to watch them. Riker decided to come to Los Angeles at the age of 16 to pursue a career as an actor. Mark and Stormie, their parents, relocated the entire family to stay together. Shortly after the relocation, the siblings began starring in advertisements, and Rocky began teaching himself, Ross, and Riker how to play the guitar. 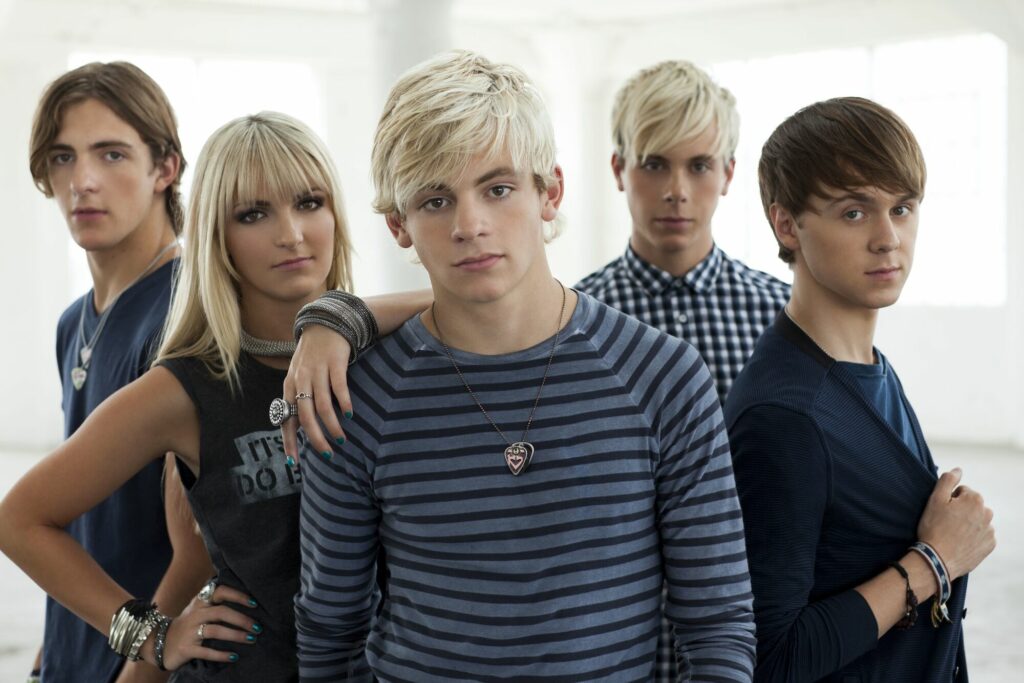