Take this which Ever After High Rebel are you quiz to test which rebel are you? Answer these quick questions to find out. Play it now!

Ever After High is a high school that prepares fairy tale characters’ adolescent children for the day when they will take their parents’ place and keep their stories alive. This year, though, Raven Queen, a young woman chosen for the role of villain, explores another option: one in which she can have her own Happily Ever After.

This irritates the Headmaster, Milton Grimm because the stories must be repeated to continue to exist. Furthermore, many of the pupils, lead by Raven’s counterpart Apple White, are opposed to Raven and her like-minded colleagues deviating from their duties since it may interfere with their destinies. Along these lines, the student population is divided into two groups: the Royals, who are generally individuals who were promised a Happily Ever After from the moment they were born, and the Rebels, who are either not favored by fate or sympathize with those who are. The Royals want the security of continuing their story, while the Rebels want the freedom that altering the script provides.

Even though the fight rages on, life carries on as usual. This pushes students to not only figure out their opinions and wishes and how to fight for them, but also to negotiate how this affects their familial connections, friendships, and romances, as well as their academic performance. Life at Ever After High may be fascinating, but it is far from straightforward. Also, you will find out which Ever After High Rebel are you in this quiz.

Children attend the Ever After High boarding school to prepare for their roles as fairy-tale heroes or villains. Apple White is looking forward to Legacy Day when she and her classmates will sign the Storybook of Legends and swear to follow in their fairy-tale parents’ footsteps. Apple is confident that she will find her happily ever after as the next Snow White. Raven Queen, Apple’s roommate, is less thrilled. Her fate is to follow in the footsteps of her evil mother, dispensing poisoned apples and bringing anguish and pain.

Raven isn’t looking to be evil. But what happens if Raven refuses to sign the book? At best, the girls and their story would vanish with a poof. At worst, they would all face an unscripted life filled with uncertainty, according to Apple.

Raven hears about a character named Bella Sister, who once refused to sign the Legacy Day Storybook. She’s curious about what happened to Bella and whether she vanished or made her happy ending. As Raven searches for clues in the past, Apple arrives to help her rebellious roommate. Meanwhile, Raven observes and converses with other pupils who are also secretly dissatisfied with being forced into a specific fate.

Following a lead, Raven and Apple travel far from school and believe they have discovered Bella’s bones. Apple believes this demonstrates that no one who goes “off book” can have a happy ending. Maddie Hatter later brings Raven to the Vault of Lost Tales on the advice of the narrator, Milton Grimm. There, they meet Milton’s brother, Headmaster Giles Grimm, who acknowledges that Legacy Day is a fraud and that the Storybook of Legends has no real power.

Legacy Day has arrived, complete with pomp and pageantry. While the princesses run around putting on their magnificent gowns, Raven mulls over what she’ll do about signing the book. Initially, goblins and other creatures lavish adoration on her. Though she appreciates her newfound authority, she recognizes that she is not an evil princess who will rise to become an evil queen. She makes her way to the podium. She tears out her page instead of signing the Storybook. She realizes that choosing is the most potent form of magic.

As professors and students cry and faint, the audience erupts. Many royals, including Apple, are enraged. Other pupils, like Raven, who despised having no say over their future, support her. Milton Grimm admits in an epilogue that he tried to deceive Raven into signing by fabricating Bella Sister’s death and planting other false evidence. He devises strategies to correct the issue so that no one would defy him again.

Which Ever After High Rebel are you?

For more personality quizzes check this: What Star Trek Race Are You?. 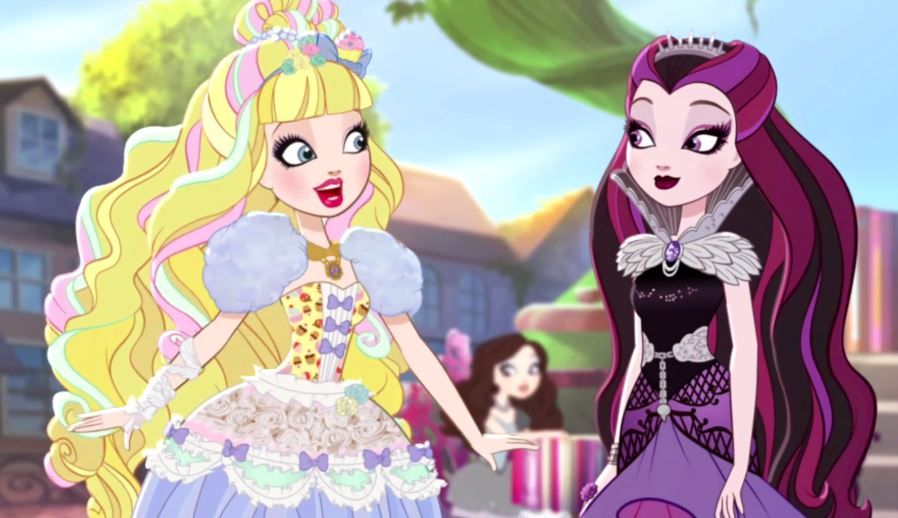