Which Breath Of The Wild Character Are You?

The Legend of Zelda: Breath of the Wild, believe it or not, includes a massive map, nearly a thousand Korok seeds to find, dozens of tasty recipes, climbable mountains and trees, great music, and a gripping plot. BotW provides players with unprecedented levels of freedom. Not only are there a plethora of side tasks, but players can easily become lost in the huge environment that Nintendo created with a painterly touch. When placed in such a lovely landscape, simply riding around, gathering ingredients, and occasionally beating a Bokoblin is entertaining.

But make no mistake: the plot in the game is as lovely as the meadows of a wild Hyrule. With all of the freedom the game provides, it’s easy to forget that Link has a mission to do. Even if you put off finishing the main story, it’s still there waiting for you. Princess Zelda is really present and waiting for you.

Which Breath Of The Wild character are you?

Many people, including ourselves, have attempted to untangle the complicated timeline that connects The Legend of Zelda games. The games span decades and feature a variety of art styles, but the tale remains consistent: a warrior named Link comes to the assistance of Princess Zelda of Hyrule, while Ganon or Ganondorf schemes to take dominance on the other side. The same can be said about Breath of the Wild, which acknowledges a long past that keeps repeating itself. Also, you will find out which Breath Of The Wild character are you in this quiz.

According to prophesy (and Nintendo executive order), Links, Zeldas, and Hyrule will always exist in some form or another. Long before the game begins, Link is referred to as the Chosen One by Zelda, who says, “Whether upward bound, adrift in time, or bathed in the bright embers of twilight… the sacred blade is permanently tied to the soul of the Hero.” Zelda is also connected to her duty as the goddess-touched princess; at times, she is the mortal manifestation of the goddess Hylia, while at others, she is blessed with the wisdom and magical might of the goddess Naryu. This Zelda, on the other hand, does not feel so favored.

When the game eventually begins, players take control of Link as he awakens in the Shrine of Resurrection. He had been in a deep slumber here for 100 years, but when he awoke, he had no recollection of what had transpired before or what had happened to the kingdom. Later on, you’ll learn how and why Link ended up there.

After the Master Sword chooses Link, he is acknowledged as the Hero of Time who has come before (Zelda plainly cites Skyward Sword, A Link to the Past, and Twilight Princess). He is chosen captain of Zelda’s guard and is always by her side, even during Ganon’s assault at Hyrule Castle.

Link was gravely wounded by Ganon’s army when the robots fell under his control during the fateful battle 100 years ago. Knowing that Link will be required to destroy Ganon in the end, Zelda uses her magic to distract the evil while Impa, the commander of the Sheikah, drags Link’s corpse away as life slowly seeps out of him. He is then placed in the bath in which he finds himself when he wakes up. A few tools and the Sheikah Tablet are nearby, and he’ll need them to actually begin his adventure. 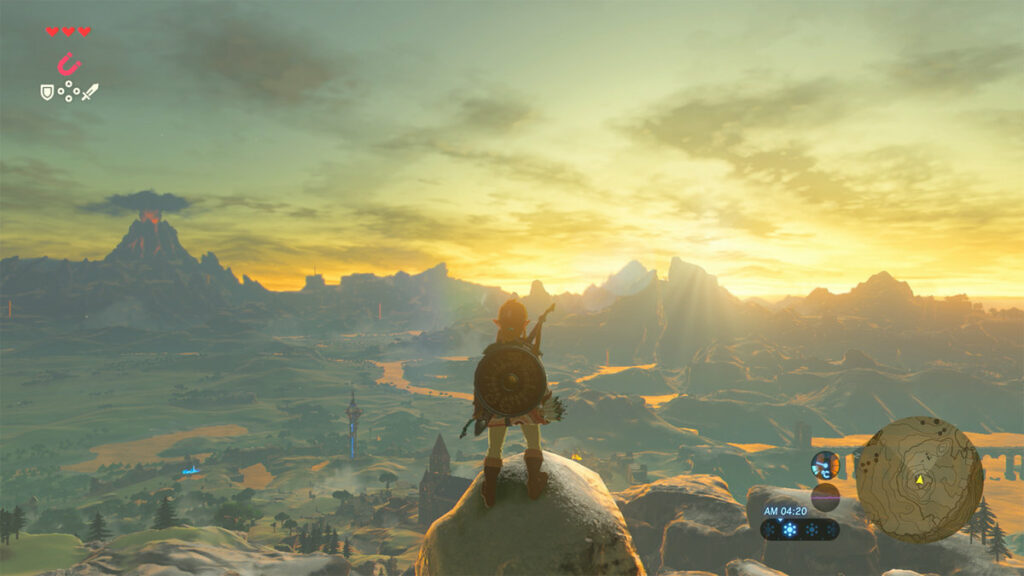