Which Lord Of The Rings Race Are You?

Take this which Lord Of The Rings race are you quiz to test which race are you? Answer these quick questions to find out. Play it now!

Men, of all the races in Middle-earth, are the most unpredictable. Men, with a strong ability for both good and evil, can aspire to become great rulers and heroes… or they can be corrupted and succumb to evil, as the Nazgul did.

The Third Age is drawing to an end, and by the time of The Lord of the Rings, Men are the most numerous, well-equipped, and stable of Middle-free earth’s people. Men had to rise to oppose Sauron’s wickedness, not the Elves or Valar who had done it in the past.

This poses a significant risk in the eyes of Elves and other “higher” entities, who regard Men as weak animals who are readily persuaded and lured by evil. They are aware, though, of Men’s potential.

Apart from Sauron, the only true threat to Men in the Third Age was other Men, who had to set aside their differences in order to defeat the Dark Lord. When he was beaten, the Fourth Age—the Age of Men—began, and it was a time of peace across the nation. Also, you will find out which Lord Of The Rings race are you in this quiz.

Which Lord Of The Rings race are you?

They are immortal and will not perish from old age or sickness, but they can still be slain. Elves are ultimately resurrected, however even by their standards, this takes a long period. While the Elves’ tenure in the Third Age was drawing to a close and their numbers were not what they once were, they were still unrivaled on the battlefield.

They can be haughty and pompous, but they can always be counted on to fight evil. Elves are useful friends for a variety of reasons, including their magical abilities, knowledge, leadership, and war skill.

There have been many renowned Elves throughout the years, the most notable being Glorfindel, who slew a Balrog by himself. Their decline occurred during the Third Age, and they have now vanished from this realm, but not before aiding in the defeat of Sauron.

The Balrogs fought for Melkor during the War of Wrath, which brought the First Age to a close. When he was slain, the Balrogs were defeated as well, albeit an unknown number escaped and took refuge deep below the Earth, such as the one in Moria.

There is significant controversy about how many Balrogs existed, yet even a single Balrog is powerful enough to defeat an army of mortal beings. Balrogs are resistant to mortal weaponry since they take the shape of enormous, demonic beings of living fire and shadow.

To even stand a chance of taking one down, it takes the might of a Maiar, therefore the best plan is to never cross a Balrog for any reason. Gothmog, Lord of the Balrogs, who perished in the First Age, was the most famous and powerful Balrog in history.

Gandalf, Saruman, Radagast, and two Blue Wizards were among them. Though they are the weakest of the Ainur, they play a more direct role in Middle-affairs earth’s and hence have more influence than the Valar.

All Maiar are powerful, but they have been instructed not to interfere directly with their power. Instead, they were told to influence the world of Men and lead them to Sauron’s defeat.

Saruman the White, the commander of the five, was the most powerful Maiar at the time. Gandalf and the Balrog Durin’s Bane, on the other hand, are extremely powerful. Though they are immortal spirits, the bodies they inhabit are easily murdered, as Grma Wormtongue demonstrates when she kills Saruman with a simple knife.

The Valar are one of the two races that make up the Ainur. They are extraordinarily powerful beings created by Arda’s greatest deity, Eru Iluvatar. There were 15 Valar, including Melkor, the first Dark Lord and the epitome of evil in the First Age.

For all intents and purposes, the Valar are gods, with powers far exceeding those of any other race other than Eru himself. During the Third Age, the Valar remained undetected because they preferred to remain hidden. This was most likely due to the devastation caused by their conflict with Melkor, which led in the annihilation of most of Middle-earth.

They learned that the more directly involved they are, the worse things are for Middle-earth. As a result, they chose to send their weaker half, the Maiar, to deal with the world’s concerns while they sat back and watched.

In The Lord of the Rings, the Valar are simply the hands pulling the strings, and their involvement is confined to the directives provided to Maiar. Their power is nearly unfathomable, but it is far too enormous to be used. 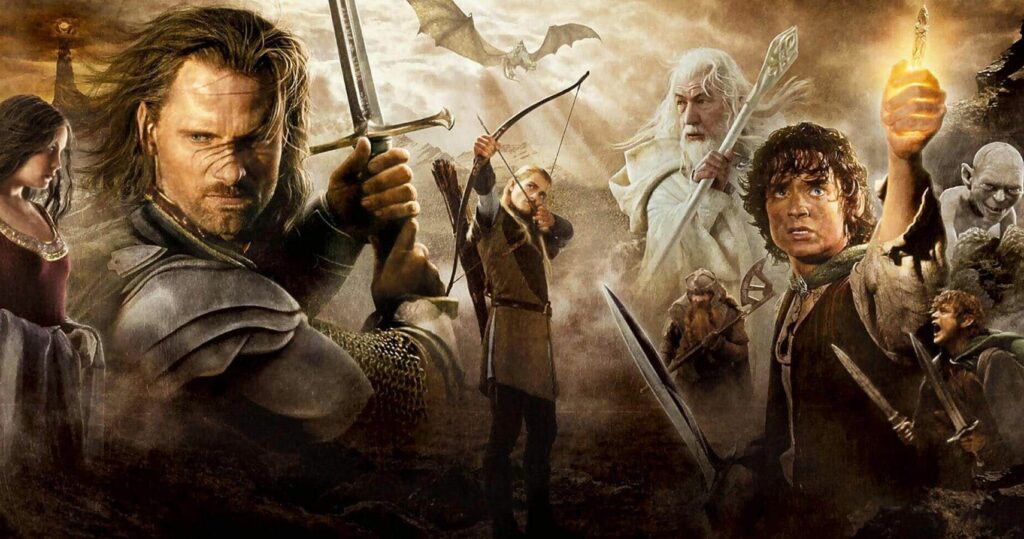