Which House Of Anubis Character Are You?

Anubis House is a residence at an English boarding school that dates back to the 1890s and is currently home to nine children under the rigorous supervision of the boarding school’s caretaker, Victor Rodenmaar Jr. (Francis Magee). As Nina Martin (Nathalia Ramos), an American girl, enters Anubis House, another resident, Joy Mercer (Klariza Clayton), mysteriously vanishes without a trace, and the school staff purges any signs of Joy’s presence. Patricia Williamson (Jade Ramsey), Joy’s best friend, is shocked to learn this and suspects Nina of being complicit in her abduction.

Forced to spend the night in the attic, Nina discovers an odd discovery: the recorded journal of a young girl she encountered previously as an old woman, Sarah Frobisher-Smythe (Rita Davies), who had lived in the house many years before. The tapes reveal that the mansion has a hidden past, a mystery that no one knows about. Sarah has given Nina an Eye of Horus-shaped necklace with unknown powers that Nina discovers when she decides to investigate the mystery of the mansion with her new friend Fabian Rutter (Brad Kavanagh) and new roommate Amber Millington (Ana Mulvoy Ten).

Which House Of Anubis character are you?

They form a secret gang named “Sibuna” (Anubis backward), whose popularity grows as Patricia makes up with Nina after realizing that Joy’s disappearance is linked to the house, and Alfie Lewis (Alex Sawyer), another classmate and prankster. Jerome Clarke (Eugene Simon) eventually becomes involved in the mystery as well. The secret is lost on Mara Jaffray (Tasie Lawrence), Mick Campbell (Bobby Lockwood), and Trudy Rehmann (Mina Anwar), the house mother. Sibuna finds all seven puzzle pieces hidden throughout the home and realizes that when the parts are placed together, they form the Cup of Ankh. This, however, can only be done by the chosen one. Also, you will find out which House Of Anubis character are you in this quiz.

Senkhara (the lost ruler, a dead spirit) from ancient Egypt curses Nina with the Mark of Anubis – with the admonition that she must discover the Mask of Anubis or she will perish. Sibuna discovers a chamber of tunnels beneath the home throughout their trek, which contains a series of perplexing and risky challenges to unlock new areas of the tunnels and ultimately to the mask. Senkhara, on the other hand, is dissatisfied with Nina’s progress.

She also marks Alfie, Amber, Fabian, and Patricia with the Mark of Anubis as a warning. Victor, like the rest of the group, is looking for the mask because he believes it has the missing ingredient for the elixir of life — gold tears. Victor urges Mr Sweet to procure an Egyptian Exhibition in order to obtain the Book of Isis, which includes the recipe for the elixir. Jerome finds his father in prison, and he informs him that in order to change his bad luck, he must retrieve the Frobisher Gem and place it in the Frobisher shield, which he stole as a youngster.

Eddie (Burkely Duffield), a new American student, becomes adversaries with Patricia, despite the fact that they are both drawn to each other. Victor teams up with Vera, Anubis House’s new housemother, who ‘assists’ him in retrieving the mask. Vera, unbeknownst to Victor, is in fact working with Rufus Zeno. It’s a race against the clock as Sibuna and Victor try to outwit each other in their pursuit of the Mask of Anubis, which will lead to eternal life. Nina eventually leaves to live with her grandmother for good.

For more personality quizzes check this: Which Ice Cream Are You?. 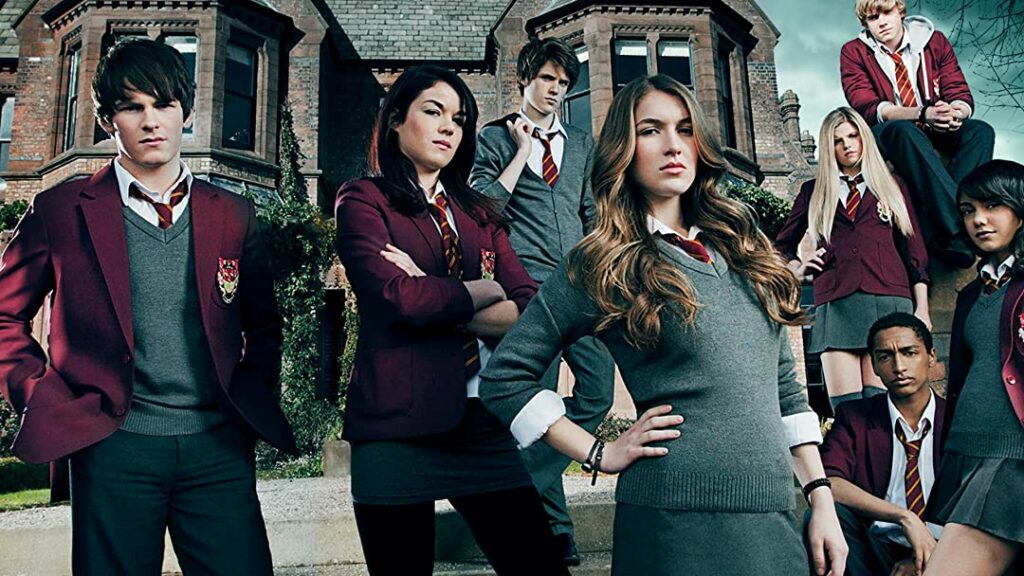