Tickle Quiz – How Ticklish Are You?

Take this Tickle Quiz to find out how ticklish you are. We update the quiz regularly and it’s the most accurate among the other quizzes.

Tickling, depending on a person’s tickle response, can be a fun game, a temporary annoyance, or a deeply unpleasant experience.

The sensitivity to tickling varies from person to person. Some people are only slightly ticklish at times, while others are completely ticklish.

For hundreds of years, scientists have debated the tickle response, but researchers are only now beginning to understand why some people are ticklish and what purpose this strange response may serve.

Although there are several possible explanations, researchers do not fully understand why people are ticklish and what evolutionary benefit tickling may provide. Also, you must try to play this Tickle Quiz.

There are two types of tickling, each with its own set of causes:

Knismesis occurs when a minor skin irritation, such as a bug walking on the skin, causes a strong desire to brush it away. Some people believe that this response protects against insect bites. This is how a person can tickle themselves.

Gargalesis is a type of more intense tickling that causes people to laugh when someone repeatedly touches a sensitive area of the body. People are unable to tickle themselves in this manner.

Some people believe that the tickle response serves a protective purpose. The most ticklish body parts, such as the abdomen and throat, are also the most vulnerable. An automatic reflex-like response to push away the source of the tickle could aid in the protection of these sensitive areas.

Tickling could be a reflex reaction. Even if some people dislike being tickled, it can still elicit a laugh reflex. However, just as a person may cry while cutting onions without feeling sad, laughter does not always indicate enjoyment.

A group of scientists put people in a brain scanner and then tickled their feet in 2013. They discovered that when tickling produced laughter, an area of the brain associated with involuntary responses (the hypothalamus) was activated. This implies that the tickle response is unintentional.

The authors also discovered that tickling can be perceived as a painful experience by the brain. It could explain why some people recoil in response to tickling and why many tickling games involve chasing someone who is attempting to flee.

Another fMRI study from 2013 discovered that the brain responded differently depending on whether the laughter was caused by tickling or by joking with friends. This lends credence to the notion that ticklishness is a reflex-like response.

People are more ticklish when they are surprised by the tickling. This could explain why people are unable to tickle themselves.

As a result, a person’s awareness of their ticklishness may influence how ticklish they are.

The tickle response is influenced by a person’s mood. People are less ticklish when they are sad or angry.

Anxiety made rats less responsive to tickling, according to a 2016 study. This could be true in humans as well.

The ticklishness of a person is also affected by who is tickling them. A trusted friend’s tickling is more likely to elicit a stronger tickle response than a stranger’s tickling.

Why are some people ticklish while others are not?

Researchers are baffled as to why some people are ticklish more than others. Some people believe that ticklishness is genetic, but there is no conclusive research to back up this theory.

Some people are ticklish on specific parts of their bodies but not others. For example, one person may be extremely ticklish on their feet but not under their armpits.

Because some people are more sensitive to touch than others, skin sensitivity can influence how ticklish a person is. A person who has lost feeling in a specific part of their body or who has desensitized nerves is less likely to experience the tickling response. 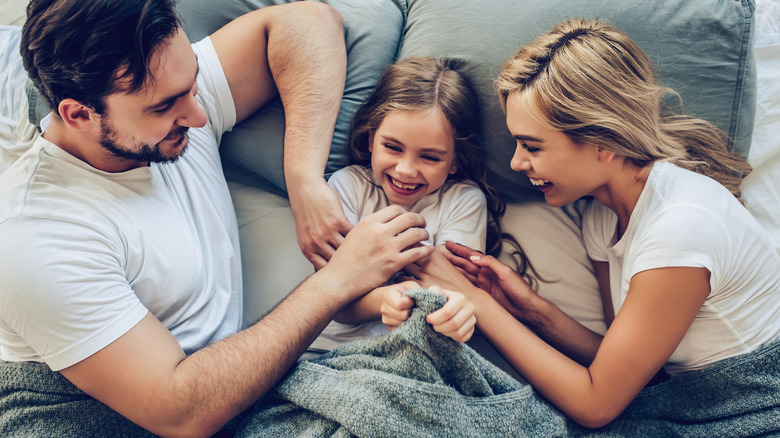