And then, with The Imperfects, Netflix made the decision to plunk yet another happy (or perhaps not so happy) set of young adults into our laps. The 10-episode, genre-blending TV show, which premiered on September 8, 2022, tells its tale by fusing aspects from several different genres, including horror, sci-fi, coming-of-age, action, adventure, and drama. Each episode lasts, on average, 43 minutes.

Kim Garland proposed the same plot, which was developed by Shelley Eriksen and Dennis Heaton and stars Rhianna Jagpal, Iaki Godoy, and Morgan Taylor Campbell as the main characters.

Until the end, the series briefly touches on a lot of the background mythology surrounding comic books and superheroes. There are several references to Superman and Transformers in the mix. It makes the audience think of X-Men, The Runaways, Deadly Class, and The Umbrella Academy, among other later films. That list ought to have made it clear to you that the show centers on young adults in their early 20s who are attempting to make sense of their lives after undergoing questionable experiments and experiencing unsavory side effects.

The Imperfects opens with Abbi (Jagpal), Juan (Godoy), and Tilda (Campbell) running out of their prescribed medications and going in search of Dr. Alex Sarkov to get a refill as they struggle to deal with their “genetic diseases.” When they first met him when they were children, it completely changed their lives. Also, you will find out which The Imperfects character are you in this quiz.

Dr. Syndey Burke, a talented scientist who appears in The Imperfects, is trying to atone for her past transgressions by assisting the three young adults in finding the villainous scientist who was responsible for their horrific side effects. By doing this, she can provide them with closure and help them find some answers about what happened to them, as well as atone for some of her own transgressions.

Italia Ricci, a Canadian actress, is most known for portraying April Carver, the series’ protagonist, in the ABC drama Chasing Life. She has also appeared in the television programs House, How I Met Your Mother, and CSI: Crime Scene Investigation. Also, you must try to play this The Imperfects quiz.

One of the three young adults that were impacted by the DNA experiment is Tilda Weber. Her abilities are similar to those of a Banshee, and because of her super-hearing and highly destructive vocal ability, they have pretty much destroyed her future as the lead singer of a band.

Geneticist Abbi Singh struggles to cope with her powers, which give her a kind of Succubus-like sway over others around her while juggling her own profession. She quickly realizes, though, that her skills aren’t as limited as she once believed.

She is portrayed by Rhianna Jagpal, an actress best known for playing Dipti Shaw in the anthology series Two Sentence Horror Stories and To All the Boys: Always and Forever.

Juan Ruiz, an aspiring graphic novelist in the series, undergoes a transformation into a chupacabra, a hideous creature that preys on animals and drinks their blood, therefore he also experiences a lot of bodily changes.

Iaki Godoy, an actor, is best-known for playing Bruno in the Netflix original film Who Killed Sara? as well as for his roles in the TV series La querida del Centauro and Sin miedo a la verdad. He will soon be seen in the One Piece adaption on Netflix.

The Imperfects quiz is made up of 30 questions that will help you uncover which character from the Netflix tv-series The Imperfects you are most similar to. It uses a specific technique to determine your personality and compare it with the character in the movie.

For more personality quizzes check this: Love In The Villa Quiz. 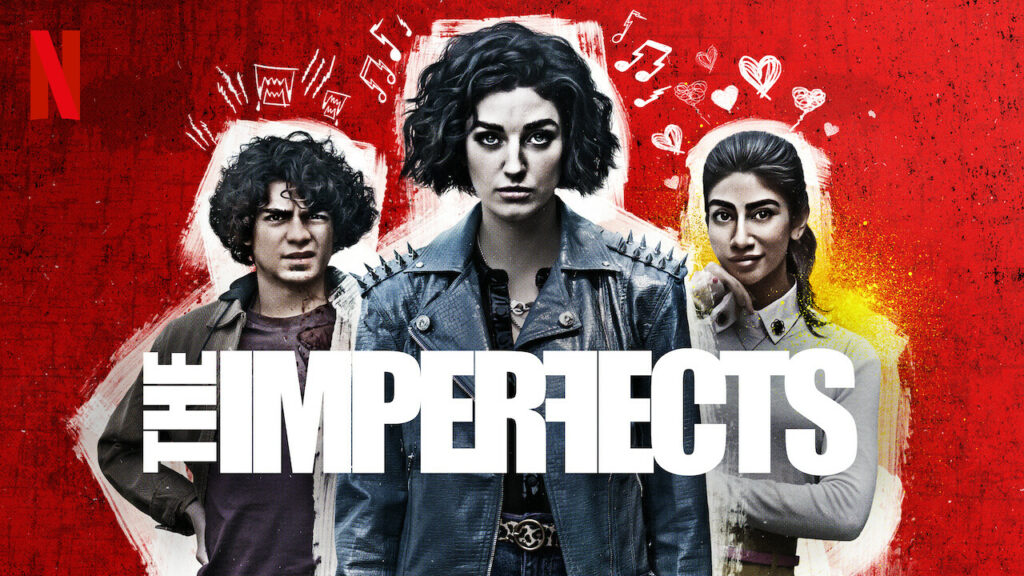