The romantic comedy “Love in the Villa,” which is currently available on Netflix, revolves around Julie, a Shakespeare enthusiast and hopeless romantic who, after a failed relationship, travels to Verona, Italy, for her dream vacation.

Julie, a kindergarten teacher, is also preparing for her eagerly anticipated vacation to Verona. The Italian town that serves as the backdrop for William Shakespeare’s play Romeo and Juliet fascinates Julie.

Sadly, Julie’s excitement for her trip wanes once her boyfriend Brandon abruptly terminates their relationship. Julie must consequently travel alone, but she is keen to learn about the local way of life.

Julie finds that her reserved villa has been double-booked when she gets there, forcing her to share it and her vacation with Charlie, a cynical but attractive British man who works as a wine expert in Romeo and Juliet’s house. The two are compelled to live in the same villa and spend time together after a dispute identical to the one between the Montagues and Capulets. They end up falling in love as they get to know one another better in the charming city. Also, you must try to play this Love In The Villa quiz.

Love In The Villa quiz

With her boyfriend, Raymond, Julie, played by Kat Graham, arranges a trip to one of the most seductive cities in the world. Julie and Brandon break up just before their vacation to Verona, which her friends believe will be the ideal time for him to pop the question to her. Despite this, Julie continues with her plans. Once in Verona, she is made to share a villa with a stranger with whom she eventually becomes close after they both explore the city. However, Kat Graham is most recognized for her role as Bonnie Bennett in The Vampire Diaries. She has also portrayed April O’Neil in Rise of the Teenage Mutant Ninja Turtles, as Erica Miller in Operation Christmas Drop, and played Jamie in 17 Again.

Wine importer Charlie is portrayed by Tom Hopper. In order to attend Vinitaly, a meeting for wine industry specialists, Charlie reserved a villa in Verona. To his surprise, Julie had reserved that same villa for the same days he will be there, so they will have to share the space. Despite engaging in a pointless battle over the property, they ultimately decide to share it and explore the city together. In addition to playing Luther Hargreeves in The Umbrella Academy and Albert Wesker in Resident Evil: Welcome to Raccoon City, Tom Hopper also portrayed Hadrell in Terminator: Dark Fate, Magnusson in Hitman’s Wife’s Bodyguard, Sir Percival in the TV series Merlin, William “Billy Bones” Maderly in Black Sails, Dickon Tarly in Game of Thrones, and Albert Wesker in Resident Evil: Welcome

In the role of Raymond, played by Raymond Ablack, Julie’s boyfriend breaks up with her just before their trip to Verona is set to depart. Sav Bhandari in Degrassi: The Next Generation, Raj Singh in Orphan Black, Stoddard in Narcos, Raj in Shadowhunters, and Joe in Ginny & Georgia are just a few of the roles that Raymond Ablack has done.

Silvio, played by Emilio Solfrizzi, is the proprietor of the property who unintentionally double-booked it. The majority of Emilio Solfrizzi’s television and film roles have been in Italian productions, including Tutti Pazzi per Amore, A Fairy-Tale Wedding, L’amore rubato, and Amore pensaci tu. 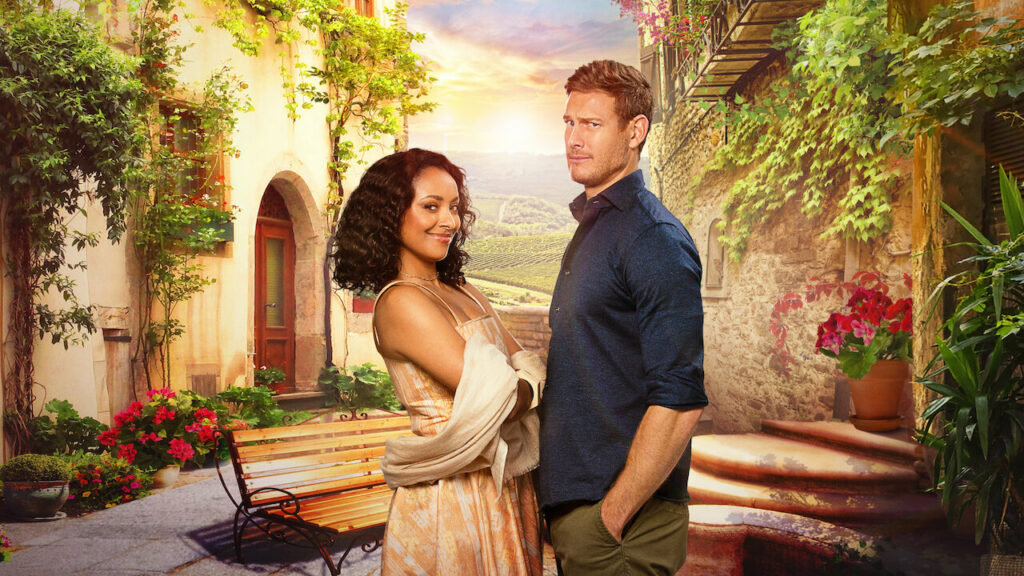