Mae (Madeleine Arthur), who had just escaped a satanic cult in Amontown, finds comfort in the arms of her doctor, Suzanne (Emily Deschanel). On Mae’s back is a bleeding pentagram symbol. As a result of her sense of responsibility, Suzanne welcomes Mae into her home and family. as an interim measure. before locating an appropriate foster home for her. Her three daughters, Helen (Alisha Newton), Jules (Xaria Dotson), and Dani (Naomi Tan), as well as her husband Peter (Sam Jaeger), are not immediately enamored with their new visitor.

Detective Lopez (Gerardo Celasco), who is tasked with Mae’s case, joins Suzanne’s team of allies in helping Mae find a new life in the meantime. Lopez investigates how the aforementioned cult operates, but his superior objects. His inquiry in Amontown also brings him into contact with the town’s duplicitous sheriff, who blatantly appears to be guarding the cult. It doesn’t take Lopez and Suzanne long to get the idea through that every single person in Amontown, and probably even a few more, has been greatly influenced by the cult.

In the meantime, Mae begins to get along with Jules and is successful. Jules and Mae gradually become quite close. Jules gets closer to her crush as a result of Mae’s assistance with her photography projects for the school newspaper. However, as a result of everyone learning about Mae’s troubled past, she also gradually begins to gain popularity. Cult members have been driving white vans and following Mae and Suzanne’s family the entire time. Also, you must try to play this Devil In Ohio quiz.

The main character, Dr. Suzanne Mathis, is portrayed by Emily Deschanel. She is a psychiatrist who is devoted to both her career and her family, which includes her husband Peter and their three daughters.

Although Dr. Mathis presents as a capable and sympathetic medical professional, she is clearly battling her own demons as she conceals a scar on her wrist and takes some time to gather herself after initially observing Mae’s grave injuries. It’s clear that she cares a great deal about her patients, but does it go too far when she takes the problematic Mae home to live with her own family? Also, you will find out which Devil In Ohio character are you in this quiz.

Mae is initially seen running through a cornfield while brandishing a huge knife. She is frantic and afraid. She waves down a car while fleeing from someone, but we are unable to identify them. She later awakens in a hospital.

She bonds with Dr. Suzanne Mathis right once and is overwhelmed, but also happy, to continue her recuperation there.

The middle child of Suzanne and Peter Mathis is Jules. She is a talented photographer and a sensitive person, and she finds school challenging since she finds it difficult to blend in and establish friends.

Jules and her older sister Helen are often at odds because Helen seems to have the world at her feet while Jules is awkward and reserved. Jules, though, is the one who initially befriends Mae, a decision she might come to regret.

Their devoted and kind husband of Suzanne is Peter. They were young when they first met, and they take good care of one another and their kids. At least they did before the mysterious Mae showed up and completely changed their life.

In addition to not telling his wife that his property development company is having financial difficulties due to loans and debts accruing more quickly than he can pay them, Peter doesn’t want Mae to stay.

The Devil In Ohio quiz is made up of 30 questions that will help you uncover which character from the Netflix tv-show Devil In Ohio you are most similar to. It uses a specific technique to determine your personality and compare it with the character in the movie. 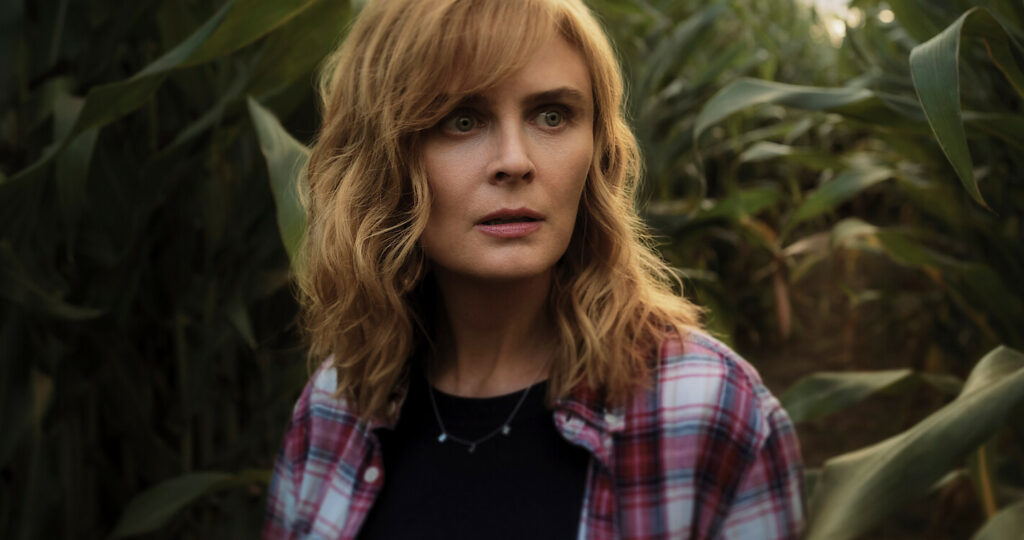