Take this Ninjago Quiz to find out how much you know about it. We update the quiz regularly and it’s the most accurate among the other quizzes.

March of the Oni is a Ninjago Season 10 review. Spoilers are, of course, prohibited. So, if you haven’t seen the season yet, stay away; you should watch it before returning.

This season is, to put it mildly, intriguing. There is, in fact, no plot. The Oni aren’t all that frightening. It’s just dark clouds and spiders climbing mountains. There are also many lies told about people dying. Guys, death is not something to be laughed at! Aside from the lack of a story, the season is excellent for focusing on Garmadon and Lloyd’s relationship.

Because this is only four episodes, I shouldn’t be too harsh if there wasn’t enough screentime or if I was expecting something dramatic to happen. But I’m still pleased with the season. It was good, but not great if you catch my drift. Also, you must try to play this Ninjago Quiz.

This season tries to hit a lot of notes and mostly fails. We have Kai, who must once again blacksmith the Golden weapons. He has some anxiety about it, but he manages to make the weapons without any difficulty. Zane, well, he’s still the same, but he’s a robot. I’m pleased that PIXAL has received some attention. She is a quick thinker. Nya sobs a few times and covers her face with her hands. There isn’t much else to say about it. Jay keeps asking Nya to be his Yang, which is cute but unnecessary after two seasons of almost no Jaya at all.

The only thing I liked about the Yin and Yang was that it reminded me of an engagement ring. This, I’m guessing, will lead to something next season, given that it’s supposed to be about Jay and Nya. What could be more exciting than a djinn attempting to marry someone who resembles the woman he attempted to marry hundreds of years ago?

Cole falls inside the Dark Cloud of Darkness and escapes with his driller about an hour later. This season enjoys making us believe that characters are dead for some reason. It’s getting old, and I believe the writers should stop. Plus, Cole’s “death” was insignificant; I knew he’d be fine because they weren’t allowed to show the massacre of a million Ninjago City residents. And, as a wise man once said on Twitter, “if you want your character to make a mistake that has tragic consequences, make that mistake a choice they make rather than accidentally pulling a lever the wrong way.”

Lloyd, on the other hand, is the best part of the entire season. He is fighting so hard against his father. He desperately wants to love him again, but Garmadon won’t let him. Garmadon smashes the photograph of him and Lloyd, and Lloyd claims, “I never liked that picture anyway.” But he did it. He returned the picture to the bedside table. This season knows how to make us feel conflicted about this father-son relationship that has spanned so many seasons.

We see that this relationship does not take off because Garmadon leaves the monastery at the end without saying goodbye. It’s clear that what the Oni said about Garmadon’s conflicted nature was correct. Garmadon wishes to be like them, or human, in order to comprehend why people cry and laugh among themselves. He wants this so he can better understand his son and rekindle their relationship. Hopefully, this will be expanded into its own season, or even the next if done correctly.

The scene between First Spinjitzu Master and Lloyd was my favorite in March of the Oni. The FSM thanks Lloyd for assisting Ninjago and offers him a place in the afterlife. I’m not sure if Lloyd was on the verge of death after the Tornado of Creation, but he was dead for a few seconds in the vision. A choice between eternal peace and constant struggle—and of course, Lloyd chooses the latter because that’s what he’s done his entire life and where his friends are. 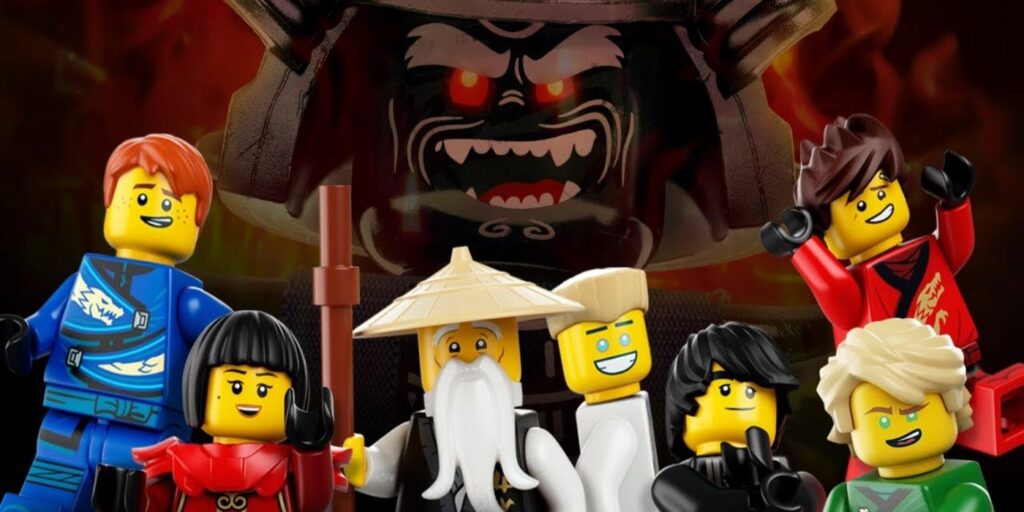