Medieval Quiz – Who Would You Be In Society

Take this Medieval Quiz to find out who would you be in medieval society. A peasant, or a brave warrior, or maybe a king. We update the quiz regularly.

To say that England, France, Italy, or Germany were similar during the medieval period would be an oversimplification of facts. However, in order to understand Europe in the early 14th century, several broad assumptions must be made, such as that all of Europe was Christian, agrarian, and feudal.

The Church’s Importance in Medieval Society
In medieval Europe, the Church was no different from the state. In the 14th century, the church was an integral component of daily life and served as a governing body. It was impossible for anyone at the time to accept the two as distinct entities.

In addition, the Church was the single largest owner of all properties. The Church played a considerable role in the activities of medieval civilization, with many corporate interests and profound involvement at every level of schooling.

The Church’s Influence on Culture
The Church was a tremendous force that had an impact on all aspects of people’s life. It defined the daily routine of a society centered on an abbey or a chapel. The yearly calendar arose as a result of the ceremonies observed and marked by the Church. Also, you must try to play this Medieval Quiz.

The Church also determined the dates of festivals and feast days in accordance with the passage of the seasons. Lent, for example, was observed when the granaries were dry and the meat was scarce. As a result, Easter was more than simply a celebration of Christ’s resurrection; it was also a time when grain stores were replenished and fresh vegetables from cottage gardens were ready for harvest.

Every household in a typical 14th-century English village had a self-sufficient vegetable garden and space for small animals. After the Roman Empire’s urban centers fell, subsistence farming became the main mode of life.

The communities adhered to the open field concept, with thin long strips of fields extending outside the village centers. Because they were plowed by oxen, these strips of land were retained as long as possible.

The settlement also included a cluster of residences, a church, and corner businesses surrounded by farm plow areas.

They helped each other with planting, plowing, harvesting, and other farm-related duties.

Farmers took care of crop and field rotation so that the nitrogen in the soil could be returned to the soil and the earth could recover. Even children pitched in.

However, as with any community, there were disagreements among medieval villagers. There are also intriguing court documents from the time that show the type of disagreements, such as a lack of mutual cooperation in terms of work time allocation, plowing too much onto the neighbor’s strip, or planting grains instead of beans.

The Feudal System’s Structure in Medieval Times
Feudalism thrived in medieval European societies, creating a hierarchical hierarchy within the community. In the feudal system, the king was at the apex of the hierarchical pyramid, with nobles, earls, vassals, and peasants all reporting to him.

In the medieval era, the king promised the nobility his support and protection, as well as lands and titles. In turn, the nobility pledged their allegiance to the king, promising to offer military duty during the conflicts.

Vassalage (Vassalage System)
Lower-ranking males who swore their loyalty to the nobles and engaged in a mutual responsibility with their masters were known as vassals. This system was passed down via a feudal culture until it reached the peasants.

The fighters were intended to protect the others in the social order, but the clerics were supposed to keep humanity from committing sins. Finally, the peasants backed representatives of the First and Second Estates.

The number of inhabitants in each of the three estates’ social categories was quite uneven. Nearly 90% of the population belonged to the working class, with only 10% belonging to the First and Second Estates combined. Literacy, on the other hand, was a source of anxiety because only a small percentage of the upper social class could read and write. 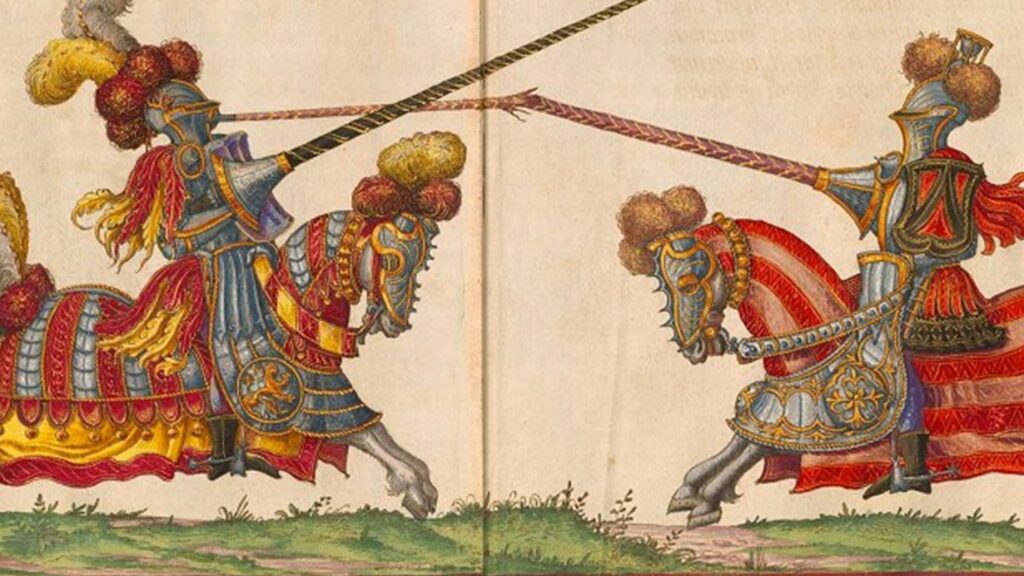