Political Beliefs Quiz – Find Out Where You Fit

Take this Political Beliefs Quiz to find out where you fit. We update the quiz regularly and it’s the most accurate among the other quizzes.

When it comes to issues, beliefs, and ideology, Republicans and Democrats see little common ground. Majorities of partisans believe the Republican and Democratic parties’ policy viewpoints are diametrically opposed, and neither Republican nor Democrat believes the other party has many excellent ideas.

In general, both Republicans and Democrats support the programs of their respective parties. In-party consensus extends to specific concerns such as economic, health-care, and immigration policies.

Most Republicans and Democrats also support their own party’s policies on a variety of issues, including the economy, immigration, health care, and measures addressing the Islamic extremist organization in Iraq and Syria.

The shares agreeing with their own party, on the other hand, vary per issue, and the patterns of agreement change between the two parties.

There is no indication that the positions of the opposing party are appealing to Republicans or Democrats, especially on matters when the agreement with one’s own party is rather low.

Republicans are most united with their own party on topics such as gun control, illegal immigration, and counter-ISIS initiatives.

Higher levels of strong agreement with the party on health care, abortion, and climate change among Democrats. More than half of Republicans strongly support the Republican Party’s positions on guns (57%) illegal immigration (54%), and ISIS (54%). (54 percent ). Other problems, such as the economy (44 percent) and health care (42 percent), have a less strong agreement, but overall levels of agreement are comparable to those on gun policy, immigration, and ISIS.

On several issues, Democrats exhibit a more intense agreement with their own party than Republicans.

Only 29 percent of Democrats strongly agree with their party’s anti-ISIS policy, while 37 percent agree moderately.

The majority of partisans disagree with their party on at least one topic.

Almost seven-in-ten Republicans (71%) and Democrats (72%), agree with their own party on at least five of the seven issues asked of all survey respondents (excluding the budget deficit and the wealth divide); approximately four-in-ten express agreement with their party on all seven problems (38 percent and 42 percent, respectively). Few Republicans (18%) and Democrats (18%) agree with their party on three or four issues, and only 11 percent of both parties agree on fewer than three subjects. 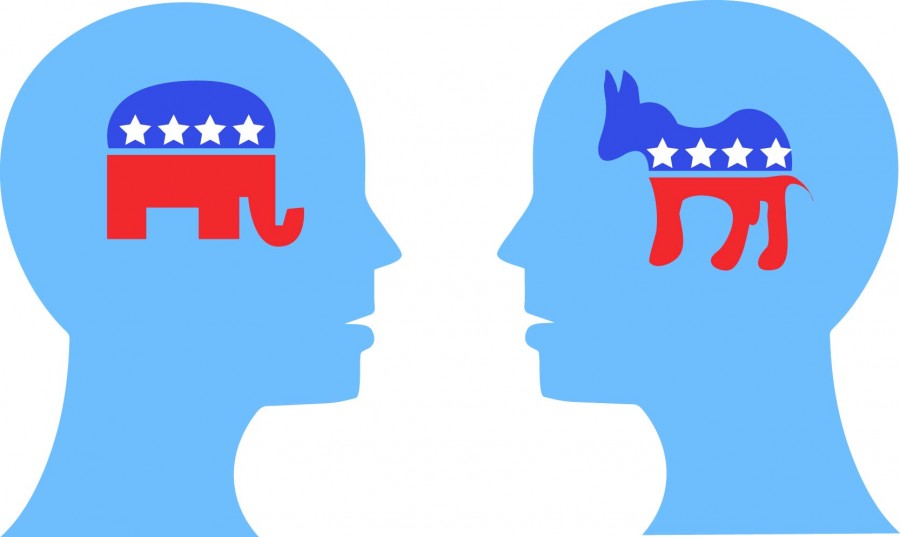