Knights Radiant Quiz – Which Order Are You In?

Take this Knights Radiant Quiz to find out which order you are in. We update the quiz regularly and it’s the most accurate among the other quizzes.

The Knights Radiant are a group of magic users known as Surgebinders who are tasked with protecting Roshar from the Desolations, which occur at random throughout history when dark forces besiege the planet.

When the fate of Roshar is at stake, spirits known as Radiant spren seek candidates worthy of the mantle of Knight Radiant. When a spren bonds with a candidate, they bestow powers known as Surges on them. There are ten types of Radiant spren, which means there are ten types of Radiant Knights, who have been organized into different Orders, each with their own oaths and ideals.

Windrunner oaths are centered on defense, specifically defending innocents or those who are unable to defend themselves.

The Windrunners are drawn to “big sibling” types who seek to protect the defenseless while also enjoying the action and fighting for what they believe in. They are primarily scouts, but they frequently work as special forces groups, delivering teams of Radiants behind enemy lines for covert missions. They are the most like traditional soldiers, believing in command structures, team dynamics, and the value of a squad of brothers and sisters. They frequently have a larger number of squires than other Orders and place a greater emphasis on weapon mastery than any other Order.

Skybreaker oaths are focused on justice, fighting for causes, and enforcing social norms. They generally emphasize the importance of moral codes, legal structures, and other forms of civilizational defense. Also, you must try to play this Knights Radiant Quiz.

The Skybreakers were the Knights Radiant’s enforcers, frequently tasked with keeping the peace, policing the other Orders, and ensuring that dangerous or dark forces in the world were contained. This earned them a bad reputation among the more progressive Orders of Knights, but the Skybreakers (at their best) were not cruel.

Dustbringer’s oaths were centered on accountability. They were led to believe that the powers they wielded required proper channeling, just as their own desires and wills required proper form and shape. As Dustbringer progressed through the oaths, they were taught greater powers of destruction—and are one of the only orders where their abilities weren’t all available right away but were instead delivered gradually as they completed the necessary oaths. Each oath resulted in a better understanding of power, the nature of wielding it, and the responsibilities that come with it.

The theme of Edgedancer oaths revolves around remembering ordinary people around the world—those who aren’t powerful generals or Radiants. Too often, the powerful’s actions have terrible consequences for those who have no voice, and the Edgedancers consider it their solemn duty to remember that the people are the ones they truly serve.

Truthwatcher oaths are centered on seeking and sharing the ultimate truth. They are deeply concerned with knowledge and its proper application. It should be noted that this is not the same as the Lightweavers, whose oaths are themed toward personal truths about themselves, said for the sake of self-actualization. Truthwatchers are more concerned with the fundamental truths of the universe and whether those in power are telling the truth to the people they lead.

Lightweaver oaths are unusual, perhaps because their spren are the most unusual of all Radiant spren. Instead of specific words, or even words on a specific theme, Lightweavers speak truths about themselves—things they must admit to themselves in order to grow as people. It is theorized that because Lightweavers live on the border between reality and fiction, it is critical for them to be able to distinguish between the two, and that only with this ability will they be able to progress. We will tell you which Knights Radiant order you are in.

Elsecaller oaths, like those of the Lightweavers and Skybreakers, are personalized. The theme, in this case, is progress—becoming better with each oath, seeking to discover and realize one’s true potential. As a result, the Order is open to people of all backgrounds, as long as they want to better themselves.

The Willshapers is adamant that everyone should be able to make their own decisions. Their oaths are centered on freedom and allowing people to express themselves and forge their own paths in life.

The Willshapers are known for attracting builders, artisans, and creators to the Radiants. While this aspect of them is correct, the Order’s actual membership is far more diverse.

Stoneward oaths emphasize team dynamics, learning to work with others, and being available to those in need. They prioritize the interests of others over their own, and they will not compromise their ideals for the sake of convenience.

Bondsmith oaths emphasize unity, unification, and bringing people together. However, because there are so few Bondsmiths—and the three sources of their powers are so dissimilar in personality—the oaths can take on a variety of different forms depending on the situation. 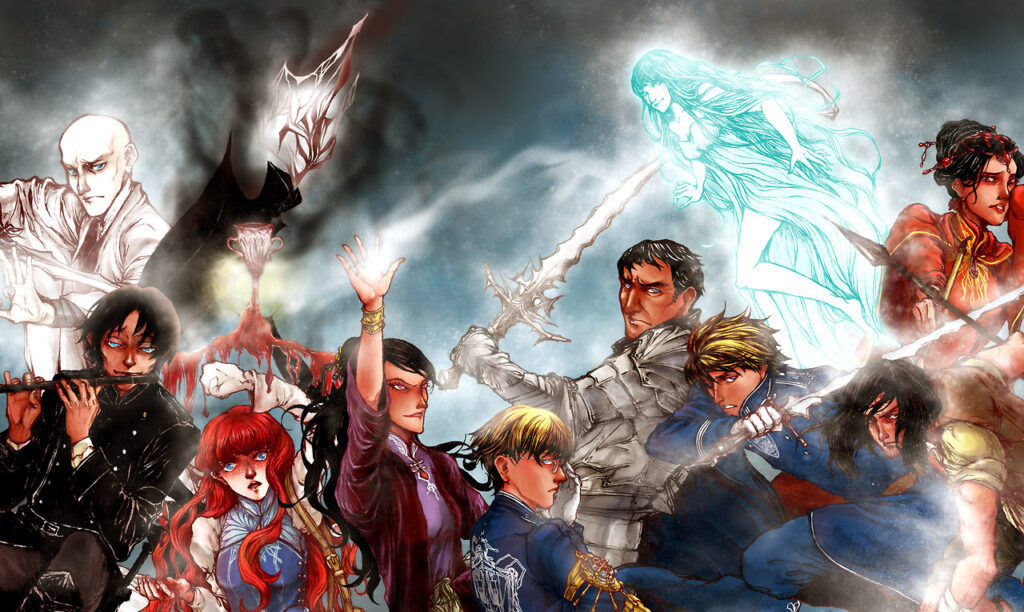