Take this Far From The Madding Crowd Quiz to find out how well you remember the book. Answer these quick questions to find out. Play it now!

Bathsheba Everdene is a stunning young woman without a wealth at the start of the book. One evening, she encounters young farmer Gabriel Oak and saves his life. She declines his proposal of marriage because she does not feel any love for him. She relocates to the town of Weatherbury after receiving the affluent farm that belonged to her uncle.

Gabriel’s farm suffers a catastrophe, losing his sheep, forcing him to give up farming. He sets out in search of employment and stumbles upon Weatherbury. He queries the mistress as to whether she requires a shepherd after saving a nearby farm from a fire. Bathsheba recognizes him and hires him. As Bathsheba learns how to run her farm, she gets to know Mr. Boldwood, her next-door neighbor, and on a whim, she sends him a valentine with the message “Marry me.” Boldwood develops a crush on her and ends up being her second suitor. He has attracted several women since he is wealthy and attractive. Because she does not love him, Bathsheba rejects him, but she later decides to change her mind. This Far From The Madding Crowd quiz will help you remember certain details.

Far From The Madding Crowd quiz

Bathsheba meets Sergeant Troy, a gorgeous soldier, that very evening. Bathsheba is unaware that he recently fathered a child with local girl Fanny Robin and was on the verge of marrying her. Troy develops feelings for Bathsheba, which infuriates Boldwood. Traveling to Bath to inform Troy of Boldwood’s wrath, Bathsheba is persuaded to wed Troy while she is there. She has maintained her friendship with Gabriel throughout, and he disapproves of the union. A few weeks after he wed Bathsheba, Troy visits Fanny, who is ailing and in need of help; she later passes away while giving birth to her kid. Troy is revealed to be the father by Bathsheba. Troy, distraught about Fanny’s passing and filled with guilt, flees and is subsequently assumed to have drowned. Also, you must try to play this Far From The Madding Crowd quiz.

The protagonist of the book, Gabriel Oak, is a farmer, shepherd, and bailiff who is distinguished by his unwavering loyalty, humble, and honest demeanor. He is Bathsheba’s first suitor, then he becomes the bailiff on her property, and at the very end of the book, he becomes her husband. Gabriel has a remarkable talent for reading the natural environment and controlling it without conflict. He plays the role of a silent observer for the majority of the novel, but he always knows when to intervene to save Bathsheba and others from danger.

The stunning young woman who must pick between three quite different suitors is the focal point of the story. She is the main character, and her interactions with her many suitors drive the plot forward. She is poor at the start of the book, but she swiftly inherits and learns to manage a farm near Weatherbury, where the majority of the action takes place. Her vanity is the first quality we discover about her, and Hardy consistently demonstrates how hasty and impetuous she is. But in addition to being financially independent, she is also financially independent, which enables Hardy to utilize her character to investigate the risk that such a woman suffers while losing her identity and way of life through marriage.

Troy, the book’s adversary, is a less morally upright masculine Bathsheba. He is capable of loving, but he is also attractive, conceited, young, and irresponsible. He gets connected with Fanny Robin early on in the book and causes her to become pregnant. He had intended to marry her at first, but when they couldn’t agree on which church to meet at, he angrily refused, ruining her. He marries the wealthy, stunning Bathsheba, forgetting about her. However, he is unable to forgive himself when Fanny passes away later in the book from tiredness and poverty while holding his child.

The owner of a local farm and Bathsheba’s second suitor, Boldwood is a reticent, rather wooden man. He doesn’t appear to be able to fall in love until Bathsheba writes him a valentine out of the blue, at which point he starts to feel something for her. Once he is certain that he loves her, he becomes irrational and refuses to stop pursuing her. He eventually goes insane from obsession, kills Troy at his Christmas party, and is put to death. At the last minute, his sentence is modified to life in prison.

About the Far From The Madding Crowd quiz

15 multiple-choice questions in the free Far From The Madding Crowd quiz below will help you gauge your knowledge of the book. Determine which chapters, ideas, and writing techniques you already understand, as well as what you still need to learn in preparation for your forthcoming essay, midterm, or final test. Now take the free test! 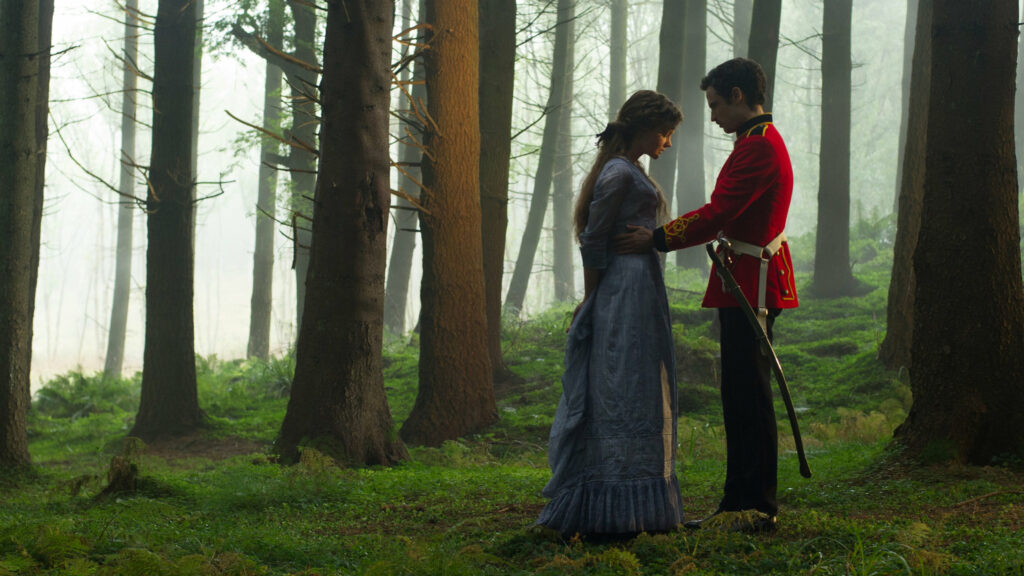