An Enemy Of The People Quiz – Book Trivia Quizzes

Take this An Enemy Of The People Quiz to find out how well you remember the book. Answer these quick questions to find out. Play it now!

The play’s setting town has constructed a sizable bathing complex that is essential to the community’s economy. Dr. Stockmann just learned that the drainage system for the baths is significantly contaminated. Several neighbors, notably Hovstad and Aslaksen, are informed, and he receives significant assistance and appreciation for revealing his discovery in time to preserve the town. The town’s mayor, who is also his brother, however, informs him the following morning that he must recant his claims since doing the necessary repairs would be too expensive, and the mayor is also unconvinced by Dr. Stockmann’s findings. Dr. Stockmann thinks that at least Hovstad’s newspaper will back him despite the brothers’ heated fight. Hovstad and Aslaksen are persuaded to oppose Dr. Stockmann by the mayor, though.

The mayor and Aslaksen attempt to prevent the doctor from appearing at the town meeting where he is scheduled to give a presentation on the baths. Then, Dr. Stockmann launches into a protracted rant in which he criticizes the town’s founding principles and the tyranny of the majority. Also, you must try to play this An Enemy Of The People quiz.

An Enemy Of The People quiz

His speech is immensely insulting to the audience, and the doctor’s house is trashed the following morning. He is dismissed along with his daughter. The mayor suggests that Dr. Stockmann’s activities were really a plot to increase his share of Morten Kiil’s wealth, and shortly after, Kiil himself shows in to make a similar suggestion to Dr. Stockmann. The doctor, however, rejects all of these recommendations and chooses to violate convention by staying in town. He adds that the strongest guy is the one who stands alone, and his family is encouraging. This An Enemy Of The People quiz will help you remember certain details.

a licensed physician, the town baths’ medical director, and the mayor’s brother, who secured him the position at the spa. Stockmann is enthusiastic and idealistic. He was poor and lived in the country for a large portion of his life, but he is now content to be in a thriving city.

Wife of Dr. Stockmann. She is devoted and sensible, and she frequently reminds her spouse to put his family first when acting rashly. Her adopted father, or grandfather, depending on the translation, is Morten Kiil.

Petra, Thomas and Katherine’s daughter, shares her father’s idealistic outlook. She is a dedicated teacher who finds it frustrating that the law makes her teach concepts that she disagrees with.

Dr. Stockmann’s brother is Peter. He oversees the bathing committee as its chairman. He is a conservative but occasionally brutal politician.

About the An Enemy Of The People quiz

15 multiple-choice questions in the free An Enemy Of The People quiz below will help you gauge your knowledge of the book. Determine which chapters, ideas, and writing techniques you already understand, as well as what you still need to learn in preparation for your forthcoming essay, midterm, or final test. Now take the free test! 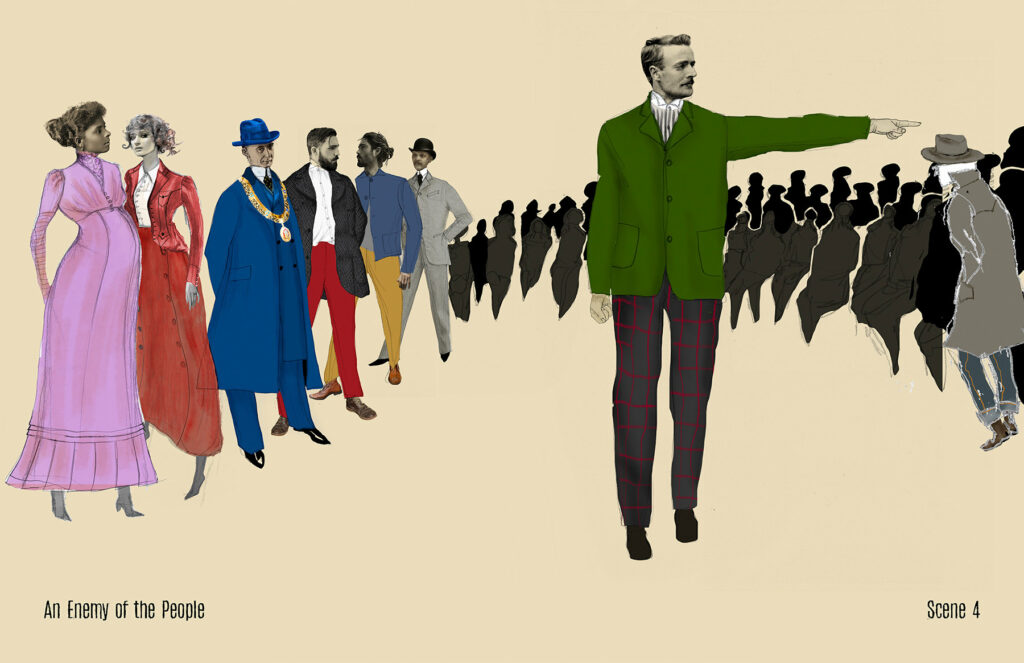