Take this Emma Quiz to find out how well you remember the book. Answer these quick questions to find out. Play it now!

Emma Woodhouse, a precocious twenty-year-old resident of the village of Highbury, believes herself to be naturally skilled in conjuring love matches despite being persuaded that she will never get married. Emma decides to locate a suitable match for her new friend, Harriet Smith, after claiming success in introducing her governess and Mr. Weston, a village widower. Emma is of the opinion that Harriet deserves to be a gentleman’s wife, despite the fact that her parents are unknown, and she directs her friend to Mr. Elton, the town vicar. Emma, in the meantime, convinces Harriet to decline Robert Martin’s proposal despite the fact that she clearly has affections for the wealthy farmer.

Emma encourages Harriet to fall in love with Mr. Elton, but her intentions are foiled when Elton makes it plain that he has feelings for Emma instead of Harriet. Emma comes to the conclusion that her fixation on finding Harriet a mate has made her oblivious to the reality of the circumstance. Mr. Knightley, Emma’s beloved friend and brother-in-law, is skeptical of her efforts to find suitable matches. He thinks Harriet would be lucky to marry Mr. Martin, who is a deserving young man. He and Emma argue about Emma’s interference, and Mr. Knightley once again shows himself to be the wiser of the two. Elton leaves for the town of Bath and marries a girl there nearly immediately after being rejected by Emma and angered by her suggestion that Harriet is his equal. This Emma quiz will help you remember certain details.

Emma is left to console Harriet while also wondering about the temperament of Frank Churchill, Mr. Weston’s son, who is expected to arrive in Highbury. After being raised by his aunt and uncle in London, who have claimed him as their heir, Frank is about to travel to visit his father in Highbury. Emma is unaware of Frank, who has long avoided going to see his father due to his aunt’s ailments and complaints. Also, you must try to play this Emma quiz.

the book’s main character. The narrator of the novel portrays Emma as “handsome, clever, and rich, with a comfortable home and cheery temperament” in the well-known first sentence of the book. The twenty-year-old Emma is mature for her age in certain ways. She is already in charge of her father’s household because her mother is deceased and her older sister got married. She looks after her father and manages social activities in the Highbury village. The main theme of the book, which follows Emma’s blunders and developing self-understanding, is her mistaken belief in her powers as a matchmaker and her prudish fear of love.

He was the Woodhouses’ dependable friend and advisor and the brother-in-law of Emma. In his late thirties, respected landowner Knightley. He resides at Donwell Abbey and leases land to the Martins, a prosperous farming family he likes and advises. Only Knightley is willing to be openly critical of Emma, pointing out her shortcomings and vices in a direct and kind manner. In this way, he represents both Austen’s and the reader’s opinions of Emma.

The head of Hartfield, the Woodhouse estate, and the father of Emma. Despite being anxious, flimsy, and prone to hypochondria, Mr. Woodhouse is renowned for his warmth and devotion to his daughter. He is so opposed to change that he doesn’t like it when his daughters or Emma’s governess get married. In this way, he prevents Emma from developing and accepting her adult destiny. He is frequently stupid and obviously not Emma’s intellectual equal, but she reassures and amuses him with her wisdom and love.

About the Emma quiz

15 multiple-choice questions in the free Emma quiz below will help you gauge your knowledge of the book. Determine which chapters, ideas, and writing techniques you already understand, as well as what you still need to learn in preparation for your forthcoming essay, midterm, or final test. Now take the free test! 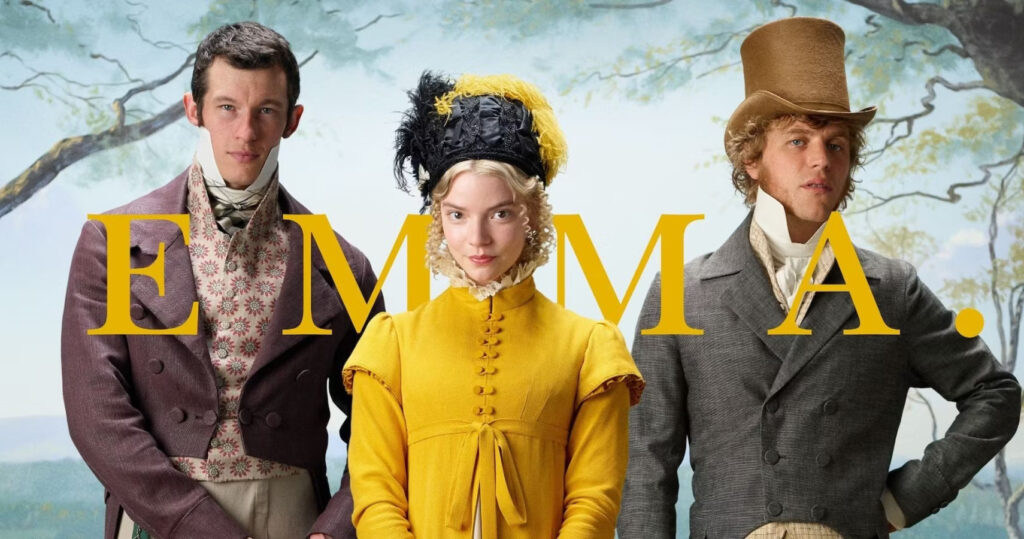