Take this Fallen Angels Quiz to find out how well you remember the book. Answer these quick questions to find out. Play it now!

Richie Perry, a black high school graduate from Harlem, travels to Vietnam to serve in the American Army at the age of 17, unsure of his future plans. Richie has several misconceptions about the war and the army when he leaves basic training for Vietnam. He is sure that the knee ailment on his medical profile will be handled correctly and prohibit him from participating in war. Additionally, he is a believer in the widespread romantic beliefs about war and the rush of stories about an impending peace.

Richie becomes friends with Harold “Peewee” Gates and Jenkins, two new recruits assigned to the same squad, when he first arrives in Vietnam. They should just have easy, light labor, a sergeant informs them, as there isn’t much combat close to Chu Lai, where their company is stationed. When the three new soldiers go to their camp, those reports turn out to be unfounded because Jenkins is killed by a land mine on the squad’s first patrol. Richie is horrified and really wants to tell his family about it. However, he finds it difficult to write the truth to his mother and his brother, Kenny. Also, you must try to play this Fallen Angels quiz.

Richie starts to question whether there is a clear morality to war as he watches rising levels of devastation and brutality. He observes that the distinction between right and wrong is frequently hazy. He also loses faith in his commanding superiors due to their selfishness, especially Captain Stewart, the company commander, who is more focused on getting a promotion than ensuring the security of the soldiers under his direction. Richie starts a thorough investigation into the reasons behind why he and his fellow troops are even fighting in Vietnam when his squad leader, Lieutenant Carroll, is killed in action. This Fallen Angels quiz will help you remember certain details.

the protagonist and narrator. Richie, a high school graduate from Harlem, is seventeen years old. Despite being intelligent and ambitious, his drunken single mother cannot afford to send him to college. As a result, he enlists in the army to protect himself from an unknown future. Richie is deployed to Vietnam, where he endures a number of terrifying combat situations and tries to make sense of what war, heroism, and good and evil all mean.

Younger brother of Richie. Kenny is dependent on his elder brother, who provides for him and serves as a father figure, and who enlists in the military for the purpose of supporting him. Richie appears to be just as dependent on Kenny as Kenny is on him, though. Richie’s reliance on Kenny and his love and adoration for him serve as his only reliable connection to the outside world during the war and give him his sole sense of direction.

Mother of Richie is a depressed drinker who has struggled to cope ever since her husband left her many years ago. Richie and his mother have never gotten along, but now that Richie is in Vietnam, they see how much they depend on one another. Through their letters, they attempt to mend their frayed connection.

Vietnam’s closest friend to Richie. Peewee uses comedic bravado to deal with the anxiety and uncertainty of the war, but every now and then he lets his actual feelings show through the bluster.

About the Fallen Angels quiz

15 multiple-choice questions in the free Fallen Angels quiz below will help you gauge your knowledge of the book. Determine which chapters, ideas, and writing techniques you already understand, as well as what you still need to learn in preparation for your forthcoming essay, midterm, or final test. Now take the free test! 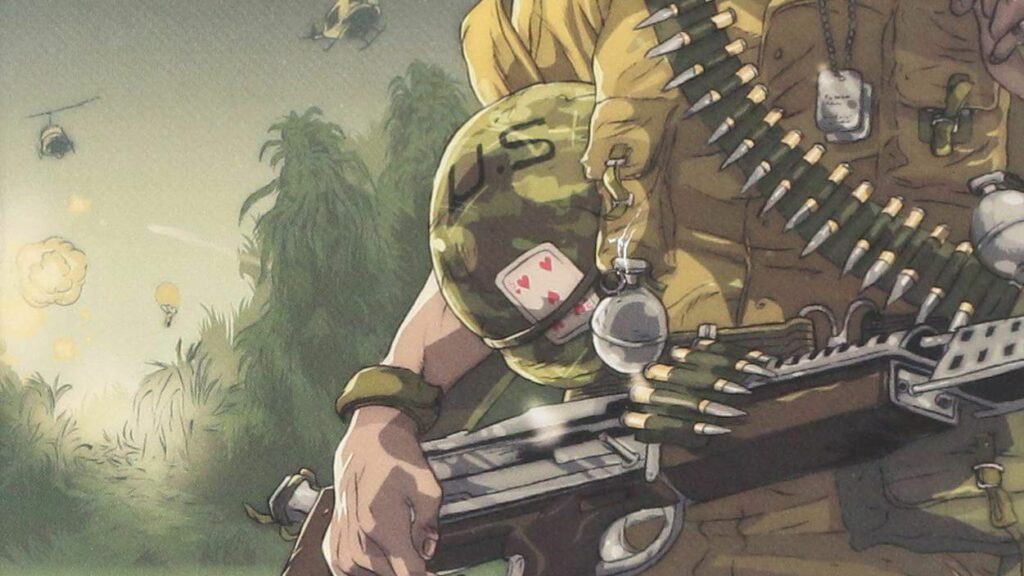