Diabolik Lovers Quiz – Which Character Are You?

Take this Diabolik Lovers Quiz to find out which character you are. We update the quiz regularly and it’s the most accurate among the other quizzes.

It’s not uncommon for a Japanese video game to spawn an anime adaptation. If the game is fairly successful, it stands to reason that a television show based on it would fare similarly well. Who wouldn’t want to unwind and watch their favorite characters interact in new ways? This was the attempted case with the Diabolik Lovers anime version. However, it backfired spectacularly.

Diabolik Lovers began as a series of visual novel games for the PSP/PS Vita. For those who don’t know what a visual novel game is, here’s a quick rundown: It’s essentially a comic book that you can interact with. Most revolve around a harem (a group of women) or reverse harem (a group of men) and your attempts to get into the pants of your favorite character. Yes, before you ask, the majority of them contain pornographic scenes.

Harem—or reverse harem, as the case may be—visual novel games can be a lot of fun to play. Who doesn’t want to be able to seduce someone and then enjoy the fruits of your labor? Furthermore, the promise of a plethora of endings between a large cast of characters significantly increases the replayability factor. Harem anime, on the other hand, does not always farewell. There are a few (such as Love Hina) that hit the proverbial sweet spot, with a diverse mix of plots to keep you interested. Others, such as Diabolik Lovers, are essentially all smut and no substance. Also, you must try to play this Diabolik Lovers Quiz.

Diabolik Lovers is a 12-episode television series about a family of vampire half-brothers who are approached about being sacrificial brides. Yui Komori is the most recent bride, and the brothers alternate torturing and drinking her blood. This is the “plot” for the first six episodes of the show. Half of the series consists of Yui crying, a vampire brother biting her, him enjoying it a little too much, Yui crying again, and so on. The first half of Diabolik Lovers is so one-note that you could probably sleep through it and do better than those who trudged through it.

The second half of Diabolik Lovers picks up a little bit, but there’s no real transition between the two. There is no plot; then there is all plot. We progress from a gang of egotistical, sadistic brothers torturing a young maiden to a swarm of nearly powerless, whiny siblings battling a domineering mother figure (Cordelia) and their uncle. There are a few teasers of the mother scattered throughout the first half, but they are so overshadowed by the rapey blood-drinking scenes that you forget you’ve ever seen her.

Furthermore, while all of the brothers have their “moment in the sun” (not literally, of course) in the first half of the series, the second half focuses solely on Ayato, Kanato, and Laito, Cordelia’s sons. The other brothers all but vanish as this three leap to the foreground. And, despite the fact that everyone has a claim on Yui as the sacrificial bride, they all give up without a fight when Ayato claims her as his own. When the entire first half of Diabolik Lovers is about the various brothers staking their claim on Yui, you’d think they’d at least put up a half-hearted fight. But no, that would make far too much sense.

The plot of Diabolik Lovers’ second half can be summarized as follows: sons kill mother, uncle loves mother, uncle resurrects mother, mother wants sons and husband dead, uncle wants husband’s throne/betrays the mother, sons kill uncle/mother again, Yui whines throughout, then becomes a vampire at the end. Ta-dah! You’d never guess that takes place over the course of six episodes! Diabolik Lovers might not have sucked so bad if all of that plot had been sprinkled throughout the series as a whole, with a little more meat on its bones. That said, it wasn’t spaced out, which rendered the first half nearly useless, and the second so hurried and forced that it didn’t feel worth watching either. 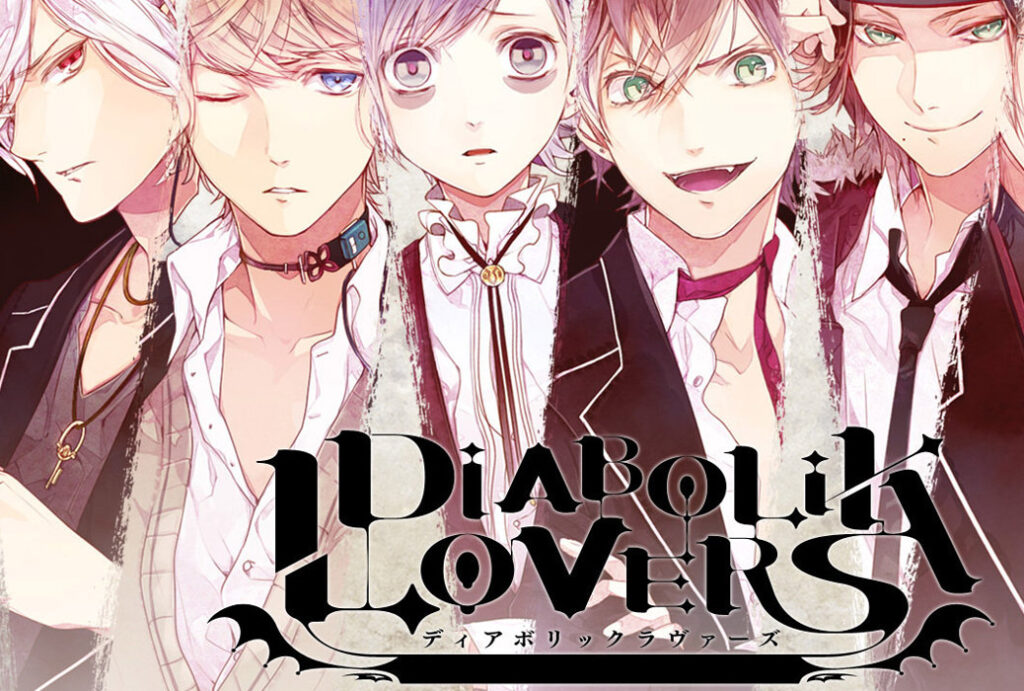