Wonder Egg Priority Quiz – Which Character Are You?

Take this Wonder Egg Priority Quiz to find out which character you are. We update the quiz regularly and it’s the most accurate among the other quizzes.

Wonder Egg Priority debuted in January to acclaim, with nearly film-quality animation and a creative team of talented newcomers either starting their careers or stepping into new roles. Its story, about four adolescent girls each attempting to resurrect someone who had died by suicide by protecting other victimized girls in a magical dream space, was perilous but also refreshing in its forthright willingness to acknowledge social ills. Fans were gearing up to call it one of the all-time greats as the first half introduced the cast and their stories… only for the show to suffer the most grimly spectacular implosion since the have-more-babies propaganda disaster Darling in the FRANXX. So, what exactly happened?

Suicide and the Guilt of Survivors
Thematically, Wonder Egg was playing with fire from the start. The series begins with 14-year-old Ai living as a shut-in following the shock of her friend Koito’s suicide, only to be approached by a firefly who informs her that there is a way to bring Koito back to life. Ai enters a dream space where she’s tasked with protecting a stranger her age who also died by suicide — but here, the once-powerless Ai is able to fight a manifestation of the stresses that drove her charge to end her life (dubbed “Wonder Killers”).

This does not bring the “captured maiden” back to life, but it does provide her with closure, and a mysterious statue of Koito becomes a little warmer as a result. As the girls bond, they begin to question the potentially sinister motives of the two strange mannequin men, Acca and Ura-Acca, who’ve been giving them all these “wonder eggs” to protect. Also, you must try to play this Wonder Egg Priority Quiz.

It’s an incredible setup, one that seemed primed to make a grand statement about how society harms young women and give our heroines a chance to overthrow that system by challenging Acca and Ura-Acca in the metaphorical space and Ai’s teacher Mr. Sawaki in the real world, who seems connected to Koito’s death and is now dating Ai’s mother. While the subject matter was frequently heavy, the abstract conceptualization of those issues contrasted against very sparing graphic imagery in the real world kept the show balanced on a razor’s edge of watchability. This was clearly a show that would be made or broken based on how it ended.

Even in that well-regarded first half, there were a few obvious stumbling blocks, most notably a speech given by the Accas in episode four pontificating that, unlike men, women commit suicide because they are flighty and imprudent. It was easy to dismiss in a world where viewers still expected those characters to be the ultimate villains, but the show’s director then responded on Twitter, stating that Neiru was intended to counter the sentiment, but it was cut for time. Because Nojima repeated this reasoning in interviews, some early speculation suggested that there might be a schism between series composer Shinji Nojima’s scripts and the rest of the creative team’s.

All of this was building up to the airing of episode 10, which featured Momoe, another magical girl, protecting a trans boy and dealing with her own gender issues. Many viewers had read Momoe as a trans girl up to this point: her fears included being called a “prince” and feeling pressured to dress masculine; her first meeting with the other heroines included her crying happily at being recognized with a girl, along with an otherwise inexplicable conversation about Adam’s apples; and one of her battles in the dreamscape involved a Wonder Killer screaming at her for “invading” a women’s-only train car. Momoe’s trans boy charge Kaoru gave her his trans-flag-colored jacket after the two shared a heart-to-heart; Momoe later rips her shirt open to reveal a flat-looking chest and a trans-flag-colored sports bra, shouting “I’m a girl,” before striking the final blow against a transphobic Wonder Killer. “This is a trans character affirming and protecting another trans character and learning to love herself for who she is,” the visuals say repeatedly. 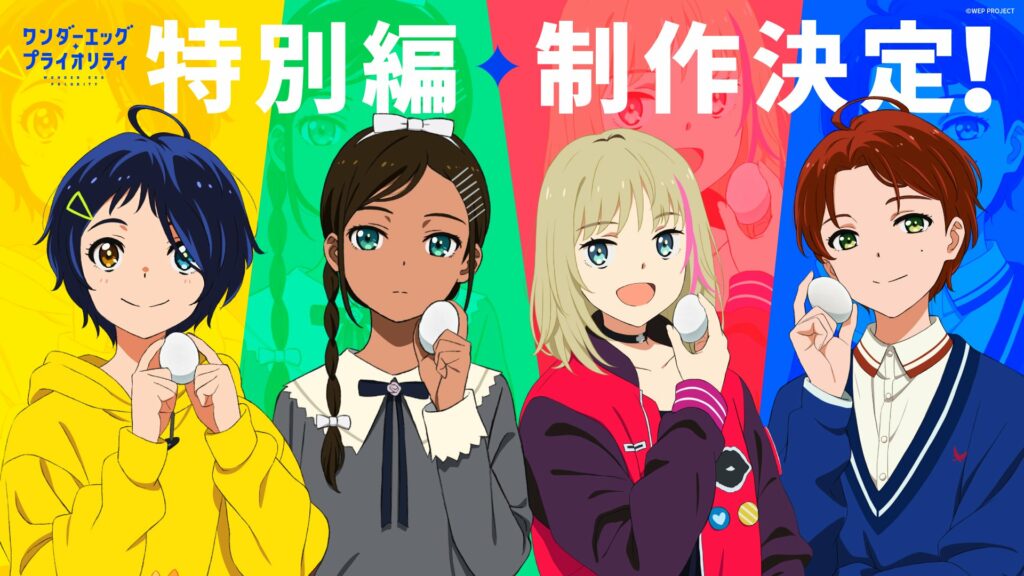