Which RWBY Character Are You – RWBY Quiz

RWBY (pronounced “Ruby”) follows four high school girls — Ruby Rose, Weiss Schnee, Blake Belladonna, and Yang Xiao Long – as they prepare to be heroes in Remnant, a sci-fi/fantasy fusion world. It’s an intriguing premise with a lot of uniqueness and possibility. The show’s character design is superb, and even minor characters are well-detailed, with the obvious effort put into their appearances. Jeff Williams’ musical composition is always outstanding, embracing a variety of styles ranging from gospel-like harmony in “Wings” to swinging jazz in the “Never Miss a Beat” rendition of the main theme. The majority of the fight animations are strong and well-choreographed while remaining high-octane and spectacular. All of these artistic triumphs are almost innovative enough to carry the series for its whole run. The emphasis is on almost.

While the characters in RWBY are lovely, they are frequently underdeveloped. Ruby is a bundle of optimism and brightness who, although undeniably endearing, isn’t much more complex than the normal peppy-girl protagonist. Weiss is portrayed as the annoyingly tired snobbish rich-kid cliché. She advances significantly beyond this towards the conclusion of the first season but then fails to discover other intriguing personality traits later on. Blake is introduced as yet another stereotypical character: the timid, scholarly, soft-spoken voice of reason.

Which RWBY character are you?

Even these characteristics, however, are sacrificed in favor of creating a confusing figure who viewers are told, rather than shown, is cowardly. She becomes so engrossed in her tragic past that spectators only get a glimpse of her personality. Yang has one of the show’s least defined personas, with little disclosed about her other than that she’s stubborn and enjoys fighting. Viewers catch glimpses of other facets of her deeper character, such as the fact that she has pals outside of the primary ensemble. All of this, however, is rarely mentioned because she receives pitifully little screentime.

RWBY remains popular long into its seventh season due to its dedication to creating a strong, intricate story as well as its dedication to its characters. The action scenes aren’t bad either, as they’re what the series was renowned for in the beginning. Its lovely and distinctive animation is captivating and striking, whether seen on a laptop, TV or even a phone. Also, you will find out which RWBY character are you in this quiz.

RWBY is an action-adventure fantasy story set in the World of Remnant, which serves as a sort of counterpart to our own. Except that in this world, the humans are constantly attacked by creatures known as the Grimm, who are motivated by the terror and division they spread among the people. The primary heroes of RWBY are facing the Grimm’s source, an extraordinarily strong, ancient sorceress named Salem. Along the way, they must contend with the internal politics of each “kingdom” in Remnant, which frequently stymies rescue attempts. The series’ overall goal is to bring down Salem by using four relics given to the people of Remnant by the former Gods (the Gods rather unceremoniously left). The Relics of Choice, Knowledge, Creation, and Destruction are the four relics.

Vale, Vacuo, Atlas, and Mistral are the kingdoms, and each has its own set of characteristics. Vale was an educational and communication center until the Fall of Beacon; Beacon Academy was where future fighters known as Huntsmen and Huntresses were trained. Each kingdom has an Academy, but Beacon was without a doubt the most prominent. Vacuo is likely the least known of the kingdoms; the characters have yet to visit it. Atlas is a militaristic kingdom that is mainly concerned with self-defense. Mistral is the greatest kingdom in Remnant, and as such, it struggles to keep up with the vast number of Grimm who congregate on its fringes.

For more personality quizzes check this: Which Martial Art Is Right For You?. 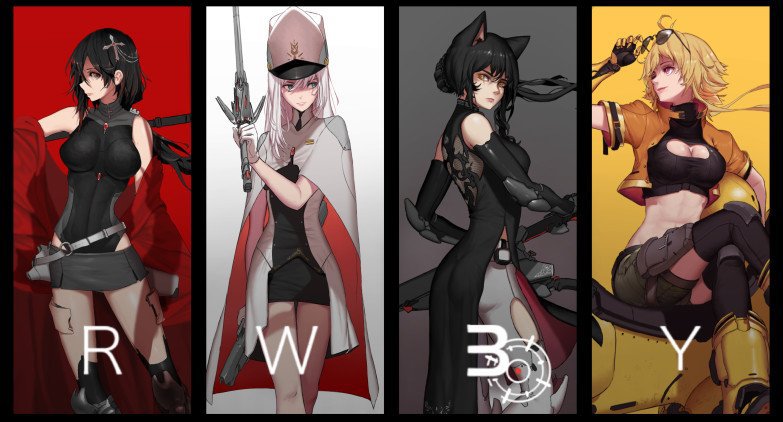