Take this which Element Of Harmony are you quiz to test which element are you? Answer these quick questions to find out. Play it now!

Over four years after the show’s debut, the first friendship lesson is possibly the most crucial to revisit. Generation 4’s motto, “Friendship is Magic,” is also the title of the show’s two-part premiere episode. The episode’s themes set the tone for the brand new perspective that has since inspired so many people to join the herd.

Twilight Sparkle, a bookworm, had never seen the need in making friends, preferring to concentrate on her academics instead. Twilight discovers texts indicating that the legendary Nightmare Moon is about to escape her prison on the moon and attempts to warn her mentor, Princess Celestia. The Princess answers by implying that the young unicorn is exaggerating and assigns her to oversee preparations for a forthcoming festival, with the stipulation that she make some friends while she is there.

Twilight tells her assistant at one point, “the survival of Equestria does not depend on my making friends.” Twilight will go on to mention this comment in subsequent seasons, as it is perhaps one of the most poignant statements about the character she begins as.

Many of the principles of friendship are explored from an outsider’s perspective by the character. Twilight’s letters to Princess Celestia outlining what she has learned about friendship allow the viewer to ponder on the message at the end of the episode. Lauren Faust, the show’s creator, has stated that the idea was inspired by the iconic TV comedy Mork and Mindy.

Which Element Of Harmony are you?

Okay, the first one is a no-brainer. Silverstream, with her continual excitement and unashamed affection for everything and everyone, is the most likely candidate to bear the Element of Laughter. She lives in a constant state of awe and amazement about the world around her, and it appears that the only thing she loves more than anything else is sharing that awe and wonder with her pals. Also, you will find out which Element Of Harmony are you in this quiz.

But, like the ancient Element of Laughter, Silverstream’s drive to achieve and give enjoyment is far more profound than it appears. Silverstream’s love for life stems from the pain she felt as a result of the Storm King’s oppression, just how Pinkie Pie’s proclivities arise from her strict upbringing and a desire to ensure that no one ever feels as miserable as she used to.

Silverstream understands what it is to be bereft. When the hippogriffs fled Mount Aris, they lost everything, and while they sought to start a new life under the water, the prospect of being discovered and losing everything again loomed over them. As we saw in What Lies Beneath, the thought of the Storm King returning and robbing her of her freedom still frightens her. That’s why Silverstream approaches life with such zeal; she refuses to take anything for granted, even something as basic as a flight of steps, knowing how easily it might be gone forever. That’s why she wants everyone else to appreciate their lives as much as possible.

Yona embodying Honesty is another one that comes as no surprise given what we’ve seen of her culture. Yaks are a proud and strong people, yet they can also be rude and forthright. They have no qualms about telling you precisely what’s on their mind, and if you irritate them, they’ll let you know right away. Yona is no exception.

It’s the same part of Honesty that Applejack has just recently come to terms with – the kind of raw honesty that, if not handled properly, may morph into outright rudeness. Yona’s bluntness, on the other hand, isn’t motivated by a desire to be harsh or cause offense, but rather by the fact that she sees no reason to be anything less than entirely honest.

From two clear choices to one that is more startling. Many fans quickly associated Ocellus with Fluttershy in early comparisons between the Mane 6 and the Young 6. This was due to her delicate voice and timid attitude. However, the white aura reveals a connection to Rarity and, by extension, Generosity. 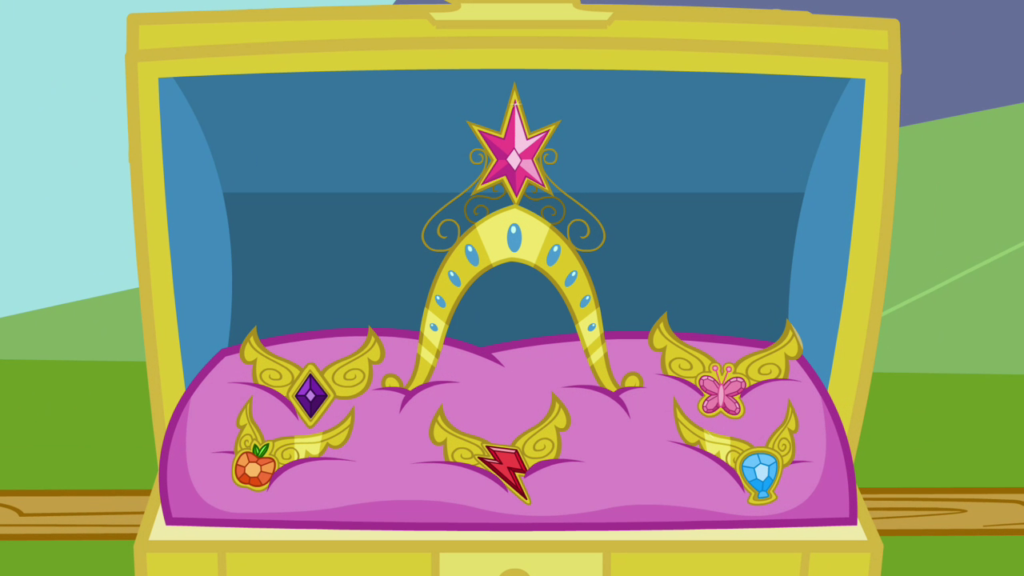