Take this Which Paramore Song Are You quiz to find out. We update the quiz regularly and it’s the most accurate among the other quizzes.

Hayley Williams wanted a vacation from “Paramore’s hair” in Nashville.

Ms. Williams was famous for her dramatic razor-cut bangs and bobs in bursts of explosive color, generally, the loudest synthetic tones of red, orange, and pink, for more than a decade, while establishing herself as one of the most exciting popular rock vocalists of her generation. “I had a haircut that could have slaughtered you,” she remarked of the style that helped her become a mall-punk Warped Tour hero.

However, as her band, Paramore worked to transcend its restrictive genre dogmas over four increasingly ambitious albums, taking the angsty pop-punk of the Myspace moment to the Grammys and the Billboard charts largely on the strength of Ms. Williams’ voice, the singer, now 28, began to feel beholden to a visual shtick. Also, you must try to play this Which Paramore Song Are You quiz.

Which Paramore Song Are You?

Last year, facing a profound melancholy in the midst of additional personnel changes in a band plagued by them — and questioning herself under the enormous duties of adulthood — Ms. Williams opted for “a blank slate,” she added, her currently white-blonde locks further muted under a hat.

“You can run on the fumes of adolescence for as long as you want, but eventually life strikes you pretty hard,” Ms. Williams, a formidable presence who barely scrapes five feet, explained last month, addressing for the first time about the arduous era since Paramore’s last album, in 2013. “I didn’t know if we were going to produce another record,” she explained. “There was a time when I didn’t want it to happen at all.” Then it was like, “I want it to happen, but I’m not sure how we’re going to make it happen.”

Paramore managed to pull it off yet again. On May 12, the band will release “After Laughter,” its fifth studio album, which will have a new lineup — each Paramore album has had a different combination of players surrounding Ms. Williams — and, more importantly, a new sound. Because of current obsessions with Talking Heads, Tom Tom Club, Cyndi Lauper, and Blondie, Paramore has shifted away from the meaty, distorted power chords and hyperactive riffs of its adolescence and toward cleaner, more rhythmic and synth-kissed textures of the ’70s and ’80s.

However, while the band has long existed in its own bizarre hybrid milieu — “too rock for pop and too pop for rock,” according to Taylor York, Ms. Williams’s chief songwriting partner — Paramore returns to a Top 40 landscape even less hospitable to guitars than the one it left on an idiosyncratic high note. (“Ain’t It Fun,” which earned a Grammy for the best rock song, was also the band’s most successful crossover single.)

A throwback ’80s sound has since been attempted with varying degrees of fidelity and success by the likes of Taylor Swift, Carly Rae Jepsen, and Jason Derulo in pop, but has yet to be reliably accomplished by a band. Ms. Williams, cartoon hair or not, remains the emphasis, and her agile melodies and slyly enormous pop hooks are as crisp and captivating as ever, unconstrained by genre boundaries.

Ms. Williams’s influence as a frontwoman has only risen during her hiatus from music, with the most vivid rock, particularly in punk offshoots, increasingly coming from female-led bands who aren’t afraid of a chorus.

Despite being two years her senior, Bethany Cosentino, lead vocalist of Best Coast, referred to Ms. Williams as an industry mentor. “She’s the most humble person I’ve ever met,” said Ms. Cosentino. “She’s a tremendous start, yet you can find her in the back of a performance in Nashville on any given day.” She hasn’t lost touch with her punk background.” 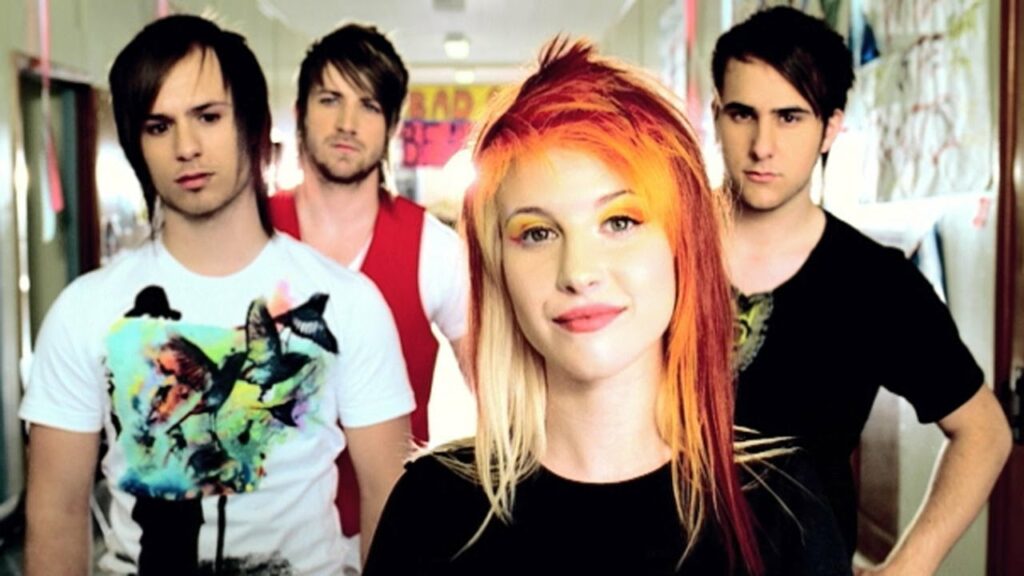