What Type Of Football Player Are You? American Football Quiz

Take this What Type Of Football Player Are You quiz to find out. We update the quiz regularly and it’s the most accurate among the other quizzes.

Many football positions, such as quarterback, have apparent functions. It may be more difficult to determine the difference between a fullback and a running back.

Football is the uncontested heavyweight champion of all team sports in America, so it’s frequently thought that most people understand the principles of the game. Others, on the other hand, have a faulty understanding of ‘offsides,’ and instead of scoping the field, they are too preoccupied with fielding queries. What are the names of the 11 positions on a football team? What does a linebacker do? What exactly is a quarterback’s job?

Understanding what each player on the field accomplishes can be difficult for these football newcomers. Fortunately, this position primer is here to assist. Continue reading to learn about football duties and responsibilities and avoid being flagged for your football confusion.

PART 1: OFFENSIVE PERFORMERS
This section will provide you with information about the players whose primary function is to score touchdowns. At any given time, 11 players are on offense. They seek to work their way down the field with a sequence of plays that entail passing and running the ball until they reach the end zone. The offense consists of the following:

Quarterback (QB) – The field commander. He calls the plays, initiates action, and is in charge of the “snap.” He either tosses the ball to a receiver or gives it to the running back. He may also be able to run with the ball. QBs must be able to throw the ball with both force and accuracy.

Running Back (RB) – Also referred to as the Halfback. This player does everything. Lining up either behind or behind the quarterback, he sprints, catches, blocks, and occasionally throws a pass. A running back is typically a fast runner who thrives on contact. Also, you must try to play this What Type Of Football Player Are You quiz.

What Type Of Football Player Are You?

Fullback (FB) — Similar to a beefier version of the RB, but in the current game, more of a lead blocker out of the backfield. Fullbacks are often strong runners with outstanding speed.

The offensive line consists of five players. Left Tackle (LT), Left Guard (LG), Center (C), Right Guard (RG), and Right Tackle (RT) are the positions in sequence from left to right (RT). It is their responsibility to either pass block for the QB so he can throw or run block for the RB or FB. With the exception of the Center “snapping” the ball to the QB, offensive linemen do not touch the ball the majority of the time. The offensive line is usually made up of the team’s biggest and strongest players. These players employ football lineman gloves for pass-blocking protection due to their high-contact role.

WRs (Wide Receivers) – Pass catchers are the most common term for wide receivers. They begin the play separated from the rest of the formation, at or near the line of scrimmage (an imaginary line that spans from sideline to sideline at the spot where the ball is placed), and run-pass routes in anticipation of a pass from the quarterback. They will throw blocks and occasionally accept handoffs on running plays. Wide receivers typically have a combination of lightning-quick speed and excellent hand-eye coordination. Wide receiver gloves assist these athletes in getting a grip on the ball and are critical for making big plays.

Tight End (TE) – This individual is a cross between a receiver and an offensive lineman. He typically lines up near to the LT or RT, although he can also “split out” like a wide receiver. His responsibilities include blocking for the quarterback and running backs, but he may also go onto the field and catch passes. Tight ends can catch like receivers, but they also have the strength and stature to dominate on the offensive line.
PART TWO: DEFENSIVE PLAYERS

Part two is here to help you with the defense roles. The defense, like the attack, has 11 players on the field. Their objective is to stop the offense from scoring by tackling players and forcing turnovers. Get the answer to the question What Type Of Football Player Are You in this quiz.

Cornerback (CB) – Cornerbacks are usually the defense’s fastest player. They support the run and may be asked to blitz the quarterback, although they spend the majority of their time covering wide receivers. This means they attempt to break up passes, tackle players who catch passes, and intercept passes that are thrown in their direction. At any given time, there are normally two to four CBs on the field. Cornerbacks must be extremely quick and capable tacklers.
Safety (S) – There are two types of S positions: Strong Safety (SS) and Free Safety (FS) (FS). Strong safety is typical, well, strong, and fast. They are often in charge of covering TEs, RBs, and WRs as well as playing down the field, but they are frequently called upon to provide run support. The Free Safety performs comparable duties, but is often regarded as the center fielder and hence the final line of defense. Safety must be quick and strong, as well as a skilled tackler. 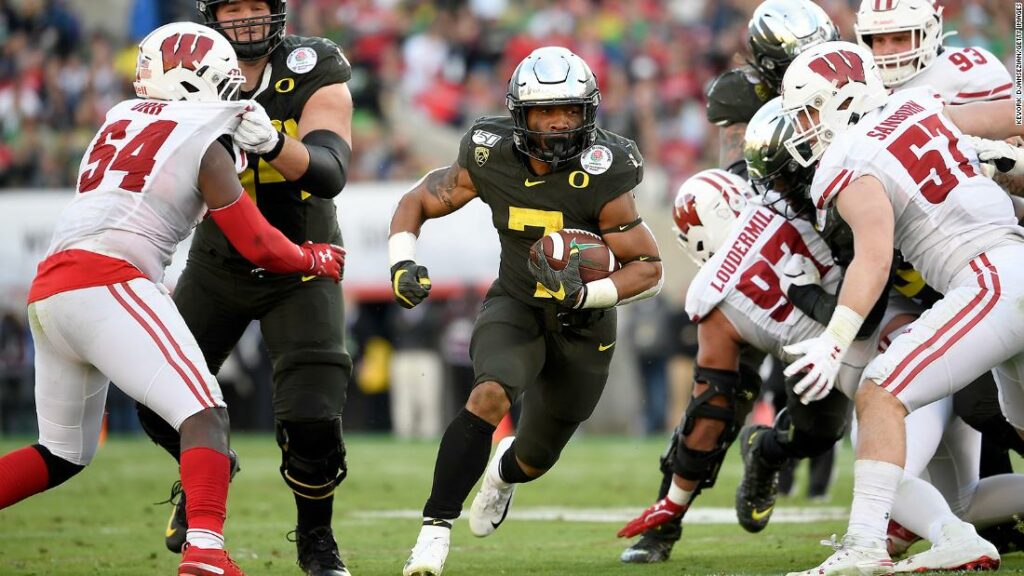