Jake Paul Quiz – How Well Do You Know Him

Take this Jake Paul quiz to find out how well do you know him. We update the quiz regularly and it’s the most accurate among the other quizzes.

Jake Paul, 23, is one-half of the Paul brothers, two of YouTube’s most well-known and contentious stars. Paul achieved online celebrity on Vine before graduating from high school, and he rose to prominence as a Disney Channel star early on.

Since then, Paul has amassed millions of social media fans who enjoy his outrageous pranks and vlogs, which frequently feature his many friends and colleagues in his Calabasas, California, mansion.

In 2017, Forbes assessed his net worth to be $11.5 million. His career, however, has been marred by a number of problems.

The FBI recently raided Paul’s residence as part of an ongoing investigation into his involvement at a looted and destroyed Arizona mall in May. A representative for the Los Angeles Sheriff’s Department confirmed to Insider that law enforcement investigators seized many weapons from the residence.

Jake Paul, a former competitive wrestler, shifted gears and landed in a completely different career in September 2013 when he opened his Vine account and began producing videos. Soon after, he became known as one of the newest Vine Stars, with his account gaining a whopping 2 million followers in just eight months. There was no turning back for this adolescent after that, as he just raised his bar and notoriety as a Vine Star. Also, you must try to play this Jake Paul quiz.

His funny videos are a hit with his legions of admirers and watchers. He frequently injures himself while recording his films and has already earned a name for himself by taking risks such as jumping over a car and other such stunts while generating his Vines.

Jake Paul frequently collaborates with his brother Logan Paul, another Vine celebrity. He believes Logan’s videos are more professional and innovative. Apart from being a Vine Star, Paul is also an actor, having played characters such as Lance in the YouTube Red original film ‘Dance Camp,’ a comedy-drama released on February 10, 2016, in the US; and Dugan in another comedy, a Fox Digital Studios production ‘Mono,’ released on July 8, 2016, in the US.

He is the first social media figure to get one of the main characters in a Disney Channel regular series dubbed ‘Bizaardvark,’ a feat that says much about his immense popularity. The first episode of this American comedy series aired on June 24, 2016. He co-stars with Madison Hu and Olivia Rodrigo in this film as Dirk Mann, the star of ‘Dare Me Bro,’ who does daring things when asked to. His acting prowess allows him to do tough parts with ease and élan, and all in one take, earning him the moniker “One Take Jake.” Jake is friends with Kellie Stewart, Cameron Dallas, Josh Peck, Alissa Violet, and the Dolan Twins, to name a few. He also collaborated on Vine videos with major brands such as Virgin Mobile, HBO, Ritz, and Pepsi.

Paul released the track “Fresh Outta London” on July 24, 2020, along with the music video. He threw a party at his home in Calabasas, California, thirteen days before the video shoot, on July 11, for which he received national notoriety after being chastised by Calabasas mayor Alicia Weintraub when recordings and photos of the party leaked online. On September 10, Paul released another track, “23,” along with a music video at his house that included only his older brother Logan and snippets of him and a handful of his pals. The song’s title relates to his age at the time, as well as the jersey number of American former basketball player Michael Jordan. On October 15, Paul released the single “Dummy,” which featured Canadian rapper TVGucci, who is signed to Drake’s record label, OVO Sound. Six days later, on October 21, the lyric video was posted to Paul’s YouTube channel. 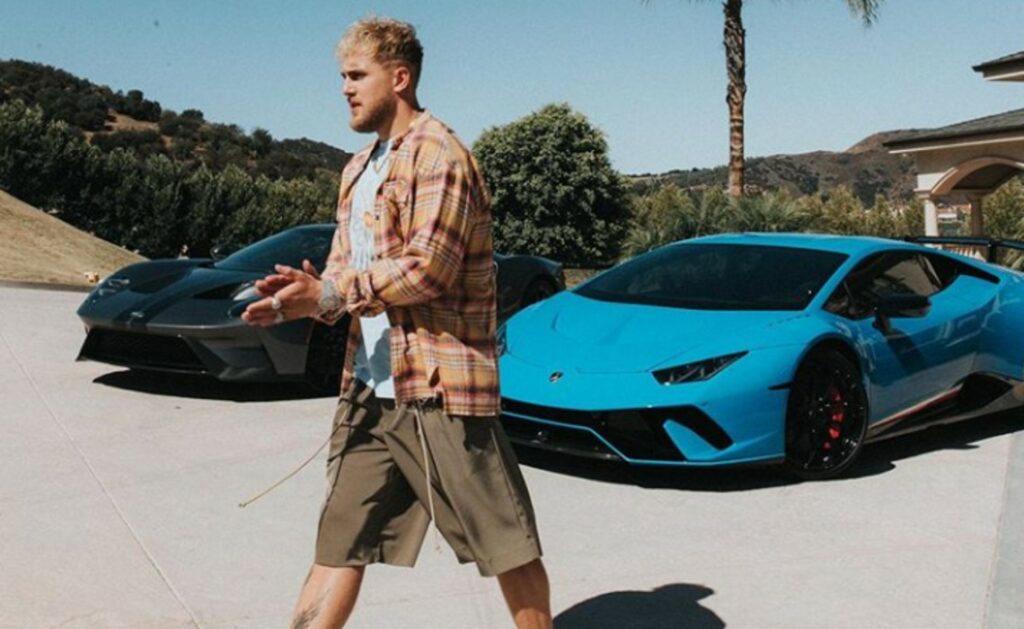