Dante’s Inferno Test: What Circle Of Hell Would I Be In

Take this Dante’s Inferno Test to find out what circle of hell would I be in. We update the quiz regularly and it’s the most accurate among the other quizzes.

Inferno begins on the evening of Good Friday, 1300. Dante Alighieri has lost his way while traveling through a dark wood and now wanders frightened through the forest. The sun shines down on a mountain above him, and he tries to ascend it but is stopped by three beasts: a leopard, a lion, and a she-wolf. Dante returns to the dark wood, terrified and helpless. Here he meets the ghost of Virgil, the famous Roman poet, who has come to assist Dante back on his route, to the mountain’s summit. According to Virgil, their journey will take them through Hell and eventually to Heaven, where Dante’s beloved Beatrice awaits. He goes on to say that it was Beatrice, together with two other holy women, who sent Virgil to guide Dante after he became lost in the woods.

Virgil guides Dante through Hell’s gates, which are marked by the haunting statement “abandon all hope, those who come hither” (III.7). They enter the Ante-Inferno, an outlying section of Hell where souls who could never commit to either good or evil in life must now run in a pointless chase after a blank banner, day after day, as hornets attack them and worms sip their blood. Dante is repugnant and pity-filled when he observes their agony.

The ferryman Charon then transports him and his escort across the Acheron River, the true frontier of Hell. The First Circle of Hell, Limbo, is home to pagans such as Virgil and many of antiquity’s great writers and poets who died without knowing Christ. Following his encounters with Horace, Ovid, and Lucan,

Dante enters the Second Circle of Hell, which is reserved for the sin of Lust. The monster Minos waits on the border of the Second Circle, assigning condemned souls to their penalties. He wraps his tail around himself a certain number of times to represent the number of the circle to which the soul must travel. Dante watches as the souls of the Lustful swirl around in a horrible storm inside the Second Circle; Dante encounters Francesca, who tells him of her tragic love affair with Paolo da Rimini, her husband’s brother; the romance has placed them in Hell. Also, you must try to play this Dante’s Inferno Test.

The Gluttonous must lie in the mud and endure a downpour of filth and dung in the Third Circle of Hell. The Avaricious and the Prodigal are made to charge at each other with massive rocks in the Fourth Circle. The river Styx runs through the Fifth Circle of Hell, a marshy, fetid cesspool where the Wrathful spend eternally fighting one another; the Sullen is imprisoned beneath the Styx’s waters, suffocating on the mud. Dante sees Filippo Argenti, a former political adversary of his, and rejoices as other souls tear him apart.

Virgil and Dante then walk to the walls of Dis, a city inside the wider territory of Hell. The demons guarding the gates refuse to open them for Virgil until an angelic messenger from Heaven arrives to force the gates open in front of Dante. The Heretics are housed in the Sixth Circle of Hell, where Dante meets a rival political leader named Farinata. A deep valley leads into the First Ring of Hell’s Seventh Circle, where people who were aggressive against others spend eternity in a river of boiling blood. 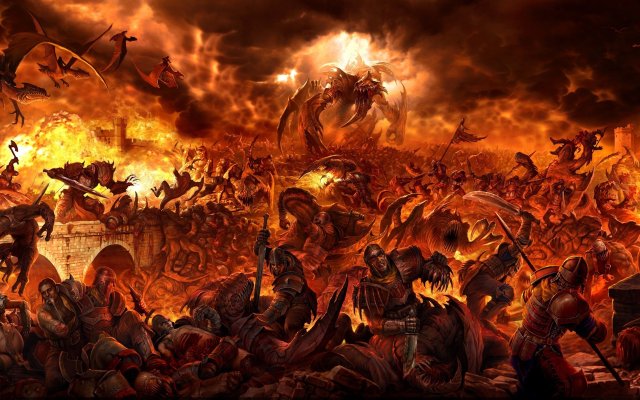