Take this Yuri On Ice Trivia to find out how well you know Yuri on Ice. We update the quiz regularly and it’s the most accurate among the other quizzes.

Because Yuri on Ice is about competitive figure skating, there is a strong emphasis on strength, competition, and the thrill of victory. Viewers are given to each skater’s innermost thoughts while they do their routine – their aspirations, dreams, insecurities, and reflection on their own motions. As a result, we gain a greater sense of who each character is and what motivates them. It’s simple to identify favorites (hello, Phichit) and not-so-favorites (bye, JJ).

The show also shows a more gentle side of competitiveness. These individuals have a fragile friendship; they cheer for one other and gasp in surprise when someone falls. And, because so much of skating is about beauty and performance, their genuine reactions provide a refreshing change from the hyper-macho attitude that contact sports are usually associated with. Each skater is a type of dancer, with the ability to land maneuvers that appear as they belong in a ballet studio.

I’D BUY MADDEN EVERY YEAR IF I WANTED SPORTS AND COMPETITIONS. SO, HOW ABOUT SMOOCHIN’?
If the show’s competitiveness bores you, perhaps the romance will. Victor and Yuri have fantastic on-screen chemistry; they’re a couple you want to root for since they’re both so endearingly encouraging to each other.

If none of that has piqued your interest, believe me when I say Yuri on Ice is worth seeing just for the skating moments. It features skate choreography by Kenji Miyamoto, a coach, choreographer, and retired Japanese ice dancer, as well as a brilliantly animated presentation. Each character moves through their routines with such ease and grace that it’s nearly hypnotic. Take my word for it, but don’t take my word for it. Just look at the opening credits. Also, you must try to play this Yuri On Ice Trivia.

IS THERE ANYTHING ABOUT YURI THAT MAKES HIM UNIQUE? WHY SHOULD I BELIEVE IN THIS PERSON? HE SOUNDS ABOUT RIGHT.
He truly is, and it is what distinguishes him. Yuri is a mediocre skater at best, and extremely average when compared to his peers. However, he excels due to his drive and determination. Because he has to, he battles for every inch he gains. This is especially clear when compared to Victor, whose skill is far beyond any level attained only by exercise. However, competitive skating is a young man’s sport, and Victor, at the age of 27, has most certainly achieved the pinnacle of his career. Coaching is a reasonable next step, but as the show shows, there’s a genuine connection between Yuri and Victor that extends beyond the latter’s retirement from competition.

After discovering of Victor’s career choice, Yuri Plisetsky, a young 15-year-old Russian prodigy skater, travels to Hasetsu to make Victor follow a promise made before the series began. Victor had promised to create a special performance for Yuri P. if he won the Junior World Championships, which Yuri P. undoubtedly achieved. Victor, having forgotten about his pledge to Yuri P., forces the two Yuris to compete to see who he will coach. He selects two songs for the skaters, each with a similar tune but a different meaning. The first song, “Agape,” was written about unconditional love and was assigned to Yuri P. “Eros,” the second song, is about sexual love and is assigned to Yuri K. Victor becomes Yuri K.’s coach after his performance triumphs. Yuri P. returns to Russia, and both Yuris swear to win the Grand Prix.

Yuri K. and Yuri P. both qualify to represent their countries in the Grand Prix series, and then to the Grand Prix Final in Barcelona. Yuri K. and Victor become increasingly close throughout the course of the Grand Prix, with the two of them kissing in public. and with Yuri K. buying them both gold rings in Barcelona, prompting Victor to make jokes about them being engaged. On the eve of the final, Yuri K. decides to retire from skating so that Victor can return to the sport, but Victor tearfully rejects the idea, and they agree to choose their paths after the tournament is over. The competition concludes with Yuri P. taking gold and Yuri K. taking silver. As a result, Yuri K. decides to continue skating and relocates to St. Petersburg so that he can continue to train with Yuri P. and Victor.

For more personality quizzes check this: Which Aristocat Are You? 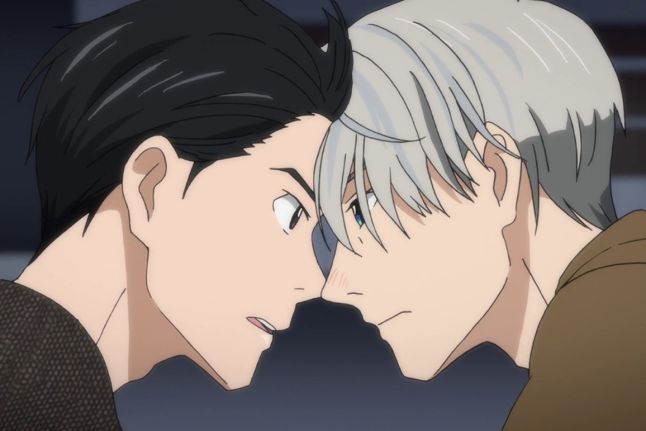