Which Winx Fairy Are You?

Take this Which Winx Fairy Are You quiz to find out. We update the quiz regularly and it’s the most accurate among the other quizzes.

Musa was surrounded by sound waves.

Musa is a Melody Guardian Fairy who governs sound, sound waves, and music. In her leisure time, she is a talented pianist and singer. Her sonic booms can be lethal, and she has the ability to hypnotize or force individuals to sleep.

Working against Musa is the fact that spells that induce silence or that hinder her hearing in some way can weaken her. She is not, however, as reliant on the natural world as many of the nature fairies are. Unfortunately, several of her skills have workarounds, and the loud booms are simple attacks.

Roxy has the ability to summon animals.

Roxy is a legitimate Winx Club member despite the fact that she is not a continuous character throughout the show and does not appear until later seasons. Her abilities are based on animals, both real and made up, so she is somewhat dependent on the world around her.

She can, however, make animal stand-ins out of things and have them fight. She is also incredibly intuitive and possesses unrivaled instincts. She is incredibly empathic and truly cares about animals, and she derives most of her power from them. Also, you must try to play this Which Winx Fairy Are You quiz.

Which Winx Fairy Are You?

Flora’s strength is frequently influenced by her surroundings.

Flora’s abilities, like Roxy’s, are dependent on the natural environment and, to a lesser extent, external situations. Flora, on the other hand, has influence over plants and plantlife, unlike Roxy. As a result, she has a great deal of control over the environment around her. She is also a skilled potion maker who is dedicated to her studies.

Flora is one of the most powerful fairies when she is in an environment that allows her to use her abilities. However, because of her need to be around plants, she has difficulty in environments where there is no thriving ecology.

Stella has the ability to summon the power of the sun.

Stella is the princess of her world, as are a handful of the other fairies, but her realm is extremely significant and involved. Much of this is due to the powers inherited from their ancestors. Their sun, moon, and star powers are extremely powerful, and in the right hands, they have the potential to cause significant damage.

Stella is frequently preoccupied with boys and fashion, so she rarely focuses on training and reaching her maximum potential, particularly towards the start of the series. Nonetheless, she is capable of unleashing tremendous power.

While Aisha may have joined the program later than some of the other fairies, she was far from lacking in power. Aisha is one of Alfea’s most talented and powerful fairies. She has command of water, waves, and liquids. Aisha is the most capable member of the group in the new Netflix series Fate: Winx Saga, having control and skill beyond her classmates.

Her skills, like those of other fairies, are dependent on the natural world, hence Aisha may find herself at a loss owing to external conditions. However, she is an extraordinarily powerful fairy with far more focus and inherent strength than others.

Bloom is the protagonist of Winx Club, and much of the original plot and mystery revolved around her and her extraordinary skills. As a result, it stands to reason that Bloom is at the pinnacle of magical power and strength. Bloom was at a disadvantage at first, having been raised in the human world and arriving late to the magic-wielding game, but she rapidly learned.

As the show progressed, she demonstrated her power and usefulness, which says a lot given her history. Her devastating fireballs and other fire-based assaults derive from her ancient Dragon’s Flame strength. 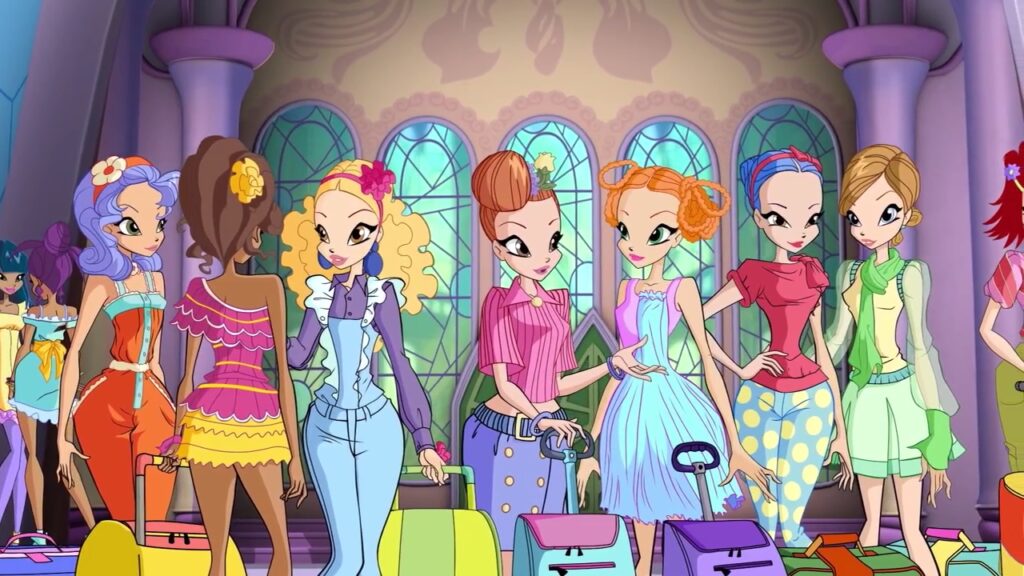