Which Naruto Female Character Are You?

Take this Which Naruto Female Character Are You quiz to find out. We update the quiz regularly and it’s the most accurate among the other quizzes.

Konan was a founder member of the infamous Akatsuki organization as well as its sole female ninja. She naturally played an important role alongside Nagato in the destruction of Konohagakure during the Pain Arc, but her most memorable moment was her attempt to assassinate Obito.

Her Sacred Paper Emissary technique consisted of 600 billion explosives that would go off on a regular basis for ten minutes. She created it precisely to account for Obito’s five minutes of intangibility, nearly killing him after executing the technique.

Chiyo lived a long life and thus had plenty of time to perfect the puppet skill that Kankuro and her grandson, Sasori, both exhibited. She’s had a feud with another great kunoichi, Tsunade, since the Second Shinobi War.

Chiyo was obliged to confront and kill Sasori, whom she had taught her puppet techniques, after teaming up with Tsunade’s apprentice, Sakura. In the end, Chiyo demonstrated that not even old age could diminish her ninja strength.

Which Naruto Female Character Are You?

Mei had to be tough to survive growing up in the Village Hidden in the Mist. To graduate from the academy, she had to fight a terrible war against her classmates, which paid off when she was appointed Mizukage to help prevent further carnage in her village. Also, you must try to play this Which Naruto Female Character Are You quiz.

Mei’s two kekkei genkai are what make her so powerful. She was able to restrain Sasuke during the Five Kage Summit using both her lava and boil techniques, and would have defeated him if it hadn’t been for Zetsu’s intervention.

Tsunade had a lot going for her from a young age. She was the granddaughter of Hashirama, one of history’s most powerful ninjas, and she was groomed by the Third Hokage to become one of the Legendary Sannin and the Fifth Hokage.

Tsunade is well-known for her expertise in medical ninjutsu as well as physical strength, and she can considerably increase her chakra and power with the Strength of a Hundred Seal. During the Fourth Shinobi War, this tactic proved useful in keeping up with the likes of Madara.

Despite her sluggish start at the start of the series, Sakura yearned to fight alongside Sasuke and Naruto as equals. Because she excelled at chakra control, the pink-haired kunoichi was able to exploit this to her advantage and become one of the series’ strongest women.

While she wasn’t the hero of the final bouts with Madara and Kaguya, Sakura was one of the few ninjas capable of facing these strong opponents. She even assisted Naruto and Sasuke in delivering the ultimate blow that would seal Kaguya’s fate and bring the conflict to a conclusion.

Kaguya was the ultimate enemy in the Fourth Shinobi War, possessing both the Byakugan and the Rinne Sharingan, which could not be defeated by a single person.

Rather, it needed Team Seven’s united efforts to keep her at bay. The fact that it took four of the best ninjas to beat Kaguya demonstrates how immensely powerful she was on her own.

Karin had to be a formidable ninja in order to be recognized and acknowledged by both Orochimaru and Sasuke. She originates from the same clan as Naruto, which means she, too, has an unusually big chakra store.

While she is most frequently seen using her chakra to heal her comrades, Karin is both physically and mentally strong. Not only was she directly recruited by Sasuke into Taka, but she was also trusted by Orochimaru to keep an eye on one of his hideouts.

Kushina was not just Naruto’s strong mother, but also the Nine-Tailed Fox’s prior jinchuriki. Kushina, like Karin, possessed Uzumaki blood coursing through her veins, providing her with a powerful burst of power and chakra.

Kushina’s most noteworthy technique was the Adamantine Sealing Chains, an Uzumaki Clan specialty. When Kushina employed them, the chains were strong enough to restrain the Nine-Tails while simultaneously acting as an impenetrable shield of protection.

For more personality quizzes check this: Which Akatsuki Member Are You? 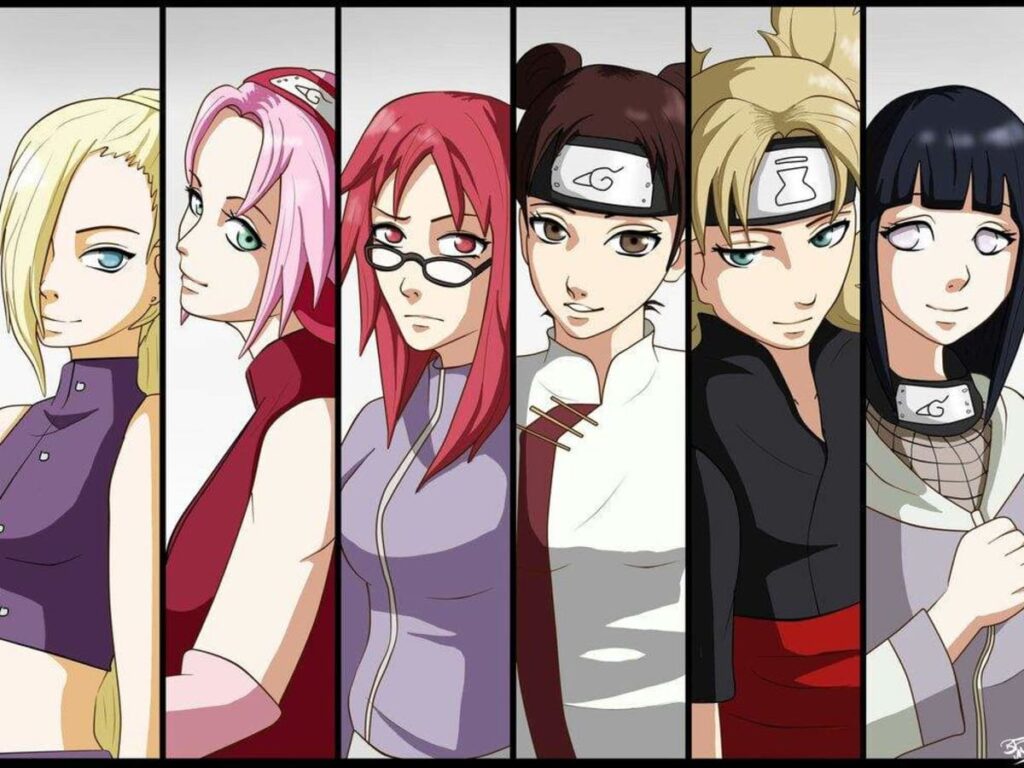