Which Fate Servant Are You – Personality Quizzes

Lancer of Black was inspired by none other than Vlad Tepes, often known as Vlad the Impaler. The same Wallachian ruler who fought against the Ottoman Empire. He had a frightening reputation for impaling his victims with lengthy stakes. Later, in Bram Stoker’s horror book Dracula, the Wallachian ruler would serve as inspiration for Count Dracula.

Legend of Dracula is Lancer of Black’s second Noble Phantasm. The Noble Phantasm, as the name suggests, transforms Lancer of Black into a bloodthirsty vampiric creature. Lancer of Black, on the other hand, refuses to use this power, even if his life depends on it. This is due to his abhorrence for how much the Dracula mystique has tainted his family’s history.

Medea, the princess from Greek mythology, is Caster’s true identity. Medea was the sun god Helios’ granddaughter and the daughter of King Aeetes of Colchis. She met Jason of the Argonauts one day and fell completely in love with him. Medea has been described as a witch by numerous individuals during her existence. They had no idea she’ll be starting a new life as a genuine witch. Also, you will find out Fate servant are you in this quiz.

Which Fate servant are you?

Medea proved to be a formidable opponent during the Fifth Holy Grail War. She even summoned her personal butler.

Joan of Arc, the mythical heroine, is the ruler. A ruler is a type of servant. The Holy Grail did not summon her to join in the conflict, but rather to oversee it. This is due to the enormous number of servants and masters that are taking part. Even the Ruler’s calling procedure is unusual for a servant. The ruler must inhabit the body of a French girl named Laeticia, who agreed to be Ruler’s vessel, in order to remain in the physical world.

Joan of Arc makes her second appearance in Fate/Apocrypha, following her brief debut in Fate/Zero.

Caster isn’t the only Greek Mythology character to be adopted for the Fate series. Medusa, the snake-haired gorgon, is Rider’s actual identity. The same creature who can turn anything into stone with her stare alone, though you wouldn’t know it at first glance. While Rider’s look bears no resemblance to the original gorgon, she does preserve one distinguishing feature: her stone-cold glare.

If they are caught in her gaze, they will slowly petrify until they become statues. Rider works for Shinji Matou in the Fifth Holy Grail War.

Wow, the cast of Fate/Apocrypha is so broad that it even includes William Shakespeare. Shakespeare’s presence is, to say the least, unusual. Despite being of the Caster class, he is unable to conduct any magical craft. He has no fighting experience, thus he is completely powerless to protect himself. Shakespeare’s only saving grace is his extraordinary abilities.

Shakespeare possesses two potent abilities: Illusion Creation and Mind Manipulation. Their names are self-explanatory, but there’s more to them. Shakespeare can make his adversaries go through the most heinous experiences of their life. The victim’s psyche will shatter if the encounter is too overpowering.

Archer is a one-of-a-kind case. He is not based on a historical figure or a fictitious character from another previously published source. Archer, on the other hand, is a completely unique character created expressly for the Fate series. Archer is actually Shirou Emiya from a another timeline.

Shirou establishes a deal in the future that allows him to live on after death as a Heroic Spirit. In the Fifth Holy Grail War, Archer will soon cross paths with his younger self. 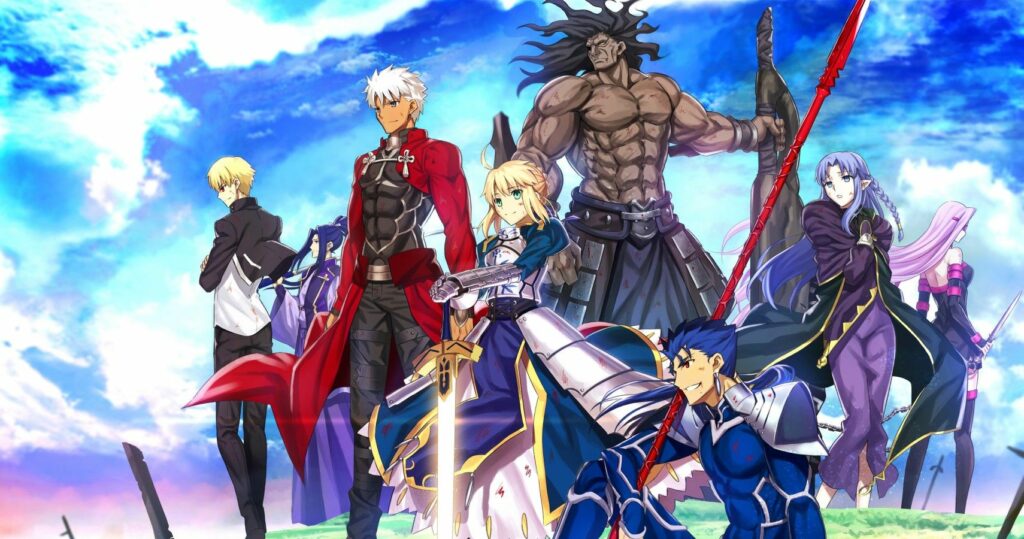