Which Edens Zero Character Are You?

Take this Which Edens Zero Character Are You quiz to find out. We update the quiz regularly and it’s the most accurate among the other quizzes.

Several story arcs in this series explore the nature of robots. Are they living, and how near should they be to humans? Several of Shiki’s pals are robots throughout the series. Some are powerful androids with full sentience who are either used by humans or find a means to achieve their freedom.

In either case, we have the return of Happy, who is a robotic cat in this universe that can convert into a pair of pistols for Rebecca to employ in a fight.

Not only does AI play a significant role in the series, but the battle between robots and humans is also a major driving force. Shiki and his crew are among the minority who believe robots are living entities, much like people.

The remainder of the cosmos regards them as useful instruments. It’s a constant battle between the two sides, which reaches a minor climax during the Foresta arc, when both sides suffer casualties as a result of a virus, testing any trust that exists between the two. Also, you must try to play this Which Edens Zero Character Are You quiz.

Which Edens Zero Character Are You?

The “countdown clock” in the universe is maybe Eden’s Zero’s coolest feature. A powerful, unstoppable dragon is circling the galaxy “consuming” planets.

It’s known as a Chronophage, because it eats time on a planet, erasing decades of its existence and effectively producing vast paradoxes. Nobody knows what to do about it except leave before someone else’s time is up. In many aspects, he resembles Marvel Comics’ Galactus.

Because of Rebecca’s abilities, time travel becomes a part of the series.

Time is mentioned multiple times in the novel, first with Chronophage eating away at the time of planets and then with Rebecca’s Cat Leaper ability, which allows her to travel back in time. This is done psychologically rather than physically.

Rebecca’s consciousness would return to inhabiting the body she had in the past while preserving memories of the future. Her first major use of this talent was to save Shiki from Drakken Joe’s clutches.

It’s a regular feature in the Weekly Shonen Magazine.

It is currently recognized for publishing various series such as Ace of Diamond, Fire Force, Smile Down the Runway, Tokyo Revengers, and Orient, which Shinobu Ohtaka worked on after finishing the manga Magi. While it hasn’t reached the heights of its predecessor’s success, it still has a sizable fan base.

There is a significant crossover between Rave Master and Fairy Tail.

Eden’s Zero has a clear crossover with Fairy Tail. Mashima planned to do a mash-up manga starring all of his most popular characters, including Rave Master, Fairy Tail, and Eden’s Zero.

This mini-series aired in 2019 and featured all three main characters meeting on a single island. Natsu and Shiki are looking for a specific fruit, while Haru is on the lookout for and destroying “Oasis.” The only drawback was that it was tough to discern who everyone was because so many of the characters looked the same.

The bad guys aren’t sympathetic in the least and are meant to be despised.

One of the more intriguing aspects of Eden’s Zero is Mashima’s attempt to remedy some of the flaws in his work. In the afterword to Volume Five of Eden’s Zero, he discusses how the antagonists in his work are often sympathetic, making the reader want to root for the bad guys.

Mashima is said to have gone out of his way in Eden’s Zero to make the villains less likable in order to get people to root for the heroes instead. 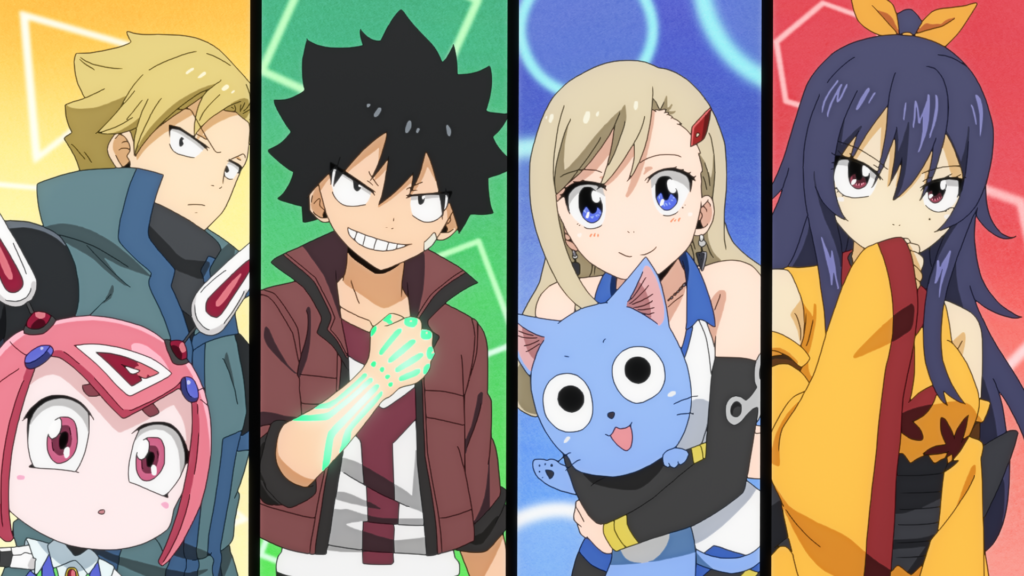