Which Boondocks Character Are You? Boondocks Quiz

Since its inception in 1999, McGruder’s strip, which is distributed by over 350 publications, has been fraught with controversy. Fans and detractors of “The Boondocks” liked and despised the strip for the same reasons: its cutting-edge comedy and outspoken, sometimes unpopular, opinions on a variety of themes such as racism, politics, the war on terrorism, and the September 11 attacks.

After Sept. 11, “The Boondocks” sparked a furious outcry when Huey stated that the US government’s historical relationship with Osama bin Laden, notably the Reagan administration’s, set the basis for the attacks. Newspapers such as Newsday and the Daily News in New York refused to carry the strip, while The Dallas Morning News chose to move “The Boondocks” from the comics page to the Living section.

Which Boondocks character are you?

McGruder, 31, has been an equal-opportunity critic through Huey and other characters. Rice, President Bush, Queen Latifah, Cuba Gooding Jr., and African-Americans, in general, have all been the target of Huey’s fury, for reasons like self-hatred, restricted thinking, and poor TV viewing habits, among others. Also, you will find out which Boondocks character are you in this quiz.

“He’s been quite broad in the folks he’s gone after,” said Mark Naison, an African-American studies professor at Fordham University in the Bronx, New York. “I appreciate his goals. People like him, Dave Chappelle, and [New York Times] columnists go after unpopular people and call them out on matters they believe need to be addressed. That’s what I enjoy about ‘The Boondocks.'”

Adult Swim’s normal schedule of bizarre cartoons and nihilistic sketch comedy was broken up in 2005 by the insightful, controversial, and lushly animated adaptation of The Boondocks. The show centered around the lives of the Freeman family, which included young, educated, bitingly funny Huey Freeman, his want to be hardcore rapper little brother Riley, and their grandfather, Granddad, a cantankerous war veteran who didn’t agree with either boy’s worldview. The African-American family resided in Woodcrest, an upper crust, predominantly white suburban enclave (the Boondocks), a setting in which creator Aaron McGruder could discuss, criticize, and intellectually destroy politics, race relations, public figures, and popular culture, particularly African-American pop culture.

The brutally humorous and caustic series spoke truth to power and exposed society’s most toxic evils, and it was all based on McGruder’s iconic newspaper comic strip. And if you want to learn more about McGruder’s animated masterwork, check out The Boondocks – the comic strip, the cartoon series, and its legacy.

The Boondocks was a nationally syndicated comic strip long before it became a blockbuster animated series. Before that, it was just a small comic strip in a student newspaper. Before that, it was an early webcomic, beginning as a regular feature on the early (and now defunct) music website The Hitlist Online in February 1996. After finding a foothold there, Aaron McGruder proposed it to The Diamondback, the student newspaper at the University of Maryland, where the cartoonist, who was still in his early twenties at the time, was an undergraduate studying African-American studies.

For more personality quizzes check this: Which Ever After High Rebel Are You?. 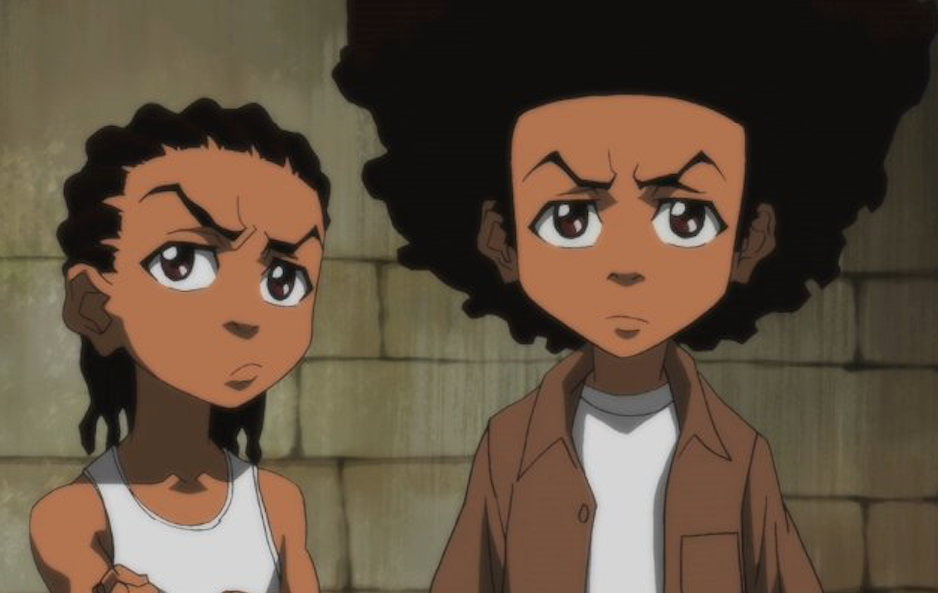