Which Ark Dino Are You? – Personality Quizzes

Take this Which Ark Dino Are You quiz to find out. We update the quiz regularly and it’s the most accurate among the other quizzes.

Trike
For many, this is the go-to dino for getting started. They are not only one of the strongest early-level dinos for farming, but they also perform well as a defensive dino while mounted.

It is advisable to strive for a low-level Trike to reduce the amount of time and early resources required to tame it. As a herbivore, all that is needed is narco berries to keep knocked at bay and mejo berries to feed and tame. Allowing the dino to starve for roughly 30 percent of its overall hunger and then piling berries on him is an efficient strategy. This ensures that taming effectiveness is increased when tamed, resulting in more levels added. This strategy is described in further depth here: “Starving technique” (will be added soon)

The primary purpose for choosing a Trike as an initial tame is to be a farmer/berry gatherer. Not only can they harvest more per bush, but the amount they can carry is much greater than if you gather by hand. It’s worth noting that the greater this dino’s melee attaches, the more resources it may gather per attack/swipe. Also, you must try to play this Which Ark Dino Are You quiz.

Which Ark Dino Are You?

After taming a Trike, you will find it much easier to pick narco berries, which are then utilized in the mortar and pestle with rotten meat to make narcotic pastes. As a result, you’ll have an infinite supply to utilize when taming all other (non-passive) creatures, and they may also be manufactured into tranq arrows.

Pteranodon
One of the primary advantages that will set your survivor/tribe apart early on is the ability to freely wander the map and farm resources. Most players will strive to control any type of flyer early on. The reason a Pteranadon is the flyer of choice at this stage is due to their abundance in most regions of the game (great for safe start zones), as well as the fact that they are passive dinos and will typically flee when attacked rather than turn on the attacker, greatly reducing the threat level when attempting to tame. Most players can easily knock off a Pteranodon of a reasonable level with a Bola and a few tranq arrows (1-50 recommended for new players).

Dilos or Dodos?
Because they spawn all over the place, these dinos are one of the best starting dinos. They are also simple to knock out and tame, regardless of level. Of course, the Dilo will attack you on the spot (within a set distance), so be alert (a bola is recommended), but both dinos/creatures should not cause you too much trouble.

Both the Dodo and the Dilo have the advantage of having several useful roles. Not only may they operate as guard dogs or an alert system by strategically positioning these in your base, and you will be told if they kill or are killed, but they are also regarded as small throwaway dinos, which is a frequently ignored utility. This implies that if one of them is killed in your base, gamers will not consider looting it or accessing its inventory, making them a clever spot to keep certain stuff. (DISCLAIMER: Always keep your high-end stuff locked away, but this is an excellent usage for ordinary items.)

Carbonemys
Having early access to most sections of the map substantially distinguishes players and tribes. This is the main reason a Carbonemys is advised as a first tame. They can move on land and in water without being kicked once tamed, despite their poor movement pace. This versatility makes them ideal for a variety of terrains (within reason).

This dino is typically tamed or bred with the goal of operating as a “tank” or “sponge,” which means that most players choose to boost their Health Points using stats (HP). Because of its capacity to absorb damage, bullets, and plant species X, this is a very valuable time when entering a raid. 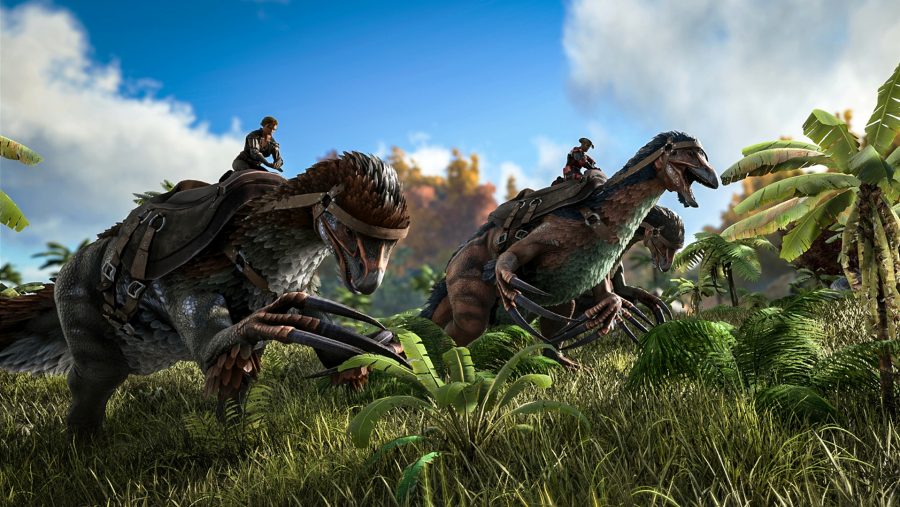