Take this The Things They Carried Quiz to find out how well you remember the book. Answer these quick questions to find out. Play it now!

Tim O’Brien, the protagonist, introduces the story by recounting an incident that took place in the middle of his time spent in Vietnam. His fellow troops in the Alpha Company carried a wide range of items with them on their missions, which are listed in “The Things They Carried.” Some of these are ethereal, like fear and shame, while others are concrete physical things, like M-16 rifles, matches, morphine, and M&M candies.

In numerous stories scattered across the anthology, the same characters return. Ted Lavender, a “grunt,” or low-ranking soldier, is the first member of the Alpha Company to perish. Ted uses marijuana and tranquilizers to ease his battle anxieties. On his way back from the restroom, Lavender is shot in the head, and his superior, Lieutenant Jimmy Cross, holds himself responsible for the catastrophe. Cross is diverting his attention from the shooting of Lavender by thinking about his undergraduate crush, Martha. In “Love,” it is revealed that Cross never felt the same way about Martha, whom he dated once before departing for Vietnam, and that his remorse about Lavender’s death persisted even 20 years after the war. Also, you must try to play The Things They Carried quiz.

The Things They Carried quiz

The narrator of “On the Rainy River,” O’Brien, describes the sequence of incidents that brought him to Vietnam in the first place. In June 1968, he receives his draft notice. Confounded, he travels north to the Canadian border and considers crossing in order to avoid being obliged to participate in a conflict in which he has no faith. O’Brien makes the decision that his political beliefs are less significant than his guilt over skipping the war and his dread of disappointing his family while sitting in a rowboat with the owner of the Tip Top Lodge, where he is staying. He soon departs, first returning to Worthington, Minnesota, his hometown, and then traveling to Vietnam. The Things They Carried quiz will help you remember certain details.

the story collection’s protagonist and narrator. O’Brien is a pacifist who justifies his involvement in Vietnam by coming to the conclusion that his sentiments of duty to his family and nation have more of an impact than his own politics. After the war is done, he turns to his storytelling skills to help him cope with his remorse and perplexity about the crimes he saw in Vietnam, including the murder of several of his fellow troops and a Viet Cong fighter by his own hand.

The Alpha Company’s lieutenant, who oversees the entire group of troops. Cross has good intentions but struggles to guide his troops. He is consumed with remorse since he thinks that Ted Lavender and Kiowa, two members of Alpha Company, died as a result of his obsession with his unrequited love for a woman named Martha and his propensity to follow instructions despite his better judgment.

One of the war’s likeablest troops. Sanders has a significant impact on the narrator, O’Brien. He has a strong sense of justice, is committed and caring. He resembles a father figure because of these traits. Though O’Brien may or may not agree with him on storytelling in the end, O’Brien is profoundly affected by his ability to tell stories and discuss their intricacies.

O’Brien’s best buddy and a shining example of integrity in the face of war’s horrors. Three stories revolve around the death of Kiowa, which occurs after the crew unintentionally camps in a sewage field. Kiowa’s death is given more attention than his life since it is a prime example of arbitrary, relentless cruelty in battle.

About the The Things They Carried quiz

15 multiple-choice questions in the free The Things They Carried quiz below will help you gauge your knowledge of the book. Determine which chapters, ideas, and writing techniques you already understand, as well as what you still need to learn in preparation for your forthcoming essay, midterm, or final test. Now take the free test! 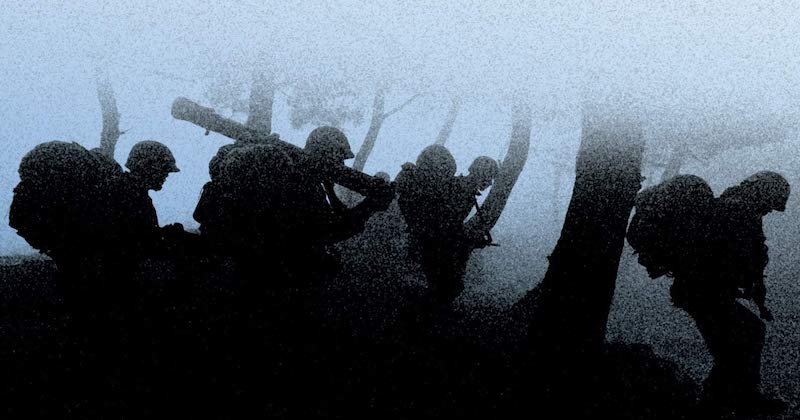