Taylor Swift Quiz – Which Song Are You?

Take this Taylor Swift Quiz to find out which song you are. We update the quiz regularly and it’s the most accurate among the other quizzes.

Taylor Swift, a Grammy Award-winning singer-songwriter and country-pop star, is living every adolescent’s fantasy. She changed the way the current generation perceived country music despite being born in a small town. Swift, who has been compared to legendary country artists such as Dolly Parton and Willie Nelson, was only sixteen when she released her debut album.

She is not only a fantastic singer, but she can also play instruments like the guitar, piano, and ukulele. She is the only female artist to have received two Grammy Awards for ‘Album of the Year.’ Her chart-topping singles ‘Love Story’ and ‘You Belong with Me’ helped her gain international recognition. She breaks her own record with each album release. She serves as an inspiration to many aspiring artists. She not only has one of the most platinum-selling albums of all time, but she also embodies compassion, as she has provided unending support to a number of charitable organizations.

Taylor Alison Swift was born on December 13, 1989, in Reading, Pennsylvania to Andrea Gardner Swift and Scott Kingsley Swift. Her father was a stockbroker, and her mother was a stay-at-home mom who raised Taylor and her younger brother, Austin. Also, you must try to play this Taylor Swift Quiz.

She went to the Alvernia Montessori School. Taylor and Austin used to go to Bible classes because their parents were members of the Presbyterian Church.

Her mother put her on a saddle when she was only 9 months old, and horseback riding became her hobby from then on. She was given her own pony, Ginger. Taylor went on to win a number of horse racing races.

She joined the Youth Theatre Academy productions after moving to Wyomissing and traveled to New York on a regular basis for acting and vocal lessons.

She started playing the guitar after a computer mechanic showed her how to play three chords. She was only twelve years old when she discovered country music. Shania Twain and the Dixie Chicks influenced her.

She won a national poetry competition in high school after submitting a poem titled “Monster in My Closet.” Her ability to write songs was aided by her gift for poetry. “Lucky You” was the first song she wrote.

Her talent was obvious, as was her parents’ support. Her mother approached Dan Dymtrow, and with his help, the twelve-year-old was cast in Abercrombie & Fitch’s ‘Rising Stars’ campaign and was later interviewed by a slew of major record labels.

She signed with RCA Records and began flying from Nashville to Pennsylvania before her father relocated to Nashville to help his daughter’s burgeoning career. She enrolled in ‘Aron Academy’ and was home-schooled there.

Swift worked with several songwriters while performing at events, including Brett Beavers, Mac McAnally, and Liz Rose, eventually settling on Liz acting primarily as an editor.

She performed at the ‘Bluebird Café’ in 2005, where she impressed Scott Borchetta, then a DreamWorks Records executive looking to manage his own production label, and he immediately signed her.

Taylor Swift released her debut album, ‘Taylor Swift,’ in October 2006. Her album peaked at number five on the Billboard 200, and her songs charted for over 157 weeks.

Taylor’s single ‘Tim McGraw,’ cleverly titled by her management team, soared to the top of the music charts. She composed the song in a math class while thinking about her senior year boyfriend.

The sixteen-year-old was carving out a career with songs like ‘Our Song’ and ‘Teardrops on My Guitar,’ which became teen anthems. They went crazy over her voice, and she hit the nail on the head, securing her stardom.
The next year, she released her holiday album, titled ‘Sounds of the Season: The Taylor Swift Holiday Collection.’ While she continued to open for legendary artists, she also promoted her debut album. 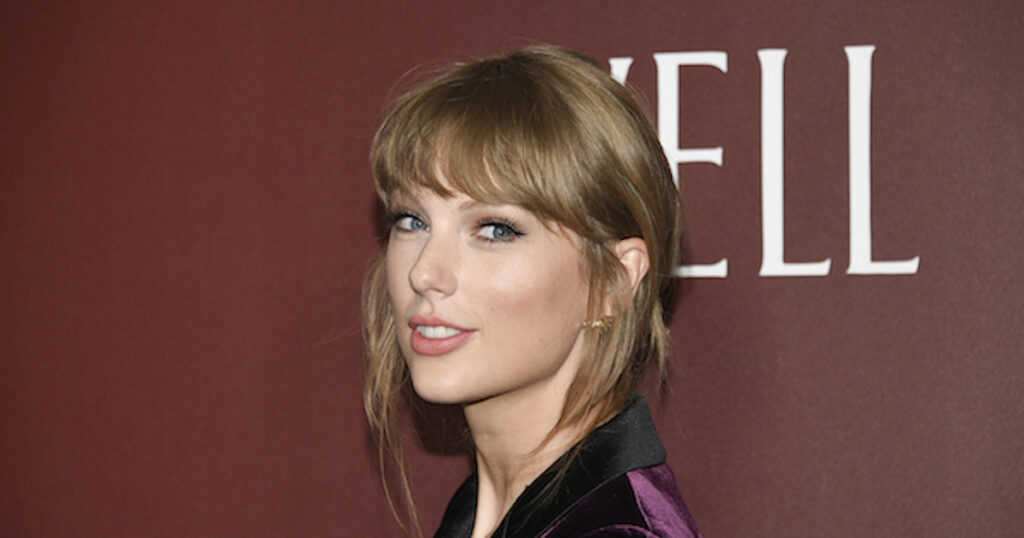