Take this Scarlet Letter Quiz to find out how well you remember the book. Answer these quick questions to find out. Play it now!

A lengthy preamble explaining how the book was composed is included in the opening of The Scarlet Letter. The customhouse surveyor in Salem, Massachusetts, was the unnamed narrator. He found a number of papers in the customhouse’s attic, including a manuscript that was wrapped in a scarf with a “A” stitched in scarlet and gold. The document, which was the product of a former surveyor, described events that took place some two hundred years before the time of the storyteller. The narrator made the decision to create a fictional version of the events detailed in the manuscript after misplacing his customs post. The result is The Scarlet Letter.

Boston, a Puritan colony at the time, serves as the setting for the opening of the tale. Hester Prynne, a young lady, is taken out of the local jail holding Pearl, her baby daughter, in her arms, and wearing the scarlet letter “A” on her breast. An elderly onlooker is informed by a man in the throng that Hester is being punished for adultery. Hester’s husband, a scholar many years her senior, sent her to America ahead of him, but he never made it to Boston. Also, you must try to play this Scarlet Letter quiz.

It is widely believed that he is at sea. Hester has evidently been having an affair while waiting for her husband because she has given birth to a child. The scarlet letter and public humiliation are her penalties for her immorality and secrecy, but she won’t reveal the identity of her boyfriend. Hester is brought to the town scaffold on this day and chastised by the town fathers, but she once more refuses to reveal the identity of her child’s father. This Scarlet Letter quiz will help you remember certain details.

The main character and bearer of the scarlet letter that gives the novel its name is Hester. The letter, an “A”-shaped patch of fabric, designates Hester as an “adulterer.” Hester married Chillingworth when she was a young woman, an elderly scholar who sent her to live in America but never followed. She had an affair with Puritan pastor Dimmesdale while she waited for him, and as a result, Pearl was born. Hester is driven but also resilient; she puts up with years of humiliation and derision. She is as intelligent and considerate as both her husband and her boyfriend. Because of her estrangement, she is in a unique position to observe her community critically, especially how it treats women.

Pearl is a young girl with a melancholy, mischievous temperament and the capacity to perceive things that others do not. She is Hester’s illegitimate daughter. She recognizes the truth about her mother and Dimmesdale, for instance, very fast. She hardly seems human, according to the locals, who also spread the notion that her unidentified father is really the Devil. She frequently partakes in ironic play involving her mother’s scarlet letter and is smart beyond her years.

In reality, “Roger Chillingworth” is Hester’s spouse. She was sent to America while he settled his business in Europe. He is much older than she is. He gets to Boston after being delayed by Native Americans, where he discovers Hester and her unborn child being displayed on the scaffold. He stays in Boston despite his wife’s betrayal and shame due to his desire for retribution. He is a scholar who disguises himself as a doctor in order to track down and harass Hester’s unnamed boyfriend. Chillingworth is a horrible human being who is preoccupied in himself. He emerges as the most evil character in the book due to his relentless quest of vengeance.

A young man named Dimmesdale became well-known in England as a theologian before moving to America. He fell in love with Hester out of weakness. Although he won’t admit it in front of others, he is the father of her child. He tortures himself physically and psychologically to cope with his guilt, which leads to a cardiac issue. Because Dimmesdale is a thoughtful and sensitive man, his sermons are masterpieces of eloquence and persuasion. His responsibilities to his church are always at odds with his convictions of depravity and desire for confession.

About the Scarlet Letter quiz

15 multiple-choice questions in the free Scarlet Letter quiz below will help you gauge your knowledge of the book. Determine which chapters, ideas, and writing techniques you already understand, as well as what you still need to learn in preparation for your forthcoming essay, midterm, or final test. Now take the free test! 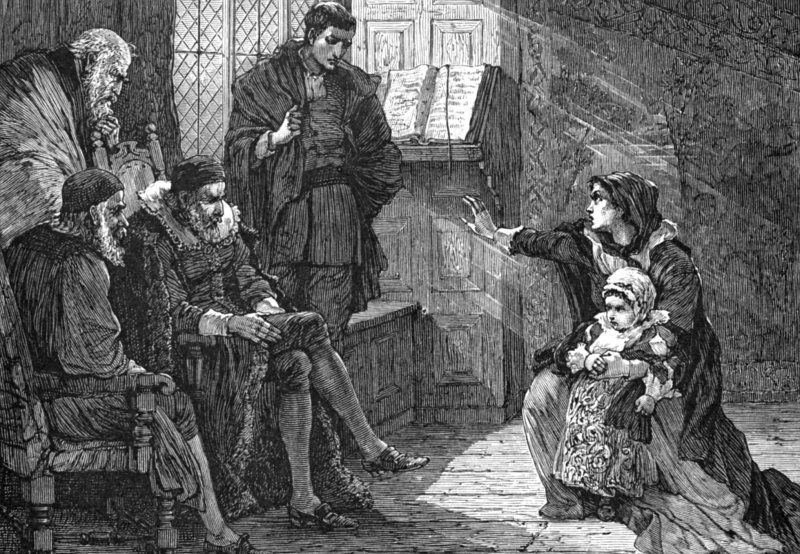