Red Dead Redemption 2 Quiz – Which Character Are You?

Take this Red Dead Redemption 2 Quiz to find out which character you are. We update the quiz regularly and it’s the most accurate among the other quizzes.

Story Synopsis for Red Dead Redemption 2
Red Dead Redemption 2 is a big game with spoilers. Whether you finished it and are still perplexed, or you simply want to know what occurred, you’ve undoubtedly come to this page looking for a Red Dead Redemption 2 tale summary. If you’ve ended up here by chance, this is your warning to go if you don’t want to be spoiled on the game’s plot and ending. Go ahead and click that link if you’d rather just read our review.

Red Dead Redemption 2’s first chapter
The Dutch van der Linde gang is in grave straits at the start of Red Dead Redemption 2. They’ve escaped to the mountains following a botched heist. Some gang members are dead or missing, while those that remain with the group are attempting to find shelter amid blizzard conditions.

The main character, Arthur Morgan, is able to arrange temporary shelter for the gang in an old mining abandoned mining camp. Along the way, he saves John Marston, one of the gang members who were split after the robbery in Blackwater went wrong.

The gang stumbles into an O’Driscoll hideout (a rival gang), and after taking care of them, they discover preparations for a rail robbery that they were plotting, and they rescue a recently widowed woman, Sadie Adler, who decides to join the group. Dutch, the head of the self-named gang, decides to carry out the heist plans in their place. Also, you must try to play this Red Dead Redemption 2 Quiz.

The train belongs to Leviticus Cornwall, a prominent and wealthy business owner. The robbery is successful, but Dutch, Arthur, and the rest of the gang will soon discover that Cornwall does not like being robbed. Cornwall will engage the renowned Pinkerton Detective Agency to track down Dutch’s gang.

Red Dead Redemption 2 Chapters 2 and 3
Arthur, Dutch, and the rest of the gang attempt to settle peacefully near Valentine, a tiny town. Arthur does his best to assist the gang until Dutch makes his next move. He goes on hunting trips, saves Micah and Sean from execution, pulls off another rail heist with John, and conducts some debt collection all to keep the coffers full.

However, the Pinkerton Detective Agency, directed by Agent Miller, takes note and attempts to turn Arthur against his gangmates. He refuses, but following a bank robbery, the gang pushes their luck too far. It culminates in a shootout that kills a large number of law enforcement officers in Valentine, forcing the group to flee once more.

This time, they head south, near the plantation town of Rhodes. Rhodes is governed by two prominent families, the Grays, and the Braithwaites, who are embroiled in a feud. There have long been rumors in town that one or both of the families has buried gold. Dutch, who is still looking for a large score that will allow him and everyone other to retire for real, begins to look for it.

Hosea, Dutch’s oldest friend, and most trusted advisor assists Dutch in devising a strategy to pit both sides against each other. They plan to warm up to both sides of this quarrel and then flee with the riches when their war reaches its height. Arthur is complicit in assisting both sides in attacking each other in an attempt to exacerbate the tension between the two.

For a time, things appear to be going well; Arthur and Dutch are even made deputies. They were, however, the ones who were being played the entire time.

The Grays stage an ambush, which results in the death of Sean, a key member of the gang, and in the midst of this, Jack Marston, John’s son, is kidnapped by Catherine Braithwaite, the matriarch of the Braithwaite family.

Arthur and the gang overcome the Grays in town and the Braithwaites on their plantation, but Jack is nowhere to be seen. Catherine Braithwaite relocated Jack to Saint-Denis knowing that they would ultimately come to her home to retrieve him. They all relocate to a new place closer to Saint-Denis to plot Jack’s rescue and to avoid the Pinkertons.

Red Dead Redemption 2 Chapters 4 and 5
Arthur and his companions conduct some detective work in Saint-Denis, a modern industrial city in comparison to the rest of their travels, and discover that he is being kept by Angelo Bronte, a powerful crime boss.

They face Bronte and successfully negotiate Jack’s release. He was uninjured throughout and seems to enjoy his time with “Papa” Bronte.

Bronte gives Dutch a score prediction. Apparently, the trolley stop has a lot of money stashed away. We’ll get to that shortly.

While Dutch plots his next heist, with the same goal of amassing enough money to retire everyone somewhere far away (Tahiti appears to be the most popular option right now), Arthur assists with a riverboat casino heist and meets Rains Fall, the leader of a Native American tribe being pursued by the government.

Arthur will come to form a deep bond with Rains Fall, but more on that later; for now, it’s just worth mentioning. 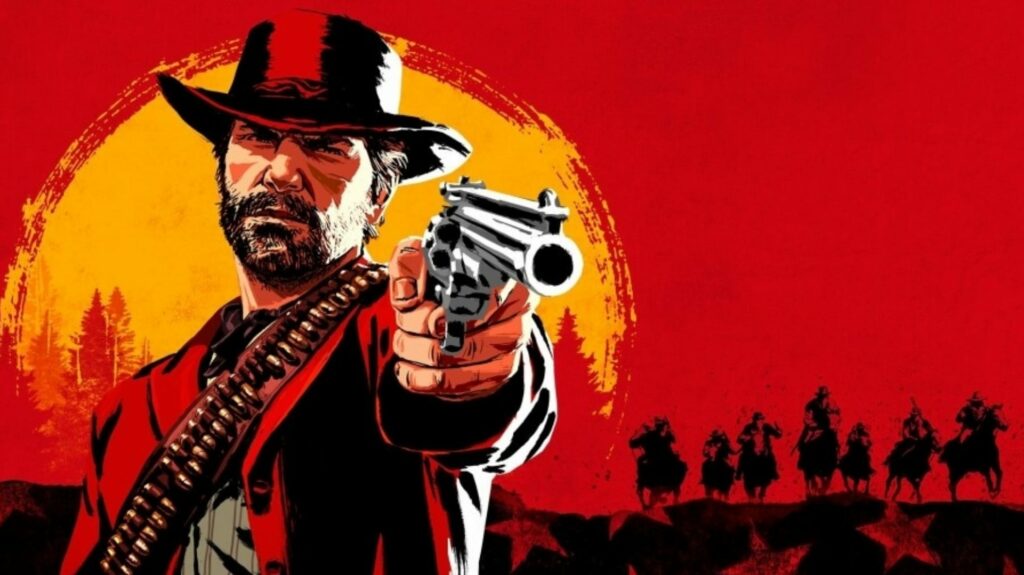