Take this Kinsey Scale Test to find out where are you on the scale of sexuality. We update the quiz regularly and it’s the most accurate among the other quizzes.

Alfred Kinsey, a pioneering sex researcher, and his associates Wardell Pomeroy and Clyde Martin developed the Kinsey Scale, formerly known as the Heterosexual-Homosexual Rating Scale. It was first mentioned in their 1948 book Sexual Behavior in the Human Male.

Despite its shortcomings, the Kinsey Scale was groundbreaking when it was originally released since it was the first scientific scale to show that human sexuality and sexual attraction are a continuum rather than being limited to only heterosexual or homosexual orientations.

This article describes the Kinsey scale’s beginnings, what it informs you, and how it works. It also discusses the scale’s shortcomings and their implications for the research of human sexual orientation.

Kinsey discovered that 37% of the males he examined had a same-sex experience between youth and old age, a percentage that increased to 50% for unmarried men by the age of 35. Also, you must try to play this Kinsey Scale Test.

Meanwhile, 13% of the women he interviewed had a same-sex experience. This study demonstrated that human sexuality cannot be described solely as heterosexual, gay, or bisexual.

The Kinsey Scale, developed by sex researcher Alfred Kinsey and his team in 1948, can serve as a valuable model for demonstrating that bisexuality applies to a wide range of attraction patterns. Each number symbolizes a different section of the sexual spectrum, ranging from “0” (only heterosexuality) to “6” (exclusive homosexuality) (exclusive homosexuality). It’s vital to emphasize that the Kinsey Scale is about behavior and attraction, not identity. Bisexuality is defined as a blend of same-sex and different-sex behaviors/attractions near the middle of the Kinsey Scale (Kinsey 1-5).

Klein modified the Kinsey Scale concept to include previous experiences and future wants in order to emphasize sexual fluidity or the various ways a person’s sexuality can vary and change over time. He also included social and psychological components to account for the fact that sexuality encompasses far more than just sexual interaction.

The Kinsey Scale in Action

Kinsey and his colleagues classified the people they interviewed using the scale. As a result, no official Kinsey “exam” to accompany the scale exists, despite the fact that such tests have been devised by others and are widely available online. 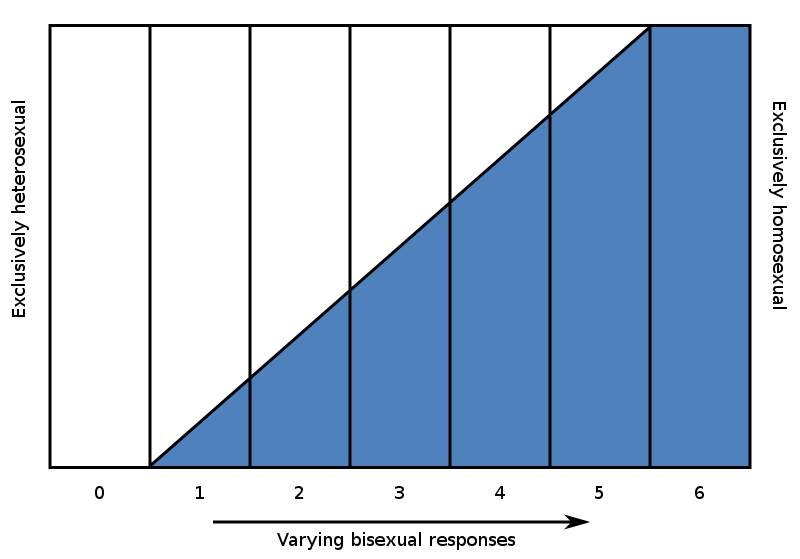