Take this Hedda Gabler Quiz to find out how well you remember the book. Answer these quick questions to find out. Play it now!

The Tesmans’ living room and a smaller room to its side serve as the stage for the entire performance. Hedda Tesman (formerly Hedda Gabler) and Jürgen Tesman just got hitched. They recently got back from a three-month honeymoon. Hedda is an aristocrat who is difficult to please. Hedda’s pregnancy is made clear throughout the play. Act 1 opens with Tesman waking up to discover his aunt Julle has come to visit. Tesman was raised by Aunt Julle, who also provides for him financially. But when Hedda comes in, she treats Aunt Julle poorly. Tesman begs her to be more understanding, but it’s obvious that she doesn’t really care about him either. Soon after, Mrs. Elvsted shows up and informs Tesman that his former academic adversary, Ejlert Lövborg, has returned to town. Lövborg used to be an alcoholic failure, but he has since changed.

When Tesman finally leaves, Hedda persuades Mrs. Elvsted to confide in her. She finds out that Mrs. Elvsted has come looking for him without her husband’s consent and that she is worried that Ejlert will start drinking again. After Mrs. Elvsted departs, Judge Brack shows up. The rumor that Ejlert is quite successful and might be in line to seize Tesman’s desired post at the university is one that Judge Brack conveys from the town. Tesman informs Hedda that they will need to reduce their spending after he departs.

Act 2’s final scene shows Brack finding Hedda toying with her pistols out of boredom. After some quiet discussion, they decide that they should develop a close, intimate relationship. Hedda complains to Brack about how boring her honeymoon was and how she doesn’t particularly like the home Tesman went to great lengths to buy for her, believing she was yearning to live there. As soon as Tesman shows in, the topic of the stag party that Brack is hosting that evening comes up. This Hedda Gabler quiz will help you remember certain details.

While Tesman and Brack drink in the adjacent room, Ejlert Lövborg comes and engages Hedda in a serious conversation. Mrs. Elvsted then shows up. Hedda plays Mrs. Elvsted and Ejlert against one another, making Ejlert believe that each was concerned that he would start drinking again. He chooses to become drunk at this point and follow Tesman and Brack as they head to the party. Mrs. Elvsted is furious, but Ejlert assures her that he will be back shortly to take her home. Also, you must try to play this Hedda Gabler quiz.

Hedda, who is the legendary General Gabler’s daughter, was raised in affluence and luxury. As the play opens, she and Jürgen Tesman, a scholar with promising future but less financial means than Hedda is used to, are returning from their honeymoon. Hedda Tesman is her married name. Hedda is a capable, erratic, and sometimes dishonest young woman who is not hesitant to use her husband and friends as leverage.

Tesman is a pleasant and knowledgeable young student. Hedda is his young wife, and despite his best efforts to win her over, he frequently fails to recognize her attempts to control him. In fact, he frequently comes out as dumb for his age, and the viewer can relate to Hedda when he irritates her. Tesman is vying for a history professorship, and at the start of the play, it appears like his main adversary, the renowned drunkard Ejlert Lövborg, is no longer in his way. Tesman’s aunt Julle reared him.

Jürgen Tesman’s aunt is Juliane Tesman, also known as Aunt Julle. Aunt Julle reared Tesman after his parents passed away. She repeatedly suggests that Tesman and Hedda have a child, and she means well. Even though Aunt Julle attempts to get along with Hedda, it is painfully clear that they come from quite different social classes. Another of Tesman’s aunts, Aunt Rina, is ill and resides with Aunt Julle.

Brack is a judge with a low standing. He routinely stops by Tesman* and Hedda’s home because he is friends with both of them. He has ties in the city and is frequently the first to advise Tesman of changes to the likelihood of his professorship. He appears to take pleasure in meddling in the lives of others. He is a jaded and worldly man.

About the Hedda Gabler quiz

15 multiple-choice questions in the free Hedda Gabler quiz below will help you gauge your knowledge of the book. Determine which chapters, ideas, and writing techniques you already understand, as well as what you still need to learn in preparation for your forthcoming essay, midterm, or final test. Now take the free test! 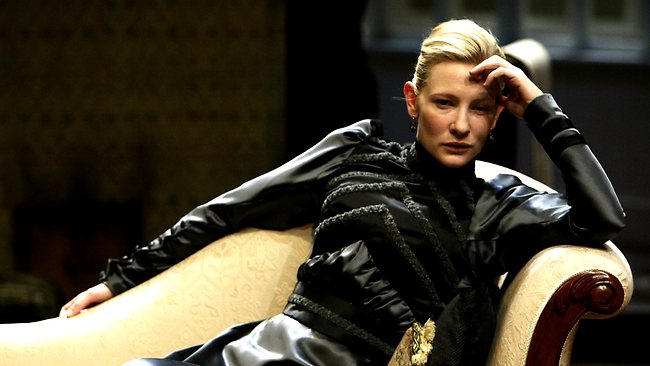