Fantastic Beasts Quiz – Which Character Are You?

Take this Fantastic Beasts Quiz to find out which character you are. We update the quiz regularly and it’s the most accurate among the other quizzes.

In terms of classic plots, Fantastic Beasts and Where to Find Them…doesn’t have one.

Nope. It’s written in the style of a satirical encyclopedia. (We know what you’re thinking: “parody” and “encyclopedia” sound about as complementary as “peanut butter” and “Hawaiian pizza.” However, keep in mind that this is the same author who made “fluffy pink cardigans” synonymous with “totally evil.”

Basically, the idea is that this guy—Newt Scamander—has traveled the entire world in search of various magical creatures. He’s researched them, documented his interactions with them, and written it all down in this book. Fantastic Beasts and Where to Find Them is a reference book for every known creature in the wizarding world. There are currently 75 species, but new ones are being discovered on a daily basis. Also, you must try to play this Fantastic Beasts quiz.

The guide begins with a brief history of Newt Scamander. As a child, he was fascinated by fantastic beasts, and after graduating from Hogwarts School of Witchcraft and Wizardry (have you heard of it? ), he went to work for the Ministry of Magic in the Care of Magical Creatures Department.

In 1918, a publishing company offered him the opportunity to earn a few extra Galleons by traveling the world and compiling a book of magical creatures. The book is now in its 52nd edition, and the rest is history. That is magical history. Also, you will find out which Fantastic Beasts character are you in this quiz.

Before delving into the beasts themselves, Mr. Scamander provides some background on how creatures came to be labeled as beasts. Centuries ago, wizards had to determine which magical creatures could be referred to as “beings” and which could be referred to as “beasts.” If you were a being, you were granted membership in the magical government as well as legal rights. You didn’t if you were a beast.

As a result, it’s complicated. But, in 1811, everyone agreed that if a creature could understand the laws of the magical community and help create and uphold those laws, then they were classified as beings. Everyone else was a scumbag. With the exception of ghosts, who were spirits. And there were centaurs and merpeople who were technically beings but asked to be beasts because they didn’t want to deal with all this magical nonsense.

Mr. Scamander also gives us a quick rundown of what Muggles know about fantastic beasts. They are aware of some, such as dragons, griffins, centaurs, and unicorns. Or used to be aware of. Some people were never even on their radar. However, in 1692, all magical beings and beasts were forced to go underground.

Let’s just say the Muggles were getting antsy…

When Muggles become frightened, they tend to start burning people at the stake.

The rest of the book is an A-Z guide to all the beasts in the wizarding world, complete with descriptions and illustrations where available. Mr. Scamander covers the entire range of magical creatures, from Acromantula to Yeti.

And more are being discovered on a daily basis. Oh, thank you, Mr. Scamander: we needed to know that the rustling we hear coming from our closet late at night could be some six-armed, sharp-fanged, bug-eyed beastie. 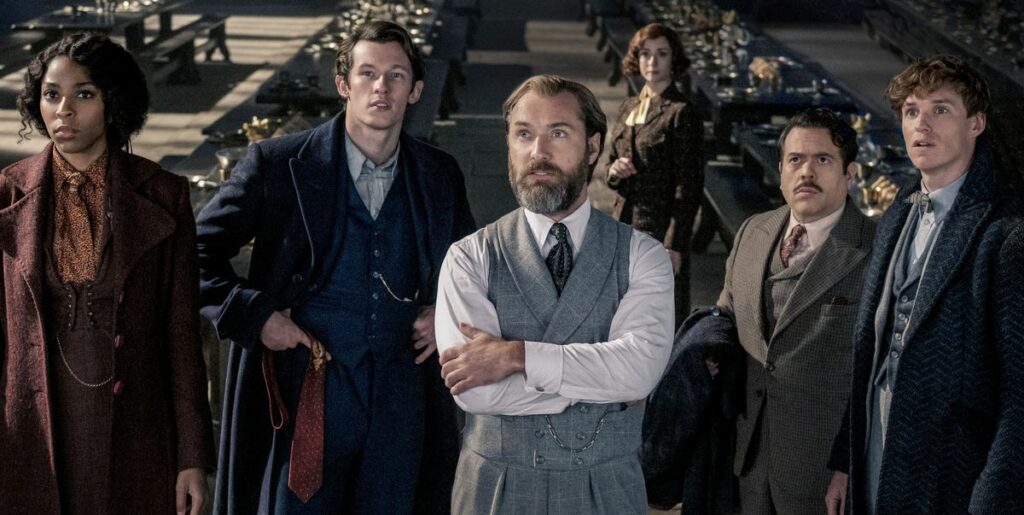