Brenda Freeman decides to move her family from California to Texas after losing her spouse to cancer. To pay off the debt acquired to pay for her husband’s treatment, she was forced to sell the property they owned. Her children did not agree with her plan to move into her mother’s home in Houston.

It was difficult for Cam and Kelly to leave their house and the memories it held. Cam found it difficult to leave his room and even suggested sleeping on his father’s bed in order to stay behind while Kelly said goodbye to her sweetheart. Brenda’s brother Reggie went on a road trip with the Freemans. The “problem-solution” is really more of a troublemaker. He sometimes makes dubious choices because he wants to make his family proud of him.

Brinda became irritated with her family’s phone use after three hours on the road. She insisted that her kids put their phones away and talk about what was on their minds. The kids were reluctant to talk at first, but they eventually did, and the trip wasn’t as boring as it had been. Brenda hastily ushered Kelly back to the car after feeling unwelcome at a gas station. Also, you must try to play this End Of The Road quiz.

End Of The Road quiz

Kelly was agitated by two white hoodlums; she gave them the middle finger and walked away. But they were unable to move past the insult. They began to pursue the family. As the automobile continued to pursue them, Brenda found it difficult to maintain control. After a short while, they left, but the family quickly understood that they had accelerated to obstruct their route. It had become a major issue. Brenda prevented Reggie from turning to face them. If the problem wasn’t handled delicately, she knew it would get worse. Also, you will find out which End Of The Road character are you in this quiz.

She decides to talk to someone and find a solution. Even though she was disturbed and alarmed by the entire incident, she repeated the apology when the racists requested her to do so in order to defend her family. She was aware that they possessed weapons and that she could instantly lose her entire family. They chuckled and said they were merely kidding with them before walking away.

Their lives were oddly altered by the detour from the minute they had to take it. They understood that the journey would be difficult and that they would encounter even more discrimination, but they had to work together to tackle the threat.

the Col. of the US Army’s son. She is planning a move to Texas reluctance. Brenda engages criminals in combat in the Arizona desert.

Brother of Brenda. He likes to smoke marijuana and works as an assistant manager at Chick-fil-A. During a turbulent road journey, Reggie swears to protect his sister, niece, and nephew.

Brenda’s child. She is a smart adolescent who laments the loss of her father. While arguing with her mother, Kelly develops a bond with Reggie.

a state policeman from Arizona. In the desert, he finds Brenda and her companions. Hammers is a dishonest someone who acts in his own best interests.

The End Of The Road quiz is made up of 30 questions that will help you uncover which character from the movie End Of The Road you are most similar to. It uses a specific technique to determine your personality and compare it with the character in the movie. 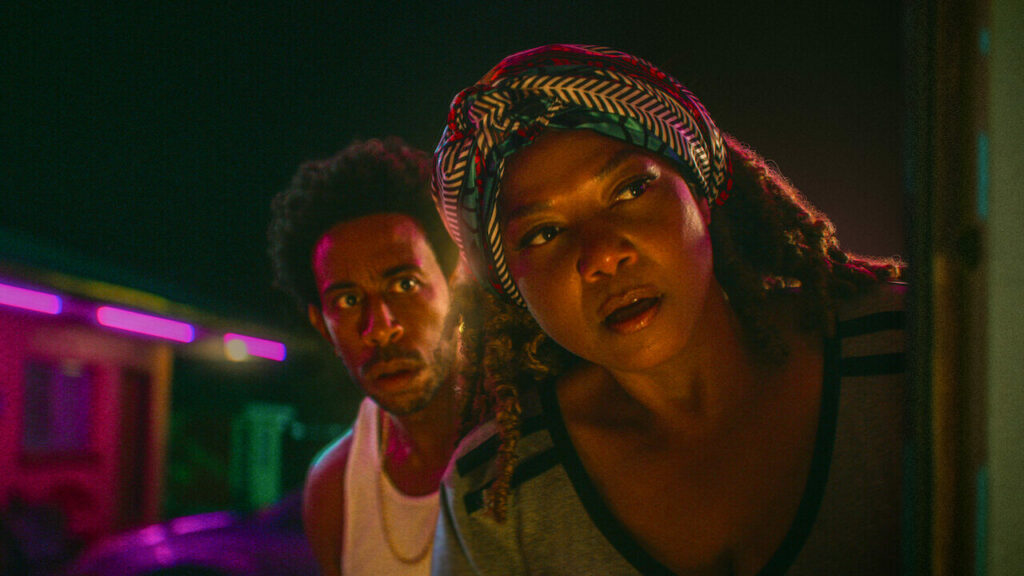