Dissociative Identity Disorder Quiz – Do You Have It?

Take this Dissociative Identity Disorder Quiz to find out do you have it. We update the quiz regularly and it’s the most accurate among the other quizzes.

Dissociative Identity Disorder: What Is It?
Dissociative identity disorder is a severe form of dissociation, a mental process that results in a lack of connection between a person’s ideas, memories, feelings, actions, and sense of identity. Dissociative identity disorder is assumed to be caused by a variety of causes, including trauma suffered by the person suffering from the illness. The dissociative element is regarded to be a coping technique in which the person literally disconnects or dissociates himself from a scenario or experience that is too violent, traumatic, or unpleasant for them to absorb with their conscious self.

Who Is Predisposed to DID?
According to research, the etiology of DID is most likely a psychological reaction to interpersonal and environmental pressures, particularly during the early infancy years when emotional neglect or abuse might interfere with personality development. As many as 99 percent of people who develop dissociative disorders have personal histories of repeated, overwhelming, and frequently life-threatening disturbances or traumas during a critical developmental stage of childhood (usually before age 6).

Dissociation can also occur when there has been continuous neglect or emotional abuse, even if no overt physical or sexual abuse has occurred. According to the findings, children may become dissociative in families where their parents are terrifying and unpredictable. According to studies, DID affects roughly 1% of the population. Also, you must try to play this Dissociative Identity Disorder Quiz.

Although not everyone experiences DID in the same way, the “alters” or various identities for some have their own age, sex, or race. Each has its unique set of postures, gestures, and speech patterns. Sometimes the alters are made-up persons, and other times they are animals. “Switching” refers to the process by which each personality shows itself and takes control of an individual’s behavior and thinking. Switching can take seconds, minutes, or even days. Some people seek treatment through hypnosis, where their various “alters” or personalities may be particularly sensitive to the therapist’s suggestions.

Headache, forgetfulness, time loss, trances, and “out of body experiences” are some of the other symptoms of dissociative identity disorder. Some people with dissociative disorders are prone to self-punishment, self-sabotage, and even violence (both self-inflicted and outwardly directed). For example, someone suffering from dissociative identity disorder may find themselves doing things they would not typically do, such as speeding, reckless driving, or stealing money from their job or a friend, yet they feel compelled to do so. Some people describe this sensation as feeling like they are a passenger in their own body rather than the driver. To put it another way, they honestly believe they have no choice.

The psychological processes of dissociative identity disorder influence the way a person sees life in numerous ways, including the following:

It is now recognized that these disconnected states do not represent fully mature individuals, but rather a fractured sense of identity. Different identity states remember different portions of autobiographical knowledge when suffering from amnesia commonly linked with a dissociative identity disorder. Within the individual, there is frequently a “host” personality who identifies with the person’s real name. The host personality, ironically, is frequently oblivious of the presence of other personalities. 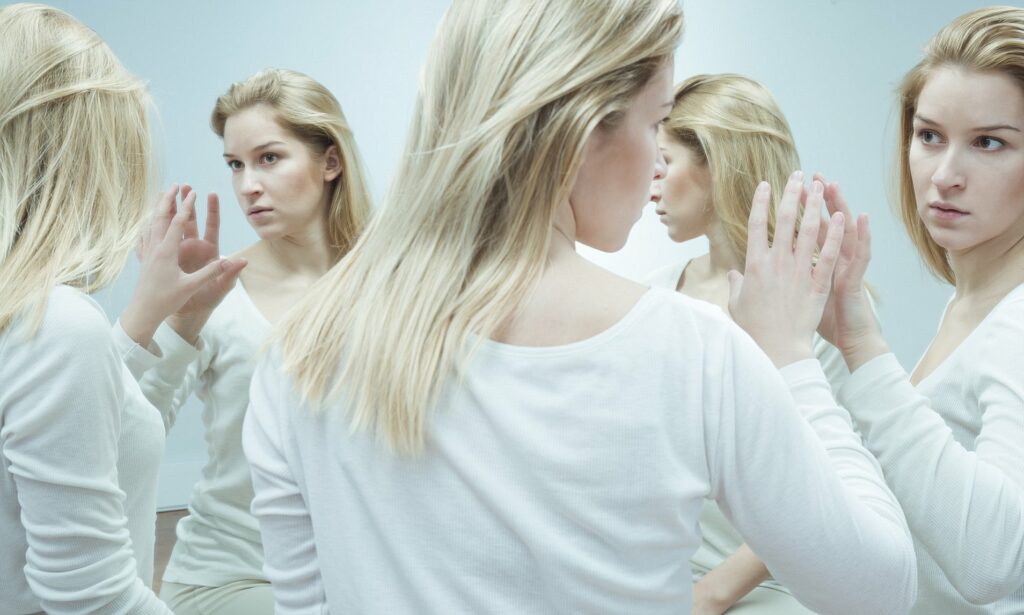