Take this Chinese Zodiac Quiz to find out which Chinese Zodiac matches your personality. We update the quiz regularly and it’s the most accurate among the other quizzes.

The records from the recovered old bamboo scrolls have proven the existence of the Chinese zodiac before the Qin Dynasty (221 – 207BC), and the entire 12 animal cycle was set before or during the Eastern Han Dynasty (25 – 220AD). What is the origin of this enigmatic hypothesis with a history of over 2,000 years? There is no conclusion, but the different assumptions and legends add to the intrigue.

Some say that the 12 Chinese zodiac animals are simplified versions of the 28 animals that represented 28 constellations in ancient Chinese astrology, while others claim that the zodiac’s association with Jupiter’s revolution period is only roughly 12 years. The most well-known is the totem saying, which has its origins in animal worship.

There is an intriguing legend surrounding the origins of the Chinese zodiac. The Jade Emperor desired to choose 12 animals to serve as his palace guards. He preferred the Ox to be first because of its honesty and diligence, but unexpectedly, the clever Rat hid on the Ox’s back and took first place at the crucial moment. The Tiger was named King of the Forest, while the Dragon was crowned Lord of the Sea, and they both ranked second to the Ox. The Rabbit took fourth place in a race against the Dragon. Then came the Snake, Horse, Sheep, Monkey, and Rooster. For biting the Rabbit in a pet, the Dog was punished by becoming the last one standing. Actually, the Dog was 11th since one was late for the interview – the Pig eventually took the last slot.

The keys are the date and time of birth. This is true in both Western and Chinese astrology. The distinction is seen in the methods used to mark the time of birth. The Chinese lunar calendar is based on the combination of 10 Heavenly Stems (Tian Gan) and 12 Earthly Branches (Di Zhi), two primary sets of the terminology used in ancient Chinese astronomy and astrology that work in regular order to indicate years, months, days, and hours. The terms listed below are some of the more fascinating technical terms. Also, you must try to play this Chinese Zodiac quiz.

The 12 animals are linked to people’s birth dates and times, with interactions from the above five perspectives influencing people’s personalities, compatibilities, and future fortune. 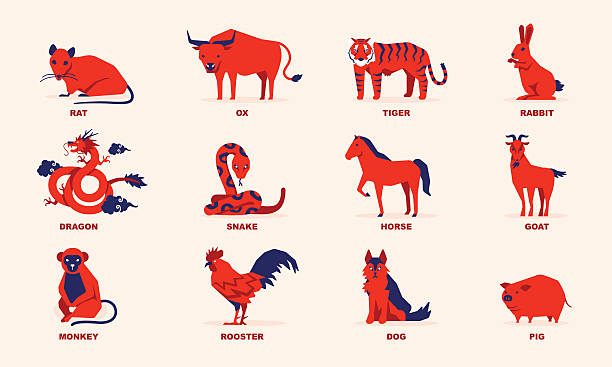