Barry Series Quiz – Which Character Are You?

Take this Barry Series Quiz to find out which character you are. We update the quiz regularly and it’s the most accurate among the other quizzes.

Does the date May 19, 2019, ring a bell for you? That was the last new episode of HBO’s critically acclaimed dark comedy Barry. The show is co-created by Saturday Night Live’s Bill Hader and comedy writer extraordinaire Alec Berg (Seinfeld, Curb Your Enthusiasm) and follows Barry Berkman (Hader), a Marine-turned-hitman from Cleveland who is looking for meaning in his life. Isn’t there more to it than just killing people?

He grudgingly accepts a task from his friend and criminal partner Monroe Fuches (Stephen Root) to assassinate one of the pupils in a Los Angeles acting class. Rather than firing the gun, Barry is intrigued by acting coach Gene Cousineau (Henry Winkler) and the work of his students, most notably the vivacious Sally Reed (Sarah Goldberg). Also, you must try to play this Barry Series Quiz.

Following this epiphany, Barry wonders about his future as a hitman and seeks to convince Fuches that he has finally found his calling: acting. But, to Barry’s dismay, Fuches’ ambitions do not include him performing Shakespeare anytime soon. Instead, Barry must find time in between working with NoHo Hank (Anthony Carrigan), a bubbly, hospitable member of the Chechen mafia (yes, he really exists), and angry leader Goran Pazar (Glenn Fleshler), to go to class, run his lines, perform monologues, and hit the bars with his new struggling-actor friends Sally, Natalie (D’Arcy Carden), Sasha (Kir (Andy Carey). This ingenious actor-by-day, hitman-by-night premise not only allows for an unusual and interesting narrative but also serves as a thought-provoking and heartfelt tale of struggle and identity.

Season 2 begins a few weeks after the disappearance of Detective Janice Moss (Paula Newsome), who was looking for any leads on who killed Ryan Madison, an acting student who was involved with a Bolivian gang. We already know that Barry murdered Janice at Cousineau’s lake house in the Season 1 finale because she was on the verge of piecing together Barry’s double existence. But, as far as everyone else is concerned, she was perhaps still alive at the start of Season 2.

Though Barry was adamant about no longer working with Fuches and Hank, he knew it wouldn’t be easy to go. Hank began to exhibit a more dark side after Barry declined to assist him in the same way Hank had previously assisted him. Hank has a new leadership role with Bolivian mafia leader Cristobal now that Pazar is gone (Michael Irby). At the same time, Esther (Patricia Fa’asua), the Burmese gang boss brought on by Cristobal, was threatening Hank’s authority. And Hank expected Barry to murder her for him. What part of “done” is Hank oblivious to?

Barry and Sally begin dating, as hinted at around the conclusion of Season 1, and Barry continues to impress his classmates with his vulnerability in class. In between Barry’s fantasies about what life might be like if he and Sally started a kids, there are unsettling memories of his time in the Marines. Barry may have discovered his calling as a performer, but he would have a much more difficult time letting go of his previous identity than he had anticipated.

Fuches, fearing for his own safety, betrays Barry and decides to go undercover with the cops in order to get Barry to confess to killing Moss. Hank attempts to assassinate Barry because he is frustrated that he will not assist him. On the stage, Sally revisits her trauma from her abusive ex-abuse, husband’s and we meet Cousineau’s estranged son, Leo (much to Leo’s chagrin). 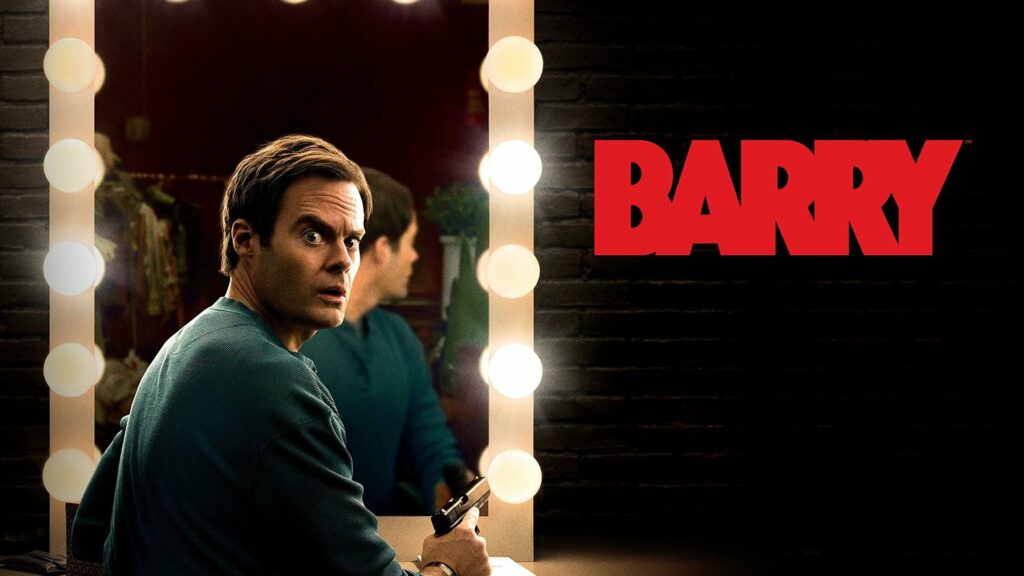