Which Bible Character Are You?

Take this Which Bible Character Are You quiz to find out. We update the quiz regularly and it’s the most accurate among the other quizzes.

Eve and Adam
Okay, Adam and Eve are two distinct individuals. But Adam and Eve are truly intertwined. Even the Bible refers to them as “one flesh,” recognizing their descent from the same flesh (Adam’s) and their reunification in marital/sexual union.
Adam and Eve are significant because, according to the Bible, they are the first two individuals in the universe, and everyone who has ever lived descended from them.

Noah is best known for building the ark, a gigantic three-decked wooden box in which he, his family, and a slew of animals rode out a massive flood sent by God to destroy humankind for disobedience. Because Noah is “the most righteous in his generation,” God chooses Noah and his family to survive the flood. Noah is significant not just because his ark is displayed in the majority of North American nurseries, but also because, according to the Bible, if Noah had not been righteous, none of us would be alive today. Also, you must try to play this Which Bible Character Are You quiz.

Which Bible Character Are You?

Abraham
The Bible is full of stories about individuals who disobey God. Abraham is a rare exception, a man who, while not faultless, obeys God’s order to leave his home in Mesopotamia and journey to an unknown Promised Land (ancient Canaan; later Israel). God promises Abraham that his offspring would become a mighty nation, blessing all the people of the earth.

Abraham’s and Sarah’s stories are a roller coaster of dramatic occurrences that constantly imperil God’s promise. The greatest threat to God’s promise, however, is when God Himself instructs Abraham to sacrifice his son, Isaac. Abraham begins to carry out God’s instructions, but just as Abraham is about to deliver the deadly blow on his own child, God calls a halt to the sacrifice.

Moses
For good cause, the Hebrew Bible refers to Moses as the greatest prophet who ever lived. Moses is born amid a difficult period in the history of ancient Israel. Israelites are enslaved in Egypt, and the Egyptians are so alarmed by their expanding population that the Egyptian king orders that all newborn Israelite males drown in the Nile River.
Moses’ mother saves her son’s life by depositing him in the Nile in a reed basket, where he is quickly discovered by Pharaoh’s daughter, who raises Moses in the royal palace. Moses must depart Egypt after he reaches adulthood for killing an Egyptian who was beating an Israelite slave.

David
David is Israel’s second and most powerful king. As a youngster, David valiantly defeats Goliath, a great enemy warrior, with only a sling and a stone. As a man, David defeats all of Israel’s adversaries and establishes a dynasty that will rule over Jerusalem for about 500 years. However, not all of the news surrounding David is positive. David commits one of the Bible’s most grievous crimes: adultery with Bathsheba, the wife of one of David’s most devoted warriors, Uriah. Then, in order to cover up the crime, David has Uriah murdered. In David’s favor, when confronted with his transgression by the prophet Samuel, David repents. Furthermore, in God’s favor, God forgives David for his wrongdoing but does not absolve him of his guilt.

Elijah Elijah is one of Israel’s greatest prophets and God’s heavyweight champion in an epic battle with a deity named Baal (the Canaanite storm god). To demonstrate to the Israelites that God is the only real God, Elijah gathers the prophets of Baal at Mount Carmel, where each deity is given a pile of wood with a bull on it for the major event. The god who can create fire and consume the offering is victorious. Baal goes first, and his prophets dance, yell, sing, and even cut themselves for half a day to persuade their deity to answer Elijah’s challenge.

Jesus
The account of Jesus in the New Testament is both fascinating and uplifting. Jesus, who was born and nurtured in the Roman Empire’s “backwaters,” launches a religious movement that finally overthrows the Empire. According to the New Testament, Jesus is the promised deliverer of Israel, whose death on the cross delivers release from sin and whose future return to earth will offer liberation from oppression by ushering in God’s reign. Jesus’ teaching of caring for the oppressed, being courteous to strangers, and loving one’s adversaries remains unparalleled in its profundity and clarity. 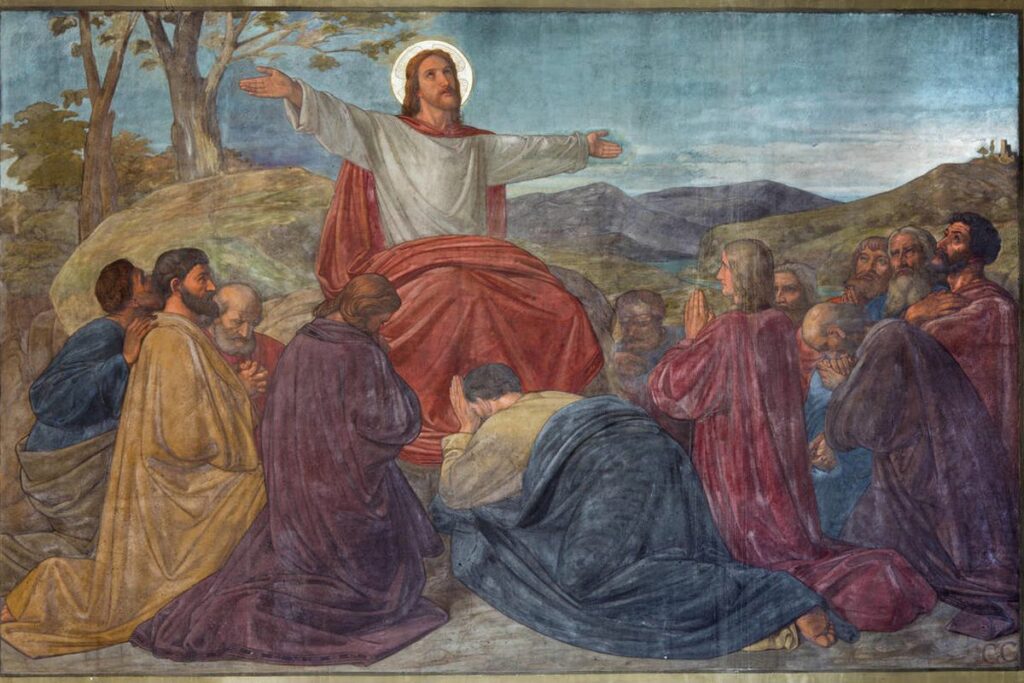