What Subculture Are You?

Take this What Subculture Are You quiz to find out. We update the quiz regularly and it’s the most accurate among the other quizzes.

Youth subcultures have always been in constant dialogue with mainstream society, borrowing and remixing its products for their own objectives. And, while assigning political goals to subcultures is frequent, it is not necessarily required. Subcultures can and do exist in the absence of overt political affiliations. They are not required to advocate for or against anything. They only need to distinguish themselves from the mainstream by subverting features of that culture in ways that give meaning to participants and members.

As a result, sneakerheads, for example, are as much a subculture as punks. Sneakerheads use something that was designed for a specific purpose and repurpose it for their own purposes, compromising its original meaning without political objectives. Take, for example, the Jordan 11 basketball sneakers. They’re high-performance shoes all the way down to the full-length carbon fiber plates in the soles. When a sneakerhead repurposes Jordan 11s as a fashion statement, a symbol of commodity fetishization, and a marker of community identification, the goal of the original sport is subverted.

The majority of people wear Jordan 11s for basketball, but sneakerheads wear them as a symbol, generating an entire web of meaning around them that exists outside of athletics. That, in essence, is the essence of a subculture. Also, you must try to play this What Subculture Are You quiz.

What Subculture Are You?

Whether they like it or not, hypebeasts and sneakerheads are also responsible for skateboarders’ prominent effect on fashion in the 2010s, demonstrating to the world that there was a market for skate-specific footwear and gear beyond the local ledge area or plaza. Though true skaters stayed true to their roots, skeptical of fashion’s interest in their culture, some couldn’t help but disseminate skate culture and clothes over the world through their other hobbies.

That’s right, normcore. You’ve probably heard of it. Though the name was coined by satirical trend predicting K-Hole to describe the novel concept of revolt by fitting in, normcore didn’t take off until a 2014 New York Magazine piece detailed how downtown New York scenesters were looking like suburban parents and dads. From there, it sparked a firestorm, with the mainstream press and actual normies unable to fathom the existence of something so obviously stupid, while the cool kids—the actual normcore adherents—rejected the term, almost embarrassed to be called out flexing in their white runners, turtlenecks, Crocs, and light-wash jeans.

Most subcultures used to form on the streets. Many forms are now available online. And, being one of the first internet subcultures to go mainstream, seapunk was a pioneer in this field. However, it first appeared in a dream before going online. Lil Internet, a video director, dreamed about a leather jacket crusted with barnacles instead of metal studs in 2011 and tweeted about it as soon as he woke up. From there, artist, Lil Internet associate, and Twitter figure Lil Government sent #seapunk into the world with a wink and a nod, where it was taken up by New York art pranksters at Dis magazine and teens on Tumblr before erupting into the larger world.

UK grime first emerged in the 2000s, when musicians such as London-born Dizze Rascal introduced the globe to really original UK hip-hop. Nobody could mistake grime for a poor imitation of American hip hop with its sparse electro sounds and vernacular rhymes. It was one-of-a-kind and entirely English. Nonetheless, grime appeared to disappear from the world arena for a decade, boiling along in the UK, before reemerging in 2015 thanks to musicians such as Skepta and Stormzy. Along with the grime rebirth, a new fashion subculture went global. Along with grime, the UK roadman, dressed out in tracksuits, technical outerwear, low profile helmets, Air Max trainers, and the ubiquitous shoulder bag, would become a global fashion obsession. 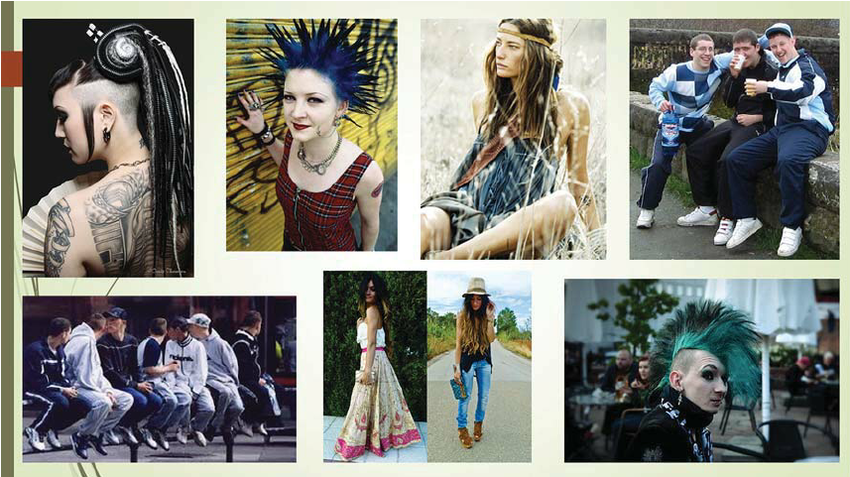