Tsundere Or Yandere Quiz – Which One Are You?

Take this Tsundere Or Yandere Quiz to find out which one you are. We update the quiz regularly and it’s the most accurate among the other quizzes.

Character archetypes appear frequently in Japanese games and anime, and the more you watch, the more you see them. When it comes to characters, there are no more popular archetypes than the “deres”: tsundere, kuudere, dandere, and yandere.

To begin, the term “dere” is derived from the Japanese word “deredere” (), which is an onomatopoeia signifying being in love. We acquire this new terminology for love interests in anime and games by mixing this word with other words. While these phrases are most usually employed to describe female characters, they can also be used to describe masculine characters.

Tsundere
It is a person having a bad attitude. Tsundere Typically, they begin with a tough demeanor and gradually reveal their gentle side. Acts cruelly is violent at times, but on the inside can be really kind. They’re in a bad mood. Also, you must try to play this Tsundere Or Yandere Quiz.

Tsundere (, pronounced [tsndee]) is a Japanese phrase for a character development process in which a person begins frigid (and occasionally antagonistic) before gradually revealing a warmer, kinder side over time.

Tsundere is a combination of the phrases tsun tsun () (‘to turn away in disgust or rage’) and dere dere () (‘to become affectionate’).

Originally used in Japanese bishjo games, the term has since spread to maid cafés, anime, manga, novels, and even mass media as part of the otaku moe movement. Kimi ga Nozomu Eien, a visual novel, popularized the term.

Tsunderes are frequently embarrassed by or unsure what to do with their romantic sentiments, and they become even more combative and egotistical than usual—especially while in close proximity to the objects of their affections. The ongoing inner conflict between pride and love drives how these characters act.

As tsundere characters mature and accept their emotions, they will frequently remain in “tsun” mode in public while becoming more and more “dere” in private.

If a character ever says, “It’s not that I like you or anything,” he or she is almost certainly a tsundere.

Yandere
They are what are known as stalkers. These people may appear sweet and innocent, yet they are quite hazardous. They would kill or attack anyone who stood in the way of their love. These folks are psychotic and insane.

Yandere () is a Japanese name for someone who is initially very kind and compassionate to someone (or at least naive) before their devotion turns harmful, frequently through violence and/or brutality.

The phrase is derived from the Japanese terms yandere (), which means “mental or emotional disease,” and deredere (), which means “to display affection.” Yandere characters are psychologically unstable, often terribly crazy and not mentally sane, and frequently use severe violence and/or brutality to express their emotions.

On the surface, a yandere appears to be a normal girl: joyful, gregarious, and generally well-liked. Love, on the other hand, drives her insane—often brutally so. A yandere’s core concern is that someone (typically another girl) will take the one she loves. She is willing to go to any length to avoid this, including kidnapping and murder.

There are two kinds of yandere: obsessive and possessive. Obsessives will kill anybody or anything that stands in their way of having their “true loves.” Possessives will even kill someone they love in order to avoid having to deal with anyone else.

In other words, once you go yandere, you never go back… primarily because you are shackled to a bed and your legs are broken. 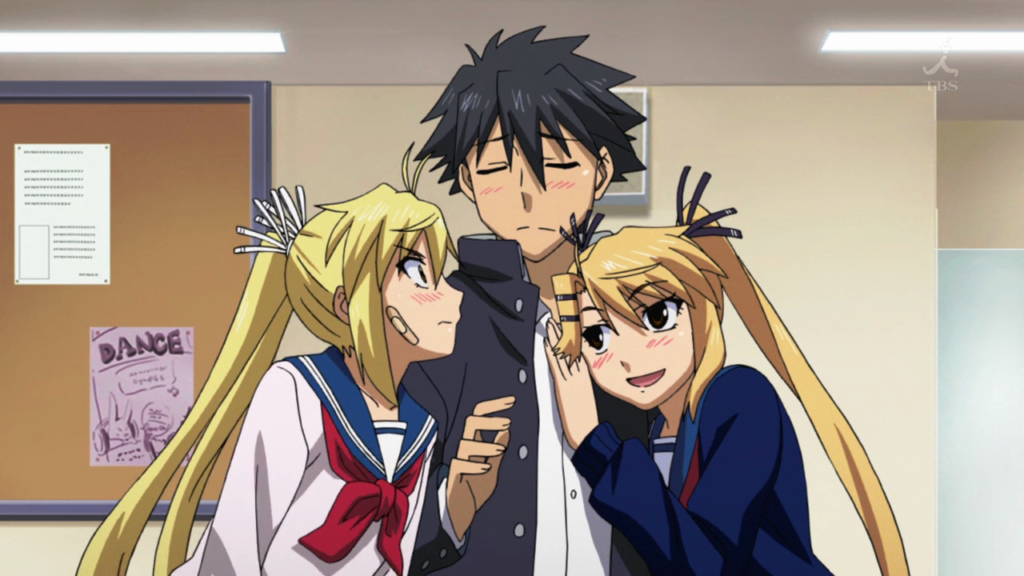