Take this Pogue Or Kook Quiz to find out. We update the quiz regularly and it’s the most accurate among the other quizzes.

If you’re a fan of Outer Banks, you’re already familiar with the two diverse groups of characters. The class differences between the Kooks and Pogues living in the idyllic North Carolina town are highlighted in Netflix’s popular teen drama. Your life could be very different depending on which group you grew up in.

At the start of the series, the show’s protagonist, John B., discusses what life is like in the Outer Banks and how classes are divided. “It’s the kind of place where you have to have two jobs or two houses,” he explains. “There are two tribes. “Only one island.” The Kooks are elite, with wealthy parents. The Pogues are desperate to climb the social ladder in order to become new versions of themselves and start over. It’s similar to Gossip Girl, but with an island twist.

The class divide in Outer Banks was highlighted early in the first season, specifically in the first episode. Sarah’s ex-boyfriend, Topper, jumped John B. and his best friend JJ at a beach just for kicks. Because he was able to. Because no one could stop him. And this isn’t the only scene that demonstrates Kooks’ dominance over Pogues. Also, you must try to play this Pogue Or Kook Quiz.

Continue reading to learn about the differences in class and power between the haves and the have-nots. Now that Season 2 has begun, there is a plethora of information to sift through.

What exactly is a Pogue?
In short, if you’re a Pogue, you live on the island’s south side, also known as The Cut. The Pogues are the working-class people who wait tables, clean boats, and run charters for the wealthy. Essentially, they are the island’s slums—some look down on its residents simply because they live there. Though it’s a little more complicated than that, you don’t have to be a Pogue to be one.

Kie, for example, resides in Figure 8. (where the Kooks reside). Her outspoken personality and no-nonsense attitude, however, make her an enmity to her wealthy neighbors. In addition, Sarah, formerly known as the Princesses of Kooks, rejected her royal title in season one after discovering how vengeful and murderous her family was.

In the pilot, John B. emphasizes that the name of the group is derived from a specific fish. “Pogues, pogies, the throwaway fish,” says the protagonist. [They are] at the bottom of the food chain.” According to what I’ve seen, pogies are used as bait in the fishing industry.

What exactly is a Kook?
Kooks are the people who live on the North Side of the island, also known as Figure 8. The term “Kook” can actually mean two different things. The first is fairly common in the English language—it refers to someone who is slightly off-kilter. On a more interesting note, the term can be used in surfing terms.

A kook, according to GQ, is “an individual who has no understanding of the social and sartorial norms of surfing.” What exactly does that mean? In layman’s terms, according to Urban Dictionary:

Although the terms have very different meanings in everyday parlance, it is clear that any definition used leads to both sides never truly seeing eye to eye. “The island was like America on steroids,” John B. says of his hometown. “The haves and have-nots of any location, magnified and multiplied.”

For more personality and trivia quizzes check this: Dry Scalp Or Dandruff Quiz 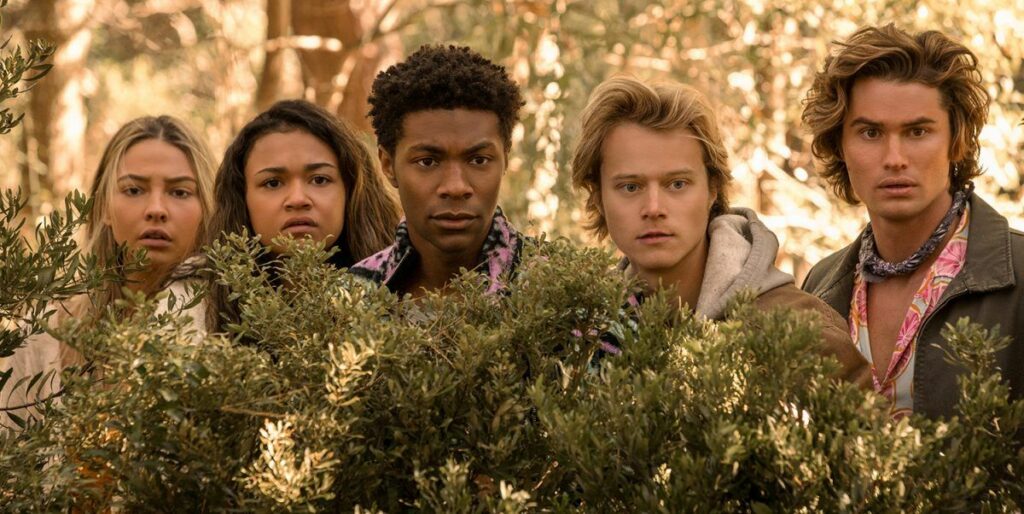